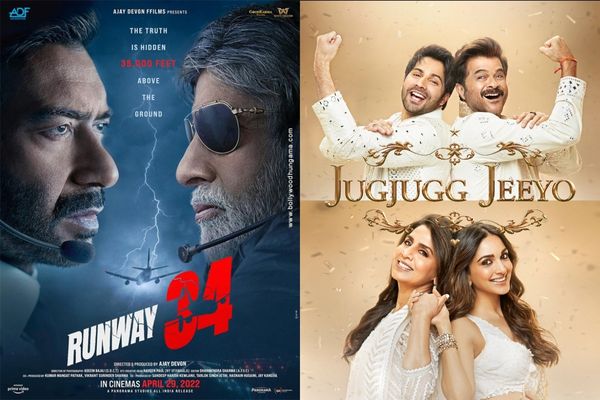 Are you looking for some exciting Hindi movies on Amazon Prime Video to add colours to this festive season from the comfort of your homes? We all know not everyone has the energy to just be all bubbly and cheery on the holidays. Some of us just like to sit back, sip a cup of coffee, snuggle in the bed and watch a good film. If you are one of those who loved Bollywood movies, then you have arrived at the right place, as we have listed the best Hindi movies on Amazon Prime that you can watch right now in 2022.

Ajay Devgn plays a pilot in this movie who safe lands an aeroplane with more than a hundred passengers despite facing severe weather difficulties while flying the plane. However, a stern lawyer played by Amitabh Bachchan questions in court whether he could have avoided the whole scenario by sticking to the simple process. Rakul Preet Singh plays the assistant flying pilot who is rattled when the difficulties arrive. It’s definitely one of the best Hindi movies on Amazon Prime Video in 2022.

A legal drama that we found very entertaining and engaging starring Akashye Khanna and Richa Chaddha as lawyers on opposite spectrums. The film follows a junior costume designer who accuses a filmmaker of molesting and raping her. The filmmaker denies the charges but is ultimately sentenced to a 10-year jail time. However, he appeals against this decision which starts off a hot courtroom battle.

An underrated Bollywood movie that went under everyone’s radar in 2021. Nushrratt Bhrauccha and Saurabh Goyal play a married couple who are forced out of their homes to find refuge in a remote house. However, soon the female in the relationship starts to experience supernatural events which may prove to be fatal for her. Easily one of the most overlooked and perhaps one of the best Hindi movies on Amazon Prime Video in the Horror genre.

Vicky Kaushal is winning countless awards for his portrayal of the freedom fighter Sardar Udham in this biographical drama that is lauded by critics and fans alike. The movie follows the life of the revolutionary Sardar Udham, who plans to avenge the deaths of hundreds of Punjabis in the Jallianwala Bagh Massacre by killing General Michael O’Dwyer.

Taapsee Pannu has starred in quite a few convention-challenging movies. Her recent film Dobaaraa was also a phenomenal sci-fi film. However, Thappad is a drama that questions the deep-rooted evils in Indian society. The movie follows Amrita, a young woman who lives a content life with her husband until one day, her husband slaps her at the office party. She then files for divorce. One of the best thought-provoking Hindi movies on Amazon Prime Video in 2022.

Rishi Kapoor, unfortunately, died before he could even complete the shooting of this film. Paresh Rawal then shot the rest of the movie as Sharmaji, the character played by Rishi Kapoor. This feel-good Bollywood film follows a man who is forced to retire. However, Sharmaji is not content with quietly sitting in the house and sets out on an adventure to explore his culinary expertise.

A timeless classic that featured the best performances by Kareena Kapoor Khan and Shahid Kapoor. Jab We Met is a romantic drama that follows a businessman who runs away from his responsibilities and meets a bubbly girl on the train to form a bond for life. Jab We Met is surely one of the best Hindi movies on Amazon Prime Video to watch with your partner.

Based on the true story of Captain Vikram Batra, Shershaan features Kiara Advani and Sidharth Malhotra in the main roles. The film follows the love story of Armyman Vikram Batra. How he sacrificed his life for his nation without a single other thought is depicted quite effectively in this movie. The last scene is a real tear-jerker. It’s a must-recommended Bollywood film on Amazon Prime Video.

Last but not least, on this list of best Hindi movies on Amazon Prime Video is the greatest travel movie ever made in India. Zindagi Na Milegi Dobara features an ensemble cast that includes Hrithik Roshan, Farhan Akhtar, Abhay Deol, Katrina Kaif and Kalki Koechlin. The movie follows three friends who go on a trip to Spain before the first one among them gets hitched.

Panchayat Season 3 Release Date: What We Know So Far

Panchayat, a highly appraised satirical comedy, has been at the centre stage of the entertainment industry, with its...
Entertainment