Kiara Advani & Sidharth Malhotra Wedding: All You Need to Know The love birds of B-Town, Kiara Advani and Sidharth Malhotra, have almost confirmed on the couch of Koffee With Karan that they are about to get married pretty soon. Recently, Kiara and Sidharth celebrated one year of Shershaah with their fans by coming together live on Instagram. People loved the camaraderie between the two and asked when they would get hitched in the comments. Sid and Kiara avoided the question then but spilt the beans about their love and wedding on Koffee With Karan.

Here’s what transpired on Koffee with Karan that sparked the rumours of Kiara Advani and Sidharth Malhotra getting married this year. 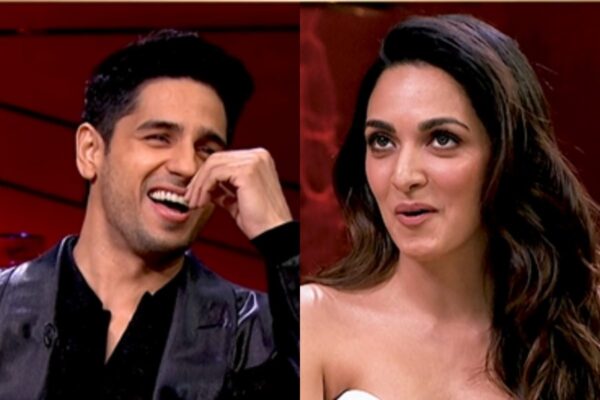 Recently, Sidharth Malhotra and Vicky Kaushal appeared as guests on the talk show Koffee With Karan. The host Karan Johar who is known for extricating details about the love life of Bollywood celebrities teased Sidharth Malhotra with the name of Kiara Advani on many occasions during the show and brought forward some revelations about their wedding, which could happen as soon as the end of 2022.

Karan, when asked Sidharth about a female Bollywood actress who he wished to single, Sidharth answered that he was happy that Kiara was single. This reply completely put a stamp on the assumption of the people that Kiara Advani and Sidharth Malhotra are a couple. Karan Johar also asked Sidharth to invite him to his wedding as he has a big FOMO about missing out on weddings. Sidharth promised that Karan would not miss his wedding. In another exciting segment on the show, Karan showed a clip of Kiara Advani from the upcoming episode of Koffee With Karan, in which he asked Kiara how she would describe her relationship with Sid and when she is hoping to get married.

In the short clip, Kiara says that she thinks her relationship with Sid is more than just being close friends. To her, Sidharth and their relationship are like the love between the love birds of the film Shershaah in which Sid and Kiara starred last year. Kiara also almost confirmed that she hopes to get married by the end of this year.

Hence, we conclude that the SidKiara couple from the B-town will probably get married in either December 2022 or early 2023.

Today's rumor in the Bollywood nation is that the "Zindagi Na Milegi Dobara" starring actress Katrina Kaif and...
Entertainment

Kiara Advani is a hot and bold Bollywood actress who is assumed to be in a relationship with...
Entertainment

Alia Bhatt and Ranbir Kapoor are believed to be getting married this week. While the pair has yet...
Entertainment