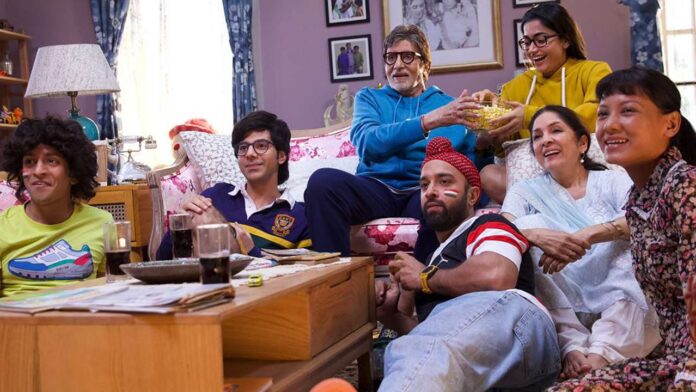 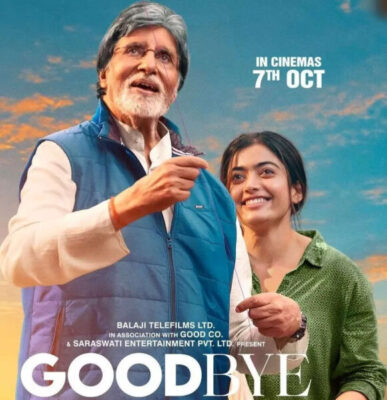 It is written and directed by Vikas Bahl, while Shobha Kapoor, Ekta Kapoor, Viraj Sawant along with Vikas Bahl serve as the producers of this movie. Goodbye (2022) is produced under the banner of Good Co. Balaji Motion Pictures, and Saraswati Entertainment Pvt Ltd. Amitabh Bachchan’s Goodbye movie OTT Release Date, Platform, Where to Watch, TV Rights, and more are covered here.

The right to stream the film digitally has already been bought by an OTT service. The OTT users would be delighted to know that Amitabh Bachchan and Rashmika Mandanna’s Goodbye movie will release on one of the most popular OTT platforms ZEE5 in India.

Usually, it takes about 2 months for a Bollywood movie to make its OTT debut after the theatrical release. One can expect Amitabh Bachchan’s Goodbye movie to release on the OTT platform ZEE5 in the month of December as it releases in theatres on 7th October 2022.

Amit Trivedi is proving the music for the Goodbye movie. Recently, a song called Jaikal Mahakal was released on YouTube. The principal photography for Amitabh Bachchan’s Goodbye movie began in April 2021, and the film has been wrapped up already to gear up for its theatrical and OTT release.

Nothing keeps a series intriguing, thrilling, and oh so romantic, like a little touch of love. Take a...