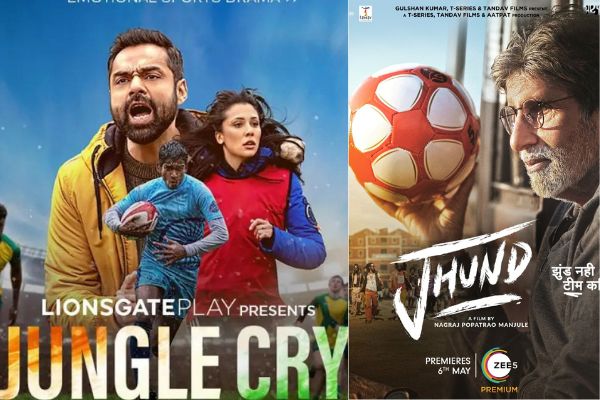 2022 has been a year of great content for movie lovers. Bollywood films like Hit The First Case, Janhit Mein Jaari, Runway 34, Gangubai Kathiawadi, Jugjugg Jeeyo and more gained praise for all the right reasons. These films brought the Bollywood industry into competition with Tollywood, which had been taking over the Indian market with films like KGF 2, Vikram and RRR. However, in the midst of all the pomp and show, a few Bollywood movies have remained underrated despite showcasing a great story. These movies definitely deserve at least a one-time watch. 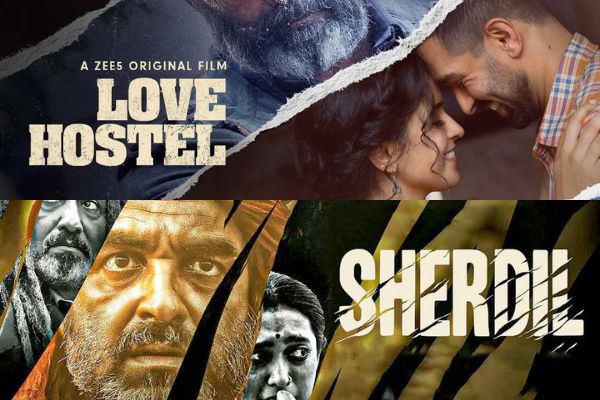 Here are the Underrated Bollywood Movies Released in 2022:

Love Hostel is one of the most underrated Bollywood movies released in 2022. The film was released directly on ZEE5 in February 2022. It stars Bobby Deol, Vikrant Massey and Sanya Malhotra in prominent roles. The film, directed by Shanker Ramen, tells the story of a couple who elopes together, and their family sends a ruthless killer after them.

Jhund is probably the most criminally underrated Bollywood film released in 2022. The film stars Amitabh Bachchan in the lead role. Directed by Nagraj Manjule, the film tells the story of a retired sports teacher who forms a football club of slum-dwelling children in order to give them a new life which is not plagued by drugs and crime. It is also available to stream on ZEE5.

Jalsa, directed by Suresh Triveni, is a Hindi thriller that stars Vidya Balan and Shefali Shah in lead roles. The film has received praise for its intense, thrilling sequences from critics. It tells the story of a hit-and-run case which changes the entire dynamics between a woman and her household. You can stream it on Amazon Prime Video in 2022.

The last Bollywood film of the late actor Rishi Kapoor was released in the month of March on Amazon Prime Video. Rishi Kapoor passed away before the shooting of the film could be completed, and Paresh Rawal stepped in to play his role for the remaining part of the movie. Directed by Hitesh Bhatia, this film tells the story of a man who explores his culinary interests after being forced to retire.

Operation Romeo was quietly released on Netflix in April 2022 and went under the radar of movie lovers. The film, directed by Shashank Shah, stars Bhumika Chawla, Vedika Pinto and Sidhant Gupta in lead roles. It tells the story of a young couple whose evening turns into a nightmare when they encounter two mysterious strangers.

Thar, starring Anil Kapoor, Fatima Sana Sheikh and Harshvardhan Kapoor, is available to stream on Netflix. The film is directed by Raj Singh Chaudhary and draws its inspiration from western cowboy films. It follows a veteran cop who sees a chance to make it big by unearthing the mystery behind a murder in a sleepy desert town. Probably the most underrated Bollywood movie of 2022 despite having a relatively known cast.

The Conversion is a dramatic film directed by Vinod Tiwary. It stars Vindhya Tiwari, Ravi Bhatia, Sapna Choudhary and Manoj Joshi in lead roles. The film tells the tale of a young woman who tries to navigate the issue of religious conversion while being involved in an inter-faith marriage.

The Jungle Cry is truly a masterpiece that everyone deserves to see. The film is currently streaming on Amazon Prime Video, and we highly recommend you watch it. With Abhay Deol delivering a nuanced performance as the coach of underprivileged children to went on to win the U14 Rugby World Cup in England, you will not be able to let your eyes rest while watching this epic movie.

Ardh marked the debut of TV actress Rubina Dilaik in Bollywood. The film is currently streaming on ZEE5 and stars Rajpal Yadav as the other lead alongside Rubina Dilaik. It is directed by Palash Muchhal. The film follows the journey of a struggling artist in Mumbai.

Sherdil: The Philibhit Saga stars Pankaj Tripathi, Sayani Gupta and Neeraj Kabi in main roles. The film is directed by Srijit Mukherji. It is based on the real-life story of people residing in a village named Philibhit. The movie shows how the struggling elderly farmers let themselves be mauled by Tigers to have their families receive compensation from the government.