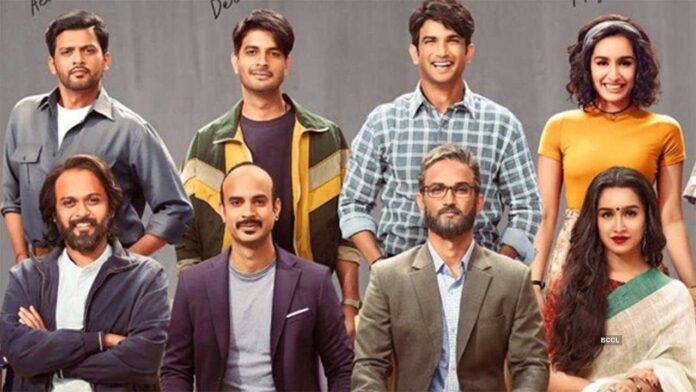 A major fight or a massive action scene is not necessary for an engaging or thrilling movie. Just a tale based on real life that is more authentic and familiar to moviegoers than any gunfire or race. We’re discussing narratives that examine mental health and the effects that different illnesses may have on people’s lives, friendships, and other aspects of their existence. So Flickonclick is back with the 10 Best Mental Health Bollywood Movies that you can stream to get rid of your anxiety.

In a diversified country like India, people are concerned about a wide range of problems and work tirelessly to find solutions. But mental health is the one subject that is consistently ignored. But nowadays both Hollywood and Bollywood movies have started raising this concern and are depicting it beautifully to normalize it.

Scroll down to know the finest Mental Health Bollywood Movies

One of the flicks centered solely on the subject of mental health is labeled Dear Zindagi. In the storyline, Kaira (portrayed by Alia Bhatt) is a cinematographer who battles parental neglect and deep-seated emotional disturbances. When she comes to this realization, she decides to consult Shah Rukh Khan’s character Jug, an unusual psychiatrist. Her struggle toward self-actualization, recovery, and cover is depicted in the film. It broke down barriers since it applied to a significant number of youthful teenagers and adults and normalized therapy and the necessity for professional guidance while discussing one’s well-being and mental health issues.

Everybody gets thrashed by their parents for not performing well in academics when they are young, but no one ever asks them why. However, the smash hit film Taare Zameen Par from 2007 raised the possibility that the young person may have a mental condition and that is why he is struggling academically. The topic was treated remarkably fairly yet rationally, allowing us to see firsthand the psychological anguish and abuse that people with dyslexia experience.  Taare Zameen Par is one of the most appreciated Mental Health Bollywood movies in India and internationally.

In the film Kartik Calling Kartik, Farhan Akhtar‘s character battles schizophrenia and personality disorder, two dangerous conditions. Kartik is an introverted man who keeps placing the guilt for his brother’s demise on himself. Eventually, he resolves to confront this by seeking therapy. The theme of the film is mental health and well-being.

The movie’s main protagonist exhibits both suicidal and anxiety-related inclinations. In contrast to Priyanka Chopra‘s character, who experiences despair after being betrayed by her boyfriend, Ranbir suffers from post-traumatic stress syndrome after being bankrupt. The movie doesn’t take a very sympathetic approach, but it accurately captures what the majority of individuals in this age experience frequently. One of the best Mental Health Bollywood Movies that perfectly addresses mental health issues is Anjanna Anjanni.

Atrangi Re features Rinku, a character who experiences hallucinations and communicates with a fictitious individual. Schizophrenia is very present in this situation. In the end, the film generalizes various behavioral and mental diseases and lumps them all together. The film also had numerous comedic moments and emphasized the value of mental health and well-being.

In the movie, Sushant Singh Rajput portrays a teenager’s father. After learning that he did not pass the IIT, his son attempts suicide. Sushant Singh also tells the tale of his time in college as a dad, with the message that nobody is a loser. In the movie, Sushant and his six buddies live in a hostel. And provides us with a peek at the tale of how those who have been labeled losers battle to gain their respect. it is one of the best Mental Health Bollywood Movies that demonstrate how we may improve our lives and make the most out of what we have. It also highlights the typical peer pressures that students face in today’s competitive world.

In the plot, Ved, portrayed by Ranbir Kapoor, is seeking to understand who he is while Tara, represented by Deepika Padukone, attempts to support him on his quest. The movie demonstrates how others usually don’t comprehend a borderline personality disorder sufferer’s actions. The undiscovered genre’s crown jewel, Tamasha, depicts how a man’s life may turn on its edge when they are afflicted with a condition that no one can truly understand. Moreover, constant support during this time is true bliss. It is one of the Mental Health Bollywood Movies and ranks 7th on our list.

The bipolar condition that Kareena Kapoor’s character experiences in this movie about the realm of glitz and glamour are a consequence of trauma she experienced as a youngster. She is labeled unstable and dangerous, which demonstrates how society views mental disorders. Her manic depression and struggles with mental illness in the film contributed to her decline in her profession. It’s one of the best fusions of the Mental Health Bollywood Movies of all time.

My Name is Khan

Shah Rukh Khan portrayed a character with Asperger’s syndrome in the film. Significant social interaction challenges are a hallmark of this disorder. In the US, Rizwan (SRK) marries Mandira, a  SINGLE mom.  Following the 9/11 attacks, there is a rise in anti-Muslim sentiment in the US, which prompts Rizwan and Mandira to experience their tragedy after a period of happiness for the family.

Bollywood frequently makes fun of age discrimination and memory issues, but Black broke new territory. The film featured  Alzheimer‘s, a mental condition associated with aging. The audience became more understanding of the people who encountered these problems. It is one of the best Mental Health Bollywood Movies by Superstar Amitabh Bachchan.