Hrithik Roshan has delighted Bollywood fans with his best movies for over two decades now. He debuted in the blockbuster Kaho Naa Pyar Hai (2000). The film was so successful that Hrithik was dubbed as the next big thing in Bollywood with just one performance. Fast forward to 2022, Hrithik Roshan is one of the biggest superstars in Indian cinema.

The Krrish actor has come a long way and has started doing only one or two movies in three to four years. He dedicated himself to the roles to achieve perfection. Hrithik is making a comeback to big screens with Vikram Vedha, which is slated to release on 30th September 2022. This will be his first movie after 2019’s War. 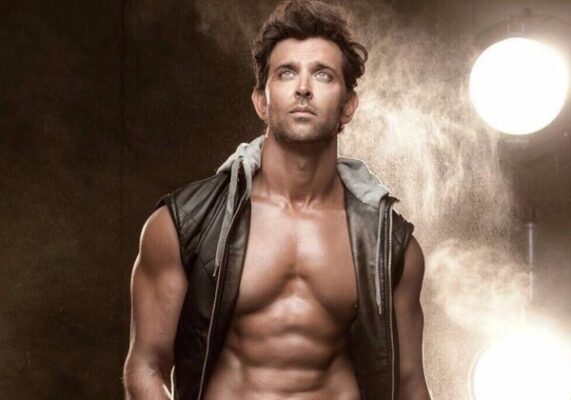 The Jodhaa Akbar (2008) actor has given countless brilliant performances throughout his career. Some of Hrithik Roshan best movies are loved not just in India but all over the world. He is hailed as Bollywood’s Greek God. Many times Hrithik has been featured in the list of most desirable men in the world. The actor continues to scale new heights to success with each passing year.

Here we have collected the best movies of Hrithik Roshan while we eagerly wait for his next films like Vikram Vedha, Krrish 4 and Krrish 5 to hit the theatres. Let’s count how many movies you have seen on this list.

List of Hrithik Roshan Best Movies that Proves He is a Born Superstar:

Directed by Sanjay Leela Bhansali, Guzaarish is the pinnacle of filmmaking. One of the most criminally underrated movies ever, Guzaarish is one of the best movies featuring Hrithik Roshan. The film is made on the concept of death by choice, often referred to as euthanasia. Along with Hrithik, the film also features Aishwarya Rai Bachchan and Aditya Roy Kapur as the main leads. Guzaarish follows a quadriplegic magician who files a plea for euthanasia.

Koi Mil Gaya, directed by Hrithik’s father, Rakesh Roshan, showcased to the world that Indian cinema can also achieve good results while experimenting with the sci-fi genre. The movie proved that Hrithik is a versatile actor who can shine in any role. Hrithik received many awards for this film, including a Filmfare Award for Best Actor and an IIFA Award for Best Actor. It follows a mentally disabled guy who befriends an alien who changes his life drastically. No matter who you ask, most of the time, people would tell you that Koi Mil Gaya is one of the best Hrithik Roshan movies.

Before Aamir Khan took over the Dhoom franchise in the third part, Hrithik Roshan made it popular with his fine performance in the second part. Aishwarya Rai Bachchan, Abhishek Bachchan and Udit Chopra also star in this movie, which is India’s finest film about a super thief. Even Aamir failed to recreate the magic in the third part that Hrithik had created in Dhoom 2. It’s one of the best movies of Hrithik Roshan. The film garnered the actor a Filmfare Award for Best Actor.

An iconic Bollywood historical period drama Jodhaa Akbar is a surreal film that you can watch over and over again. Hrithik Roshan as Akbar was fantastic, and he was well complimented by Aishwarya Rai Bachchan as Jodhaa. The film traces the love story of the Mughal emperor Akbar and his Hindu wife, Jodhaa. AR Rahman’s music in the film is also a blessing to the ears. One of the best Hrithik Roshan movies ever, Jodhaa Akbar won the Filmfare and IIFA Awards for Best Film and Best Actor.

Hrithik made his debut with Kaho Na Pyar Hai and instantly got recognition from everyone for his great dancing movies and acting skills. He was a complete package that drew the viewers towards this film. Ameesha Patel and Anupam Kher also featured in this blockbuster that won numerous awards. One of Hrithik Roshan’s best movies ever, Kaho Naa Pyar Hai, garnered the actor a Filmfare and IIFA award.

Hrithik Roshan, Katrina Kaif, Farhan Akhtar, Abhay Deol and Kalki Koelchin star in this Bollywood film that has been touted as one of the best travel Hindi movies ever. It follows three friends, Kabir, Arjun and Imran, who go on a vacation to Spain before Kabir’s marriage. The trip turns into an emotional and fun rollercoaster ride that gives them a new perspective on their lives. Easily one of the best Hrithik Roshan movies ever.

Hrithik Roshan received a nomination for Best Actor at Filmfare Awards for this inspiring and motivational Bollywood film. It follows a mathematician from Patna who rose through the ranks with his hard work and skill to run his own facility called super 30, which helped students from poverty-stricken backgrounds to secure a seat at IIT. This is one of the best movies of Hrithik Roshan that you should not miss out on.

This Karan Johar movie is one of the most famous Indian drama films ever. Kabhi Khushi Kabhie Gham features an ensemble cast which includes Amitabh Bachchan, Shah Rukh Khan, Hrithik Roshan, Kajol and Kareena Kapoor Khan. The film explores the dynamics of a family when an adopted goes against his father’s wishes to marry a girl from the lower strata of society. It has to be on the list of the best movies of Hrithik Roshan.

This is a sequel to Koi Mil Gaya, which starred Hrithik Roshan, Rekha and Priyanka Chopra. Krrish is India’s most successful superhero franchise film. The third part of this film was released in 2013, and Krrish 4 and 5 are highly awaited by the fans. The movie follows a superhero who lives as a recluse with his grandmother, but circumstances take a turn when he falls in love with a girl. This list of best movies of Hrithik Roshan would have been incomplete without including Krrish.

Last but not least on the list of best movies of Hrithik Roshan is Bang Bang which is a remake of the Hollywood film Knight Day featuring Tom Cruise and Cameron Diaz. Bang Bang also stars Katrina Kaif in the lead with Hrithik. The movie is a fun and action-packed adventure that makes it a must-watch. It follows a thief who is being chased by notorious criminals for stealing a diamond.

Irrfan Khan was a highly respected and beloved actor in both the Indian and international film industries. Throughout...
Entertainment

Love is a complex emotion that is difficult to define in a single statement. Rather, We believe it is...