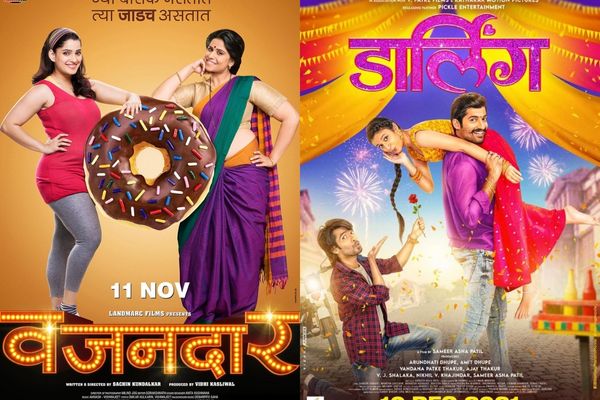 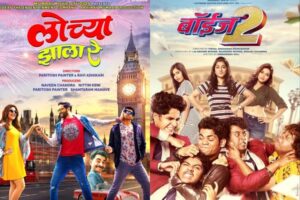 This Marathi comedy movie is adapted from a Hollywood film and gives a hilarious touch to women’s psychology. The film follows a man who is frustrated with all the women in his life. However, he discovers that he has the superpower to listen to any women’s thoughts, and this completely changes his outlook.

A man living in Birmingham cons his uncle by telling him that he is married. He regularly gets a stipend from him by lying about his married life. However, chaos ensues when his uncle makes a visit to Birmingham to meet his wife. It’s one of the funniest and best Marathi comedy movies to watch right now.

Babli, a young girl, is looking for love in her life, and much to her surprise, she finds it in abundance. Three young men fall for her and try their own best methods to woo her. The concept of the film must have already given you the vibes of hilarity and fun this Marathi comedy film brings.

A young aspiring dancer from a small town in Maharashtra gets a chance to participate in a huge dancing competition in Mumbai. Her family opposes the idea of her going too far away for just the sake of competition. However, she does not listen to her family and goes on an adventure to bring back the prize money with her. Her journey is filled with fun and joy, which makes it one of the best Marathi comedy movies on OTT.

It’s a romantic comedy-drama that spins the concept of childhood and true love in a goofy, funny story that you will thoroughly enjoy. The film follows a man who meets her childhood love after about 15 years but soon realises that the girl he fell in love with was much more different from the current version of the girl.

A hilarious take on fitness and obesity, Vazandar is among the best Marathi comedy movies released recently. The film follows two women who take up a gruelling regimen in order to shed the excess fat they have accumulated. Their journey is filled with joy and unseen events that make it a must-watch film.

This is India’s own version of The Boys (just kidding). Boyz 2 is a hilarious buddy comedy film that follows three friends who enter college. They take up the task of bringing down a senior infamous for ragging and bullying. You will love the aspects of college life shown in this life and may even end up reminiscing about your days in college. It’s one of the best Marathi comedy movies to watch in 2022.

It follows Pandu and Mhadu, two police constables whose life drastically changes after they are included in the Maharasthra police force at the behest of an influential politician. The movie packs a hilarious punch that will make you laugh out loud. It’s our personal favourite on this list of best Marathi comedy movies on OTT platforms.

Two friends, Keshav and Pushkar, join a medical college and begin their life of adventures and excitements. The aspiring doctors learn valuable life lessons in the midst of all the fun that the film envelops.

Finally, to finish off the list of best Marathi comedy movies on digital streaming platforms, we have Shikari, a rib-tickling comedy drama that follows a woman who marries a director. However, her ambitions make her follow a different man than her husband.

Do you wanna grab your popcorn and watch a film that takes you from the boredom and monotonicity...
Offers

ZEE5 is one of the most extensive streaming services for South Asian entertainment on the globe. ZEE5 is...