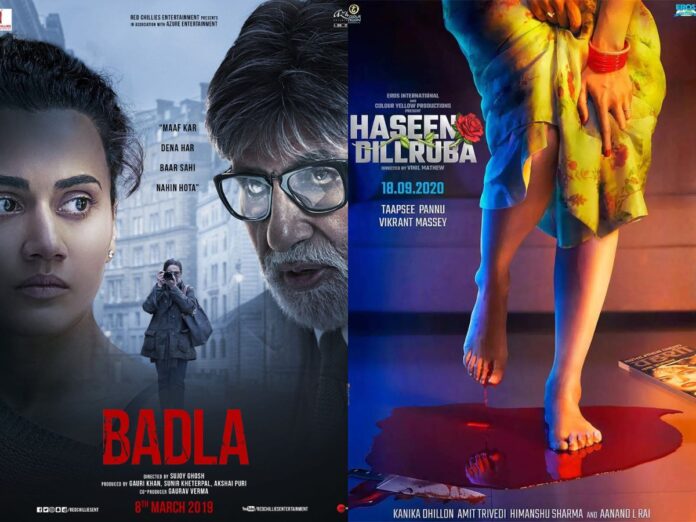 There is no better film than Drishyam in the genre of suspense in Bollywood. This is without a doubt one of the best Hindi suspense movies ever. Ajay Devgn, Tabu and Shriya Saran feature in this suspense drama that follows a cinema owner who hatches a mysterious plan to save his family from going to prison.

A police officer who has lost his daughter and an elderly man whose daughter was killed by a few criminals meet and strike a friendship. The elderly man is secretly plotting to kill the murderers of his daughter. Amitabh Bachchan and Farhan Akhtar have nailed their roles in this flick. It’s surely one of the best Hindi suspense movies to watch on Netflix.

This low-budget Indie film is a must-watch Hindi suspense movie on Netflix due to its theme that deals with discrimination against women in society. It shows how even the women police are subjected to the age-old stereotypes that result in many gender issues that we as a society grapple with every day.

Another low-budget Bollywood suspense movie that many may not have heard of despite it featuring Shefali Shah and Rasika Dugal. The film follows a widowed restaurant owner and a lonely film actor who finally meet up after a chance phone call ends up uniting the two. It’s one of the best Hindi suspense movies on Netflix in 2022.

The bone-chilling that unwraps at the end of this suspenseful Bollywood movie will surely shock you. It deals with a woman who is accused of killing her husband. She meets up with her lawyer and the conversation between the two leads to striking truths and revelations. Taapsee Pannu and Amitabh Bachchan are brilliant in this Hindi suspense movie.

A psychological thriller that is personally my favourite in this list of best Hindi suspense movies on Netflix. A man who is bullied at work and failing in love starts to receive calls that positively change his real life. But the only worry is that the one calling him is none other than himself.

This Netflix original Hindi suspense movie features Jacqueline Fernandez as a wife who copies a string of murders to prove to law enforcement that her husband who is jailed because of gruesome murders is actually innocent in real.

The late great Sridevi has done a fantastic job in this Bollywood suspense film. She is cast as a stepmother who sets out to seek revenge on four perpetrators who walked free despite sexually assaulting her stepdaughter. This engrossing tale of revenge makes it one of the best Hindi suspense movies on Netflix.

A wife suspected of murdering her husband starts to recount the tale of her thorny marriage to law enforcement which begins to point more toward her as the culprit. What is her end goal? Find out by watching this phenomenal Hindi suspense movie on Netflix.

Nawazuddin Siddiqui and Radhika Apte feature in this suspenseful Bollywood film that keeps you guessing till the end. A cop investigates the murder of a landlord but his investigation is impeded by the victim’s secretive family and his own conflicted past.

Bollywood films have had a significant impact on us through their storylines. They always find a way to...
Offers

Netflix announced that it will offer free subscription in India for 5th and 6th of December. This means...
Entertainment

Headspace Guide to Meditation on Netflix Worth The Watch?

HBO Max popularised the show, A World of Calm by having some of our favourite celebrities read us...
Entertainment

The Tamil language is starting to gain more and more popularity in India due to Tamil dubbed web...