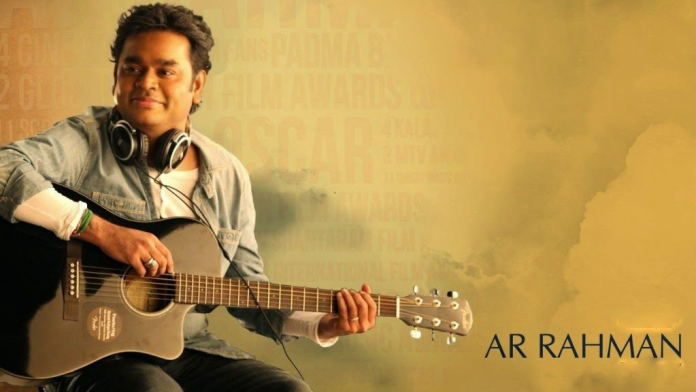 Is there a need to give an introduction of the God of Music? AR Rahman, a successful singer with his melodious voice turned many people into his fans and created fame all over the world that his name is identified by the many great Hollywood artists too.

AR Rahman songs are so pleasing that you will wish to listen to them on repeat for continuous long hours. He has taken music to another level and there are a few singers like him who are blessed to have a divine voice. We have prepared a list of 10 best AR Rahman songs that make him the God of music:

No doubt that this song still gives goosebumps to every patriotic person of this beautiful and unified nation. It has been so many years since the song came out and no one dares to skip this song if he/she encounters it listening publicly. No doubt that Rahman’s voice is divine and powerful. His voice soothes our ears every time we hear him singing. This song was released in 1997 and this is a song from the album ‘Vande Mataram’. This divine song has been nominated for International Viewer’s Choice Award for MTV India.


This song deeply connects our soul with the supreme father of this wonderful world called ‘God’. In this song, Rahman pleads God to reside within our hearts with his godlike voice. This song featured in ‘Jodhaa Akbar’ film in 2008 and had been nominated for Guild Award for Best Male Playback Singer and Guild Award for Best Lyrics.

How this song cannot be present in your playlist? This was the most heartfelt song of the year 2011 and did feature in the film ‘Rockstar’. Apart from A.R. Rahman, Javed Ali and Mohit Chauhan were also the artists of this song. It got nominated for GiMA Award for Best Male Playback Singer and won Mirchi Music Awards for Song Representing Sufi Tradition.

Rahman was honored with two Oscars for this another great composition and singing back in 2008 when this song featured in ‘Slumdog Millionaire’. The movie itself won numerous awards and gave a new shape to Bollywood.


This song is considered one of the best compositions of AR Rahman in his entire career. This masterpiece featured in the film ‘Tamasha’ back in 2015 and had been nominated for Filmfare Award for Best Female Playback Singer and many more. It also won a couple of awards – Filmfare Award for Best Lyricist and Mirchi Music Awards for Listener’s Choice Song of the Year.

Another patriotic song in the list of A.R. Rahman’s best songs. How can anybody forget the name of that film ‘Swades’ in which this song was featured back in 2004? This movie brought a new outlook of our Indian society at that time. This song got nominated for Zee Cine Award for Best Playback Singer.


After all, it was Imtiaz Ali’s decision that this song has to be recorded in A.R Rahman’s voice, and also making it more gratifying in its high notes. This adventurous pitch of this song made the film ‘Highway’ popular when it was released in 2014 and it also got nominated for Filmfare Award for Best Lyricist.

Roobaroo wasn’t the only song of A.R. Rahman in the film ‘Rang De Basanti’ which delivered goosebumps. It was surely a memorable moment of his life that he composed a song with Lata Mangeshkar. This song will melt your heart and it is a recommended the song to be on your playlist. This got nominated for IIFA Awards for Best Female Playback Singer.

Ali Sethi is a Famous Pakistani singer who is appraised and loved all over the world. He has...
Entertainment

Every year on March 8th, the world celebrates International Women's Day or Women's Day. The day is observed...
Entertainment

Satinder Sartaaj is a legendary Sufi singer whose hit songs needs no introduction. He is a man whose...
Talent