Aamir Khan and Kareena Kapoor Khan were the latest guests to feature in Koffee With Karan 7, hosted by Karan Johar. The star pair did not let down a single chance to make the show fun and hilarious to watch. Kareena Kapoor Khan was the livewire of the talk show with her Poo-personified answers to Karan’s spicy questions. Meanwhile, Aamir quietly stole the show with his one-liners and unfiltered approach. Kareena perfectly summed up the episode by saying, “And you thought Aamir Khan would be boring?” Here are a few highlights of Aamir Khan and Kareena Kapoor in Koffee With Karan 7: 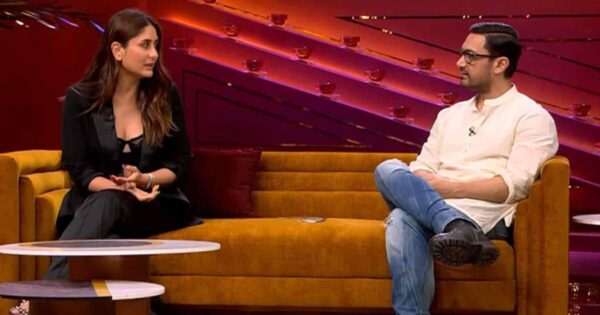 Aamir brutally trolled Karan Johar throughout the whole episode. Even the host had to say at one point that he has got another troller in the industry. The other is Kangana Ranaut, obviously. Aamir revealed on the sets of Koffee With Karan 7 that he liked only Kareena’s Poo character in the film, and unfortunately, it was the only thing that he liked about the film. Karan was left speechless by Aamir’s remarks. 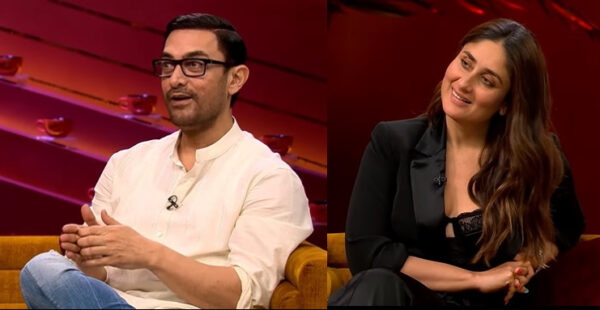 Aamir Khan brought back the good old memories by using the famous line from the film Andaz Apna Apna. When Kareena said that the paps like her more and added that the paps prefer to photograph her, Aamir quickly came back with a response in a tweaked voice and said, “Dekho ek sentence mein do-do baar insult kar diya.” It surely reminded us of Andaz Apna Apna’s hilarious dialogue- “Unka ek ek sawaal humare do do jawaab.”

The Moment When Kareena Channeled her Inner Poo 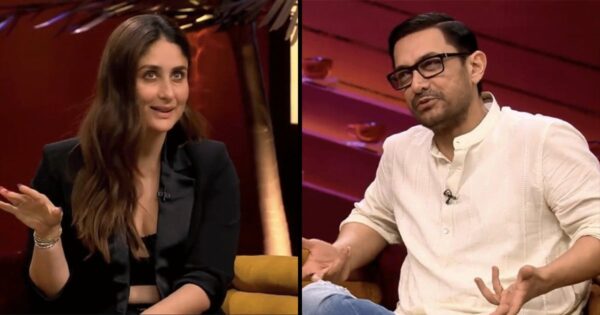 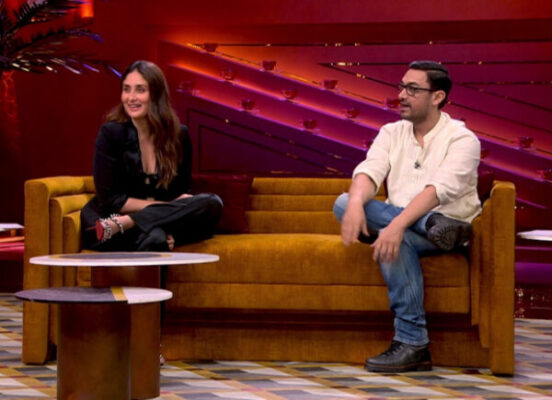 Karan Johar said during the episode that people were calling him biased on social media due to him being partial to Sara Ali Khan when she visited the show with Janhvi Kapoor. Karan said that he felt bad when Janhvi lost both rounds to justify his stance in that episode. However, Aamir was clearly not entertained by the explanation as he quickly said, “So you were being nice to someone? Kya baat kar raha hai yaar.”