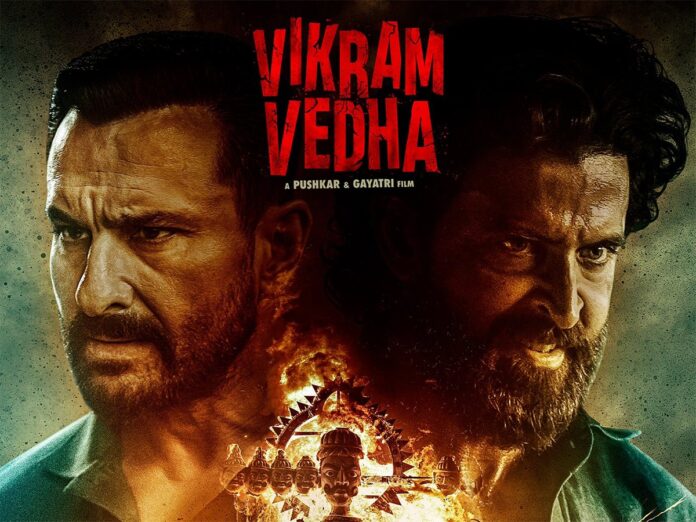 Vikram Vedha starring Hrithik Roshan, Saif Ali Khan and Radhika Apte, is going to release in theatres on 30th September 2022. The movie is a remake of the Tamil film of the same name starring Vijay Sethupathi and R Madhavan. Those who have witnessed the Vikram Vedha trailer must be fascinated by its intriguing tone and promising storyline. However, we’ll have to wait quite a few days to watch the film. Therefore, we have made a list of the best similar movies like Vikram Vedha that you can stream on OTT platforms. 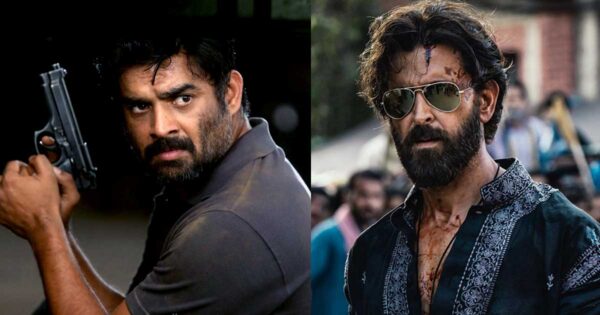 Here are the 7 Best Similar Movies Like Vikram Vedha to Watch:

As we all know, Vikram Vedha is a remake of a Tamil film. Then what’s better than watching the original flick while waiting for the Hrithik and Saif starrer to come alive in cinemas? It’s easily one of the best similar movies like Vikram Vedha. You can stream this film on Disney+ Hotstar in India.

D 16 is another thriller similar to Vikram Vedha that you can watch on Disney+ Hotstar. The movie follows inspector Deepak who is assigned the case of a couple’s death under mysterious circumstances. However, he loses one of his legs while conducting his investigation, which leads to the end of his career. It is streaming on Disney+ Hotstar.

This iconic thriller starring Naseeruddin Shah and Anupam Kher in the lead role is a cat and mouse game between a cop and a criminal quite similar to Vikram Vedha. The film follows a man who turns into a mastermind criminal after witnessing a harrowing bomb blast which claimed the lives of hundreds of citizens. You can stream it on YouTube.

One of the best movies like Vikram Vedha, Talvar, will make you question what is right and what is wrong. This thriller starring Irrfan Khan in the lead, is a film based on the original murder case of a girl named Arushi. The edge-of-the-seat thriller is a hard-hitting investigative drama streaming on Disney+ Hotstar.

One of the most underrated Bollywood movies ever, Manorama Six Feet Under is a classic crime thriller mystery starring Abhay Deol in the lead. The film follows a man who is tasked by a minister’s wife to find proof of his extramarital affair. However, new secrets and lies emerge when the man starts to dig for the truth. It’s one of those movies like Vikram Vedha that will keep you guessing until the end. You can watch it on JioCinema.

A classic crime drama movie starring Amitabh Bachchan and Farhan Akhtar Wazir is a film that has achieved the status of a cult classic. Two men- a police officer and a chess grandmaster, mourning the loss of their daughters meet and strike a bond instantly. However, their motives lead to unimaginable circumstances. Due to the cat and mouse game theme between the police and criminals, it has to be on the list of best movies similar to Vikram Vedha. It’s available on Netflix India.

An investigative thriller mystery featuring Akshaye Khanna, Sidharth Malhotra and Sonakshi Sinha Ittefaq is an underrated and one of the best similar movies like Vikram Vedha to watch on Netflix. The movie follows a police officer who is assigned to investigate a double murder in which his prime suspects are also his prime witnesses.

Vivek Agnihotri's The Kashmir Files is a 2022 Indian Bollywood drama film. The film, which was developed by...
Entertainment

Disney+ Hostar launched a number of new shows and movies in April 2022, including Moonlight, Death on the...