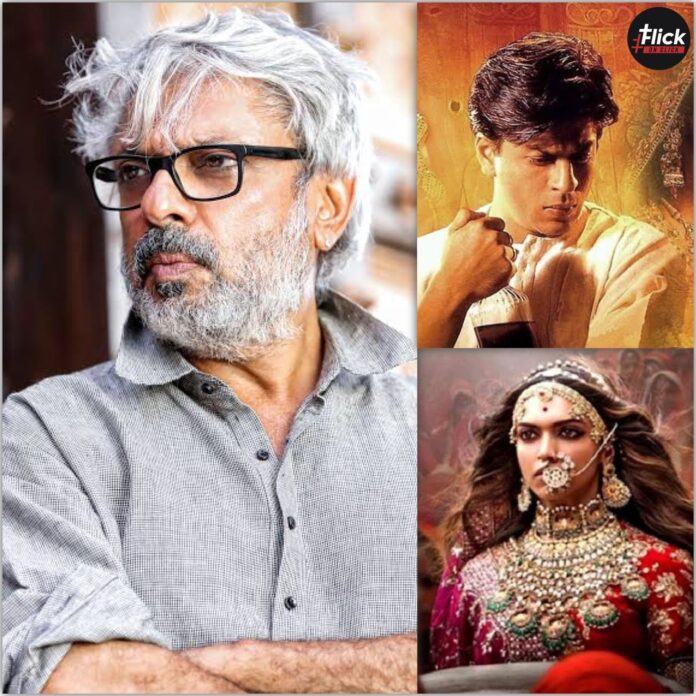 Sanjay Leela Bhansali is, without a doubt, one of Cinema’s most recognized directors. The director, renowned for using lavish sets and delivering foot-tapping music, has produced some excellent films over the last two to three decades. In Bollywood films, Sanjay Leela Bhansali’s name is linked with grandeur. And deservedly so, for the director isn’t afraid to polish even the smallest aspects of his pictures. Indeed, Bajirao Mastani won him the National Film Award for Best Cinematography in 2016.

He also won a National Film Award for Best Music Production and a Filmfare Award for Best Music Director for his contribution to Blockbuster Padmaavat. Unlike his previous movies, which centered on a female mafia don, his next, the crime thriller Gangubai Kathiawadi (2022), debuted after major delays from 2020 owing to COVID-19, but earned him large revenues and became a financial success. We’ve created a list of seven outstanding Sanjay Leela Bhansali movies to watch on Amazon Prime Video, YouTube, and JioCinema that will take you to another universe.

Devdas is a classic story about love, loss, and drunkenness that follows Devdas and Paro’s flawed romantic drama as well as the former’s spiral into drunkenness. This tragic story is a version of Sarat Chandra Chattopadhyay’s 1917 novel of the same title, which has had numerous adaptations in large and small theaters. But it was Sanjay Leela Bhansali’s 2002 rendition, featuring Shah Rukh Khan, Aishwarya Rai Bachchan, and Madhuri Dixit, that truly stuck with us because of its overwhelming scale. The film is the show’s first colorful adaptation.

Sanjay Leela Bhansali’s Hum Dil De Chuke Sanam is another beautifully depicted romantic drama. It features Aishwarya Rai Bachchan as Nandini, a young girl divided between her love, portrayed by Salman Khan, and the virtuous guy (Ajay Devgn), chosen by her dad. Through adorable situations, the tale takes you through her knowledge and growth of love.

Sanjay Leela Bhansali’s engaging narrative makes Bajirao Mastani a fantastic movie. The enormous historical drama is centered on the life of Peshwa Baji Rao I, the valiant Maratha warrior, and his two ladies, Kashibai and Mastani. In the movie, stars Ranveer Singh, Priyanka Chopra Jonas, and Deepika Padukone represent them, and bring you a carefully detailed tale of their romance, loss, and war-torn lives.

This period drama love film, inspired by Malik Muhammad Jayasi’s famous poem of the same name, is one of the costliest Indian films ever filmed. The film’s primary actors are Ranveer Singh, Deepika Padukone, and Shahid Kapoor. Although not being broadcast in all states, it has become the 10th highest-grossing Indian film ever made.

This tragic romance film, apparently based on William Shakespeare’s Romeo and Juliet, was devoted to Sanjay Leela Bhansali’s mom Leela. Deepika Padukone and Ranveer Singh have major parts in the film, which feature a variety of catchy songs and an engaging plotline.

Sanjay Leela Bhansali wrote and directed Saawariya, a love movie based on Fyodor Dostoevsky’s 1848 tale White Nights. The movie depicts Ranbir Kapoor as Raj, a musician who finds love with Sakina (Sonam Kapoor) immediately after meeting her. She, on the other hand, is in love with someone else and is looking forward to his homecoming.

Guzaarish, one of Sanjay Leela Bhansali’s best films, bravely tackles the topic of compassion murder. Ethan (Hrithik Roshan), once the world’s finest magician, is now crippled after injuring himself during a show. Ethan is still alive thanks to the relentless efforts of his caregiver Sofia (Aishwarya Rai). Nevertheless, as his health deteriorates, Ethan files a plea in court requesting euthanasia. Meanwhile, a young man named Omar (Aditya Roy Kapur) convinces Ethan to train his magic so that he can continue on Ethan’s lineage.

Read More: 10 Best Bollywood Directors of all time in the Indian Film Industry