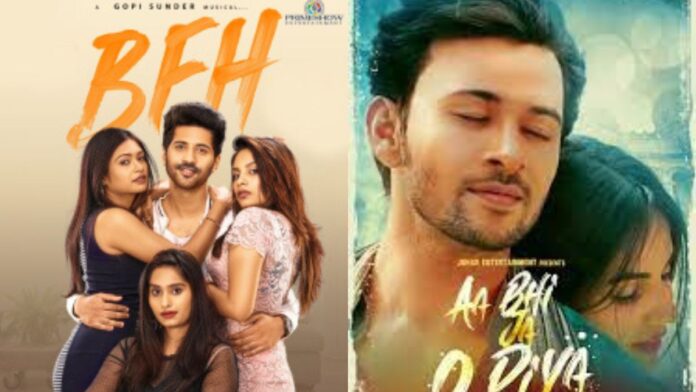 In the year 2022, a number of eagerly anticipated films will be released, reviving the box office. A variety of movies are available in 2022 for every type of enjoyment, whether it is a weekend getaway, a cosy at-home vacation, or a midweek binge. For all the most recent information on major upcoming Bollywood and Tollywood films that will soon be available in theatres or straight on OTT services like Netflix, Amazon Prime Video, Disney Plus Hotstar, and others, you can bookmark this page.

An endearing, humorous tale about a kind mother who unintentionally obstructs her son’s aspirations for marriage and challenges social standards set in Baroda. It’s one of the most highly awaited upcoming Bollywood movies in 2022.

Kaushal (Dev Sharma), a bonsai enthusiast and owner of a nursery in a charming Jharkhand village, seeks to turn his hobby into a career. He received his education in the city.

When Kalpana (Smriti Kashyap), a city girl from an Army family, and her mother are on a research trip, Kaushal rescues them and brings them home, where they decide to stay longer for another reason.

Diljit Dosanjh recently appeared in the Netflix film Jogi and amazed everyone with his performance. Alongside, Sargun Mehta will make a comeback in the lighthearted Punjabi movie Babe Bhangra Paunde Ne in October. The trailer is currently available, and it packs a lot of humorous punches. It is one of the upcoming Bollywood movies in 2022.

The film is a political satire with a light north Indian accent that is playfully and tongue-in-cheek told while making criticism of current Indian politics. A professional triangle is formed by a female chief minister, one male lawyer, and a female lawyer who is circling government formation. It is one of the Upcoming Bollywood Movies.

Ayushmann Khurrana, an actor who has amused us with unusual subjects in movies like Vicky Donor, Shubh Mangal Saavdhan, and Badhaai Ho, is making a comeback with the roller-coaster drama Doctor G. Ayushmann may be seen portraying a medical student who is forced to choose gynaecology in the movie. He experiences challenges as his career develops. It is one of the upcoming Bollywood movies in October 2022.

Goodbye, starring Amitabh Bachchan and Neena Gupta, is a family drama. Rashmika Mandanna, a Telugu actress, makes her Bollywood debut in this movie as well. You’ll laugh and cry throughout this movie. If you’re thinking about taking the family to the movies, this might be a great addition to your viewing list. It is one of the upcoming Bollywood movies in 2022.

This movie is based on the Indian cricketer M.S. Dhoni’s life. Rajkummar Rao and Janhvi Kapoor, who previously collaborated on the horror-comedy Roohi, play the key roles in it.  After Neeraj Pandey’s M.S. Dhoni, Mr and Mrs Mahi is the second feature film based on the life of the former captain of the Indian cricket team. It is among the upcoming Bollywood movies in 2022.

It is a comedy-horror film about a ghost-busting business. Katrina Kaif, Siddhant Chaturvedi, and Ishaan Khatter are the three main characters in the movie.

This genre-defying movie, which was filmed in the remote areas of Ziro, Arunachal Pradesh, stars Varun Dhawan as Bhaskar.

“Bhediya is a story with breathtaking imagery. Everyone on the cast and crew was aware that we were creating something truly unique. The film is a feast for the eyes in every way possible”, the director Amar Kaushik said in a prepared statement. It’s not just the ground-breaking VFX.

In this action movie, Sidharth Malhotra will reprise his role as a soldier who must rescue the passengers of a hijacked airliner, battle terrorists, and come up with a survival plan once the jet’s engine fails, similar to his role in last year’s Shershaah. It is one of the upcoming Bollywood movies in 2022.

The key actors in the upcoming action film Ganapath Part-1 are Kriti Sanon and Tiger Shroff. After their debut film, Heropanti, the pair have come together again for the first time.

Vikas Bahl is currently in charge of the movie’s direction. Vashu Bhagnani, Jackky Bhagnani, Deepshikha Deshmukh, and Vikas Bahl are the film’s producers. A must-watch among the upcoming Bollywood movies in 2022.

The romantic comedy film Swathi Muthyam was made by Lakshman K. Krishna. Ganesh Bellamkonda and Varsha Bollamma play key roles in the film. The film’s cinematography was done by Surya Teja Musunuru, and it was edited by Navin Nooli. The music was composed by Mahathi Swara Sagar. Suryadevara Naga Vamsi, working under the Sithara Entertainments banner, is the film’s producer.

Shiva Nirvana is the director of this entertaining love film. Samantha and Vijay Deverakonda play the lead characters in the film.

This upcoming Indian thriller in the Malayalam language was created by Arun Narayan, Suneesh Varanad, and Nadirshah. For all the Telugu fans, the movie will be dubbed into Telugu. Jaffar Idukki, an ATM security guard, may be seen conversing with an odd guy by the name of Eesho while it rains in the movie’s teaser.

Mohan Raja is the director of the action film GodFather. Megastar Chiranjeevi plays the lead in the film. Thaman S. created the music, and Nirav Shah shot the movie. Ram Charan, R B Choudary, and N V Prasad all worked together to create the movie under the Konidela Production Company and Super Good Films labels. It’s a remake of a Malayalam film.

The romantic comedy film Boyfriend For Hire was made by Santosh Kambhampati. Viswanath and Malavika Satheesan play key roles in the film. Gopi Sundar created the music, Bala Saraswathi shot the movie, and Vijay Vardhan K edited it. Venu Madhav Peddi and K Niranjan Reddy are in charge of producing the movie under the Swastika Cinema and Prime Show Entertainment labels.

Mallidi Vassishta, making his directing debut, wrote the script for this 2022 Indian Telugu-language fantasy action film. It was produced by NTR Arts. The plot follows King Bimbisara of the Trigartala Empire from the 5th century BCE as he arrives in the contemporary world via time travel. Nandamuri Kalyan Ram, Samyukhta Menon, Prakash Raj, and Catherine Tresa star in the film.

This Hindi-language comedy-drama film, a remake of the iconic Forrest Gump, was dubbed in Telugu. Viacom18 Studios and Aamir Khan Productions collaborate on the project. Aamir Khan plays the protagonist role in the film, and Kareena Kapoor, Naga Chaitanya, and Mona Singh play supporting characters.

Trinadharao Nakkina is the director of the action-comedy Dhamaka. Ravi Teja plays the lead in the film. Bheems Ceciroleo composed the music. T G Vishwa Prasad and Abhishek Agarwal, under the People Media Factory and Abhishek Agarwal Arts labels, are the producers of the movie.

VI Anand is the director of the supernatural fantasy thriller film Ooru Peru Bhairavakona. The key characters in the film are played by Sundeep Kishan, Varsha Bollamma, and Kavya Thapar. Shekar Chandra wrote the soundtrack, while Raj Thota shot the video and Chota K Prasad edited it. Razesh Danda, under the Hasya Movies banner, produced the movie.

A romantic thriller film titled Mukhachitram was written and produced by Sandeep Raj under the Pocket Money Pictures label. This film was directed by Gangadhar. The key characters in the film are played by Vikas Vasista, Priya Vadlamani, Chaitanya Rao, Ayesha Khan, and Sunil. While Sreenivas Bejugam handled the cinematography and Kodati Pavan Kalyan handled the editing, Kaala Bhairava created the music.

Previous articleAdipurush Box Office Collection Prediction: Will It Break All Box Office Records?
Next articleAvatar 2 Budget: The Massive Scale of This Movie Will Shock You
Muskan Bansal

Vikram Review Punchline: Lokesh Kanagaraj perfectly blends his world of Kaithi into this espionage thriller that keeps you...