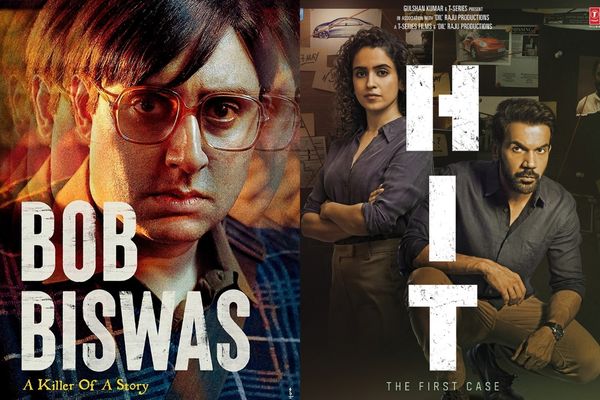 Thriller is by far the most loved genre nowadays. A movie that can keep us excited and enthralled with a captivating turn of events is always a delight to watch. The digital streaming services in India have realised people’s love for suspenseful thriller dramas. Hence, so many latest thriller movies are coming out almost every other day on Netflix, Amazon Prime Video and other OTT platforms. While most of these new thriller movies are just failed attempts, there are a few gems that have left their impact in recent times. Here we have selected the best new thriller films that you should watch right now. 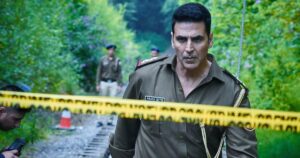 While most of Akshay Kumar’s films are released with quiet pomp and show, this thriller dropped on Disney+ Hotstar without much noise. However, its story and captivating performances are doing all the talk as it has become one of those latest thriller movies that people love. Akshay Kumar and Rakul Preet Singh have done a fantastic job in this film.

A new Hollywood thriller movie that was highly awaited for all the right reasons. The suspenseful action drama features Ryan Reynolds, Ana De Armas and Chris Evans in the main roles. It follows a CIA agent whose identity is not known to anyone. He discovers a few agency secrets, which triggers a global hunt for him by the assassins sent by his colleagues. You may watch it on Netflix.

A special forces sergeant is forcefully removed from the Army, which leads him to form a contract with a private underground military force. What follows then is chaos as his mission goes awry, and he is hunted by people who are involved in a big conspiracy. It’s one of the best new thriller movies to watch on Amazon Prime Video.

A remake of the Tollywood movie of the same name, Hit: The First Case stars Rajkummar Rao as a genius cop who is traumatised after the death of his wife. He founds a new companion in his girlfriend, but his happiness is taken away when she is kidnapped by someone. He then follows the trail between his GF’s kidnapping and a similar case to get to the criminals. The movie is the latest edge-of-the-seat thriller that you should not miss out on Netflix.

Thar features Anil Kapoor and his son Harshvardhan Kapoor in the main roles. The thriller follows a police officer who is trying to get the last glory in his long career. He arrives in a secluded desert town to solve a murder mystery. However, it turns out that the case is a lot more complicated than just a single murder. This is one of the best new thriller movies to watch on Netflix.

Vidya Balan and Shefali Shah, the two powerful women actresses, feature in this latest thriller on Amazon Prime Video. The movie explores the dynamics of the lives of a woman journalist and her domestic help when a hit-and-run case drastically changes everything for them. Packed with brilliant performances, this new Hindi thriller movie is a must-watch.

A spiritual successor to the cult classic A Wednesday, A Thursday is a thought-provoking latest Hindi thriller on Disney+ Hotstar. The suspenseful drama features Yami Gautam as a school teacher who takes hostage a few school students and demands to speak directly to the Prime Minister. The twist at the end of this film makes it one of the best new thriller movies to watch.

This latest Bollywood thriller on ZEE5 is quite underrated despite being a great movie to stream. Abhishek Bachchan features in this film as an insurance agent who wakes up after 8 years in a coma. He is welcomed by his family, but soon he starts to discover that his identity is not what it seems as he begins to recollect his memories of the past.

Ambulance is a new Hollywood thriller that features Jake Gyllenhaal, Eiza Gonzalez, and Yahya Abdul-Mateen II in the primary roles. The movie follows a veteran Army officer who teams up with his brother to rob a bank in order to pay for his wife’s medical bills. However, the whole plan goes awry as they end up with dead bodies and police on their trail during the heist. It’s streaming on Amazon Prime Video.

Last but not least on the list of best new thriller movies on OTT is Dulquer Salmaan’s Salute. The film is a Malayalam-language crime thriller that is now streaming on SonyLIV in India. Two cops catch a criminal and forge evidence against him to label him as the murderer they were looking for. However, they soon realise their mistake, and one of them retires from the force due to shame and misconduct. The retired cop then again joins the force after some time as he discovers a few clues about the real murderer.

The first shot of superstar Dhanush from his next picture The Gray Man, produced by Avengers Endgame filmmakers...