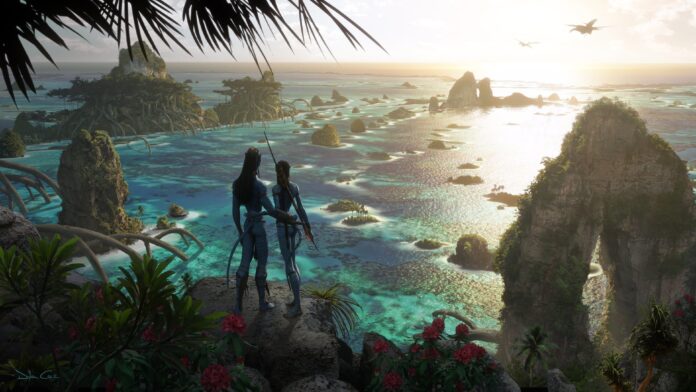 Avatar 2, titled Avatar: The Way of Water, is a sequel to the Avatar film, which was released in 2009. Avatar is the second film of the franchise, which is expected to release three more sequels after this. James Cameron, the director of epic-science fiction, is creating the Avatar universe with all his might by spending thousands of crores on the budget. Here we have covered the Avatar 2 budget and also the budget of other films in this franchise.

Avatar 2 is made on a massive budget of US $250 Million. The massive scale of the movie is enough to shock anyone. Avatar 2 budget in Indian rupees is Rs 2,400 crores. No Indian movie has even touched Rs 1,000 as budget. Now you can imagine the mega-scale of this epic-science fiction film which will feature cutting-edge VFX and technology. With this budget, Avatar 2 has become the 17th most expensive Hollywood movie ever.

The first part of the Avatar was made on a US $237 million budget, roughly translated to Rs 1,938 crores. James Cameron shocked everyone with the budget of the original Avatar film at that time. He is ready to shock the world again with the second, third, fourth and fifth parts of the Avatar films.

Avatar 3, 4 and 5 will together cost the US $750 Million, which is valued in Indian rupees at Rs 7,200 crores. The Avatar franchise is leaving every other Hollywood franchise in the dust with its massive budget, which is quite shocking, to say the least. It is taking over the Pirates of the Caribbean franchise with its mega-budget.

Avatar 2 will follow the Sully family in their adventures. It is set 10 years after the events of the original Avatar movie. Avatar 2 will release in the theatres on 16th December 2022.

Did the Avatar 2 budget surprise you? Tell us through our social media handles.

Everyone wants to purchase a DSLR and catch moments in their lifestyles in today's world of rapidly growing...
News

On the 1st of February 2020, Finance Minister Nirmala Sitharaman presented the Union Budget 2020-21 in the Lok...
Entertainment

Avatar 2, titled Avatar: The Way of the Water, is all set to arrive in the theatres on...
Technology

If you want to buy a gaming laptop or office laptop in India, you have several alternatives/choices. As...
Finance

On Saturday, January 23, Finance Minister Nirmala Sitharaman made a big announcement regarding the launching of the Union...
News

On the 1st of February 2020, Finance Minister Nirmala Sitharaman presented the Union Budget 2020-21 in the Lok...
Lifestyle