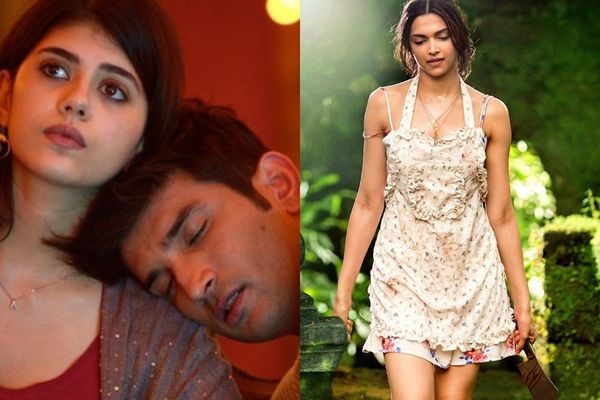 Who does not love a good romantic flick that can make one feel all the emotions in about two hours? Whether you are in love or seeking love, you will find yourself relating to the best romantic movies that Hotstar has to offer. 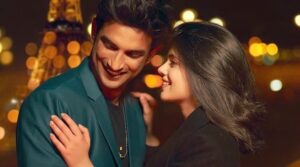 Some of the top romantic dramas and comedies streaming on Disney+ Hotstar in India are filled with moments that you will love and adore while watching with your loved ones. Even if you are single at the moment, don’t deprive yourself of these romantic films on Hotstar that may teach you how to love.

8 Best Romantic Movies on Hotstar to Watch in 2022:

Based on the book The Fault in Our Stars, Dil Bechara is the last movie of the late Sushant Singh Rajput. The beautiful love story also features Sanjana Sanghi in her debut role. Two terminally ill patients suffering from cancer fall in love with each other and embark on a bittersweet journey to live life before it is taken away from them. The soulful drama is one of the best romantic movies to watch on Hotstar right now.

Akshay Kumar and Katrina Kaif have always looked good together on the screen as a couple. They have given countless hits, and Humko Deewana Kar Gaye is one of their romantic flicks that remains quite underrated despite its touching story. A guy and a girl fall in love with each other. However, the problem is that they are both engaged with different persons.

Masaan is a love story that has become a cult classic over the years. Richa Chadha, Shweta Tripathi and Vicky Kaushal play the lead in this romantic drama that has been highly lauded by critics. The movie follows a woman named Devi who is struggling to shake off the taboo associated with premarital sex while two lovers, Deepak and Shalu, are trying to transcend the restrictions of their casteist society. It is easily one of the best romantic movies to watch on Hotstar.

A romantic comedy that couples who are about to become parents for the first time will definitely relate to. The movie is also filled with humour that makes it appeal to all kinds of viewers. Side Ke Side Effects star Farhan Akhtar and Vidya Balan in the lead. It follows a couple who are about to become parents and just cannot come to the reality of this situation. We love this movie and highly recommend it on the list of the best romantic movies on Hotstar.

2 States is a romantic movie based on the book of the same name by Chetan Bhagat. It stars Arjun Kapoor, Alia Bhatt, Amrita Singh and Ronit Roy in the main roles. The film follows two college students who fall in love with each other and try to convince their families to get married to each other. However, they come from totally different backgrounds, and it creates quite a lot of problems for them.

One of the best romantic movies on Hotstar, Finding Fanny features a stellar cast that includes Naseeruddin Shah, Dimple Kapadia, Deepika Padukone, Arjun Kapoor and Pankaj Kapur. The movie follows a man who embarks on a road trip with four people to find his long-lost love, which he calls Fanny. It’s a beautifully shot movie that will make you cherish all the moments as it passes by.

Arjun Reddy was a sensation when it was released in the theatres. The film changed the entire career of Vijay Devarakonda for good. It has also been remade in Hindi as Kabir Singh. The film follows a young medical surgeon who spirals out of control and becomes a depressive alcoholic when he learns that his girlfriend is marrying someone else. It would have been a crime not to include this film on the list of best romantic movies on Hotstar.

A heartbreaking film that shows love can make you do impossible things, Kaabil is a great romantic drama streaming on Hotstar. The film features Hrithik Roshan, Yami Gautam and Ronit Roy in the main roles. It follows a visually impaired couple who are happy with their little love life, but their world crashes when the girl in the couple is raped. The girl then commits suicide which makes the guy go on a hunt to kill all the criminals who were involved in the heinous act.