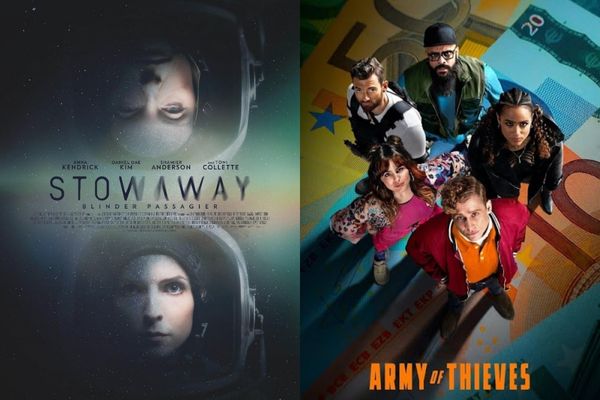 Netflix has a bunch of the best Hollywood movies in Hindi that you can stream right away by paying as low as Rs 149 per month. The OTT giant has recently reduced its prices to make the digital streaming service available at cheaper rates in India. Now, you can watch Hindi dubbed Hollywood movies on Netflix without worrying about having to spend a large sum of money. 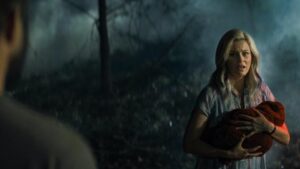 Netflix’s library of content is the widest among all the digital streaming services in India. You can find a lot of International movies in Hindi, ranging from the genre of romance, action, and drama to mystery and more. The top Hollywood movies in Hindi on Netflix will not let you get bored due to their diverse range that can cater to almost everyone’s demand.

10 Best Hollywood Movies in Hindi on Netflix to Watch:

A prequel to the Army of Dead, the Army of Thieves follows a mysterious woman who recruits a bank teller to assist her in the heist of impossible-to-break safes across Europe. Now you watch this Hollywood movie in Hindi on Netflix, and you should definitely give this a try as it will keep you hooked for the entirety of its length.

Raquel’s crush on her neighbour turns into something more adventurous when he starts developing feelings for her despite his family’s wishes. The love story of love and lust is a romantic drama that will keep you engaged till it lasts. That’s why it’s one of the best Hollywood movies in Hindi on Netflix in 2022.

Wanna watch a visual spectacle that will make you forget about the storyline and appreciate the cinematography? Then you are in for a treat with this Hindi-dubbed Hollywood romantic drama movie on Netflix. It follows a woman who falls in love with her freediving instructor. The movie is a visually captivating drama that deserves to be on the list of best Hollywood movies in Hindi on Netflix.

Scarlett Johansson delivered a stunning performance in this action movie that brought out a new side of her in the media. The film follows a woman named Lucy who gains extraordinary physical and mental prowess after an experimental drug sets in her system. She then goes on a rampage to kill those who held her captive for the insane experiment.

A science-fiction Hollywood thriller that you can catch on Netflix if you are looking for something different and unique. Stowaway stars Anna Kendrick, Daniel Dae Kim and Toni Collette in the main roles. It follows a three-person crew on a mission to Mars. Their lives are in danger when an unplanned companion jeopardises their plans. It’s one of the most unique and best Hollywood movies in Hindi on Netflix.

Chris Hemsworth plays the lead in this action and fun heavy Hollywood film that also features the Indian actor Randeep Hooda in a significant role. The movie follows Tyler Rake, who is tasked with extracting the son of a drug lord in the midst of bloodshed and a fallout drug war. It’s one of the best Hollywood action movies in Hindi on Netflix in 2022.

One of the greatest ever Hollywood movies that feature a performance of a lifetime from Heath Ledger. The Dark Knight is a testament to the brilliant filmmaking abilities of Christopher Nolan. No one can forget the epic character of Joker brought to life by Heath Ledger with his stunning performance that will make you feel fear at times. There are no better superhero movies than this to stream now. That’s why it is one of the best Hollywood movies in Hindi on Netflix in 2022.

Are you excited cause it’s time for a horror thriller? Brightburn follows a couple who finds a baby boy in a spaceship and decides to raise him as their own son Brandon. However, when Brandon turns 12, he realises that he has superpowers and starts to use them for sinister purposes. Will the couple be able to stop their son from committing heinous crimes? Find out by watching this Hollywood horror movie in Hindi on Netflix.

The Oscar winner Denzel Washington plays the main role in this thriller that features him as a pilot who saves a plane from crashing. However, the mandated investigation reveals that he was under the influence of cocaine and alcohol when he was piloting the flight. Denzel Washington is, as always, amazing and makes us include this film in the list of best Hollywood movies in Hindi on Netflix.

Finally, to wrap up the list of best Hollywood movies in Hindi on Netflix, we have chosen The Old Guard starring Charlize Theron. Four undying warriors who have been secretly protecting humanity for many centuries are targeted by sinister people for their mysterious power just as they discover a being with immortality on Earth.