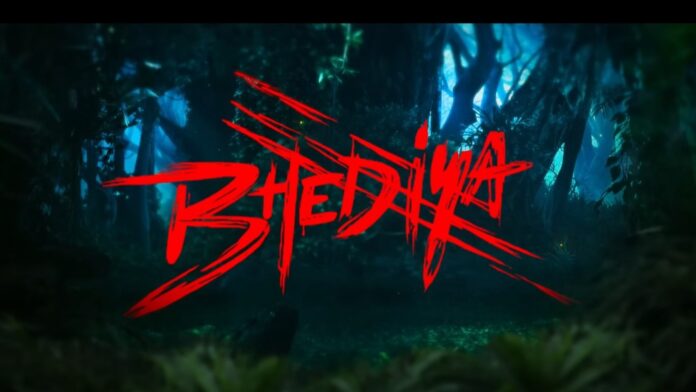 Bhediya, an upcoming horror-comedy Bollywood film, attached its trailer to the Vikram Vedha movie. The trailer of the film looked promising, and we are expecting this to be another great horror comedy like Bhool Bhulaiyaa 2. Here we have covered Bhediya release date, budget, cast, story, director and more.

Bhediya movie is made on a budget of Rs 60 crores. Unlike other upcoming Bollywood movies, which have spent a huge cost on their materials, this film has kept everything under a pre-set budget. If the horror comedy does well at the box office, it could become a blockbuster in no amount of time.

Bhediya Movie Cast includes Varun Dhawan, Kriti Sanon, Deepak Dobriyal and Abhishek Banerjee. Not much is known about the other cast members of this horror comedy. However, we can expect the details to be revealed by the makers in October 2022.

The movie will feature Varun Dhawan as a human who will awaken the werewolf in him. The film continues the horror comedy universe, which consists of Stree, Roohi and Munjha. Are you excited about India’s own horror-comedy franchise?

It is directed by Amar Kaushik, who also directed Stree and Roohi. The movie is produced by Maddock Films and Jio Studios. Music in the movie is provided by Sachin-Jigar.