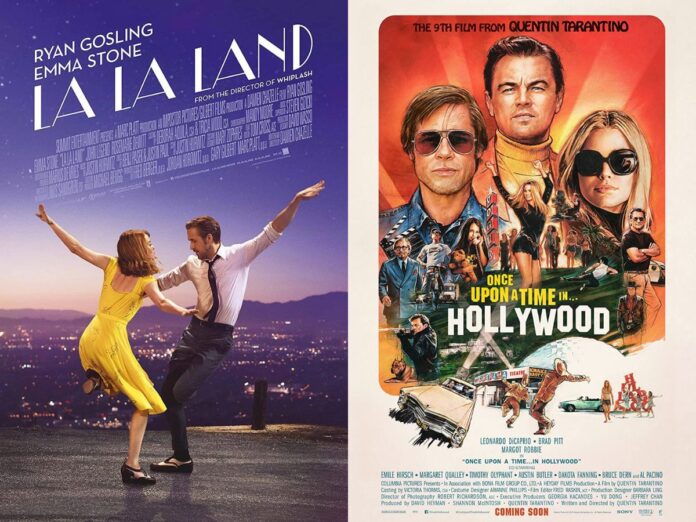 Amazon Prime Video is home to many good movies and web series in various languages. In India, the Hindi-speaking population is large in numbers and wants the best movies from around the world, including Hollywood, European and Asian films in their Hindi dubbed version on the OTT platform. Much to the delight of Indians, Amazon Prime Video has listened to us by bringing some of the best movies in Hindi on its streaming platform. Here we have listed some of them that deserve to be checked out at least once.

This thriller Hollywood movie dubbed in Hindi is a high-paced action drama that won’t let you rest for a single moment. The film keeps you engaged with its happening storyline. Police Officer Kathy gets a job with the UN and discovers the presence of a human trafficking racket. She is fired from her job but does not give up on blowing the racket.

2- Once Upon A Time… In Hollywood

With two of the finest Hollywood actors, Leonardo Di Caprio and Brad Pitt, in the lead, this Hindi dubbed Hollywood movie is a must-watch on Amazon Prime. A TV actor and his stunt double embark on a mission to make a name for themselves in Hollywood in 1969 America when Charles Manson murders were the talk of the town.

Matt Damon, the Academy Award Winner stars in this Hindi dubbed series of Hollywood movies that focus on a man named Jason Bourne who is pulled out of the sea with no memories of his past. In this high-octane thriller, he races against time to find out about his past.

Directed by the Hollywood actor James Franco this Hindi dubbed movie on Amazon Prime is about Tommy Wiseau- an outsider who had a deep passion for filmmaking. However, his methods to reach the endpoint were questionable. It’s a fine drama to watch if you are looking for something serious right now.

The Academy Award nominated film La La Land is a musical romantic drama that sees a Jazz pianist falling in love with an aspiring actress while they both are struggling to make ends meet. It swept away the Oscars by winning a total of 12 trophies. Hence, it’s one of the best Hindi dubbed Hollywood movies on Amazon Prime.

Want to watch a film that’s filled with action and won’t require you to use your mind? Then turn on Gasoline Alley on Amazon Prime. A man implicated in the murder of three Hollywood starlets begins his own investigation and hires the two detectives on his trail to uncover a huge conspiracy.

A man determined to leave his past behind relocates to a remote island where he must find out the reason behind his brother’s demise. However, gang mercenaries also land on the island before he can do that, and he must fight against them to save his family from danger. It’s our favourite Hindi dubbed Hollywood action movie on Amazon Prime.

8- The Strangers: Prey At Night

Well, we all love a little bit of horror now and then, won’t we? This Hindi dubbed Hollywood movie is filled with horror. A family goes on a road trip where they find themselves struggling to survive after coming across three psychopathic killers.

A survival drama that will keep you glued to their screens, Escape Room, follows six friends who participate in a game where they must escape the rooms or face death. It’s interesting and unique and definitely deserves a spot in the best Hindi dubbed Hollywood movies on Amazon Prime.

A couple buys a new house where they discover a strange room which grants them any material wish they want. They can wish for anything they want, but the wife who has had two miscarriages misses a child in her life. What follows then is not what you will expect.

Are you looking for some inspiration or just that last little push to finally commit to your start-up...
Entertainment

Are you searching for some fine Tamil thriller movies to sort out your weekend after a long week...
Talent

'Watch party' feature Launched In Amazon Prime India as the year 2020 has brought a lot of unexpected...
Entertainment