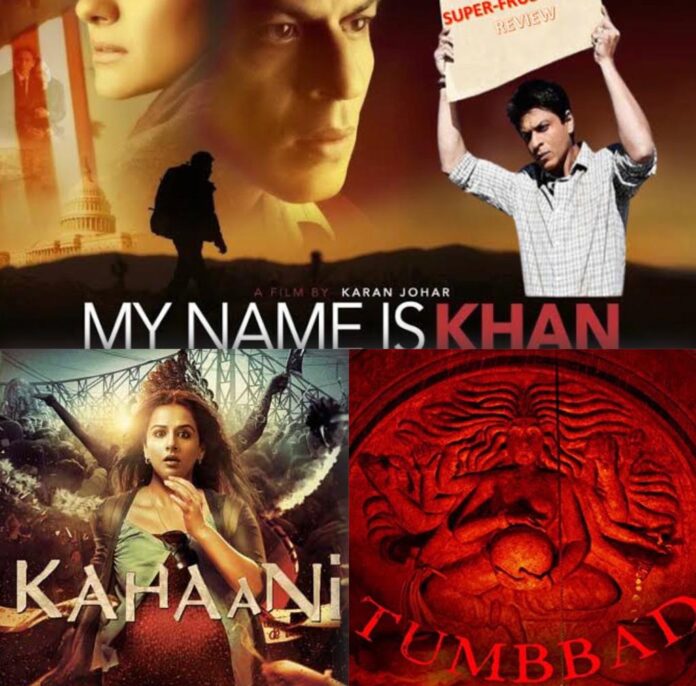 Over the years, the Hindi cinema industry has produced several beautifully designed Oscar-nominated Indian movies that have reached a worldwide audience and will continue to be popular for many years to come. While the country has submitted a huge list of various entries for the yearly Academy Awards, just a handful have made it to the official nominations list thus far.

The Oscars are the most prestigious film awards ceremony. Indian cinema has received numerous awards for outstanding movies from throughout the world over the years. However, the majority of its winners have been American films. There could be a variety of causes for this inability to be varied in its granting. Only four Indian films have been nominated for Academy Awards, breaking down language and racial boundaries among others.

This drama took place between 2 and 6 p.m. on a typical Wednesday and is narrated from both sides of the courtroom. Just as Mumbai Police Chief Prakash Rathod (Anupam Kher) is about to depart from the service, he receives a shocking and life-changing phone call from an anonymous individual (Naseeruddin Shah). He notifies Rathod that he has planted five bombs throughout Bombay, all of which would detonate concurrently in four hours.

To halt the blasts, he seeks the return of four terrorists and informs news outlets about the story. The storyline takes an unexpected turn as Rathod orders his teams to discover the explosives and track down the caller. A Wednesday is an excellent representation of the average man’s struggle against the country’s inept ruling systems. A Wednesday is one of the best Indian movies that definitely must deserve a nomination for the Oscars.

My Name Is Khan is one of the best Indian movies that deserve a nomination for the Oscars. Imagine living your life in constant fear of being labeled a terrorist. This is precisely the background of My Name Is Khan. The growth of Islamophobia in the aftermath of 9/11 was a horror for Muslims all around the globe, particularly those in the United States.

The devastating story chronicles the life of Rizwan Khan (Portrayal by Shah Rukh Khan), an autistic man who aspires to punish his child’s death by standing in front of the US President and declaring, “My name is Khan, and I am not a terrorist.” My Name Is Khan is a film that is both uplifting and heartbreaking. It would move anyone to grief and inspire them with empathy to overflowing levels. It unquestionably deserved the Oscar.

Vikramaditya Motwane’s debut film is a coming-of-age film about a mentally disturbed son and his alcoholic father. When Rohan (Rajat Barmecha) is dismissed from a private school, he is compelled to go back to Jamshedpur to reside with his dad, Bhairav Singh (portrayal by Ronit Roy), and a teenage half, Arjun (Portrayal by Aayan Boradia).

The latter is an alcoholic who frequently mocks Rohan for his desire to be a poet and compels him to work a second job at his machining company while attending university. Rohan’s tolerance wears thin over time, and he chooses to break out from his confined existence to realize his aspirations.

Vidya Balan directs this nasty mystery in which she plays a pregnant woman working as a software engineer. Who is looking for her lost spouse in Kolkata during the Durga Pooja celebrations?

Satyaki “Rana” Sinha (Parambrata Chatterjee), a policeman, assists her in her search, only to discover that the woman is not who she purports to be. Despite being a gripping thriller, the film emphasizes topics of women and parenthood in a hierarchical Indian society.

Tumbbad, based on a historical tale in the titular hamlet in Maharashtra, is a tribute to what can be accomplished in Bollywood’s horror genre if performed right. The story follows an anonymous Goddess of Prosperity who birthed 160 million demons. Hastar, her eldest son, sought to rob her endless money and food but was discovered and doomed to remain inside her womb, never to be revered.

However, when a family constructs a temple for the evil deity to obtain his cursed treasure, they encounter devastating repercussions. The film expertly integrates myth and horror to portray the magnitude of human avarice, and it is one of the most deserving Indian films to receive an Oscar award.

In this touching and cozy comedy, a mistake in lunch supplies by a Mumbai dabbawala creates an unlikely relationship between Ila Singh (Nimrat Kaur) and a bachelor, Saajan Fernandes (Irrfan Khan). Ila hopes to rekindle the passion in her relationship by cooking gourmet food for her husband, but when Saajan gets it by accident, the two begin communicating via letters and cuisine.

They connect over their personal experiences until Ila realizes her husband is engaged in a relationship. This occurrence allows the buddies to organize and depart from the city together. When the time comes for them to eventually meet, destiny has other ideas.

Queen is a remarkable story about a girl’s journey from total dependency to liberating independence. It’s a coming-of-age narrative. Rani, a naïve, gullible Punjabi girl residing in Delhi, is betrothed to a supposedly career-oriented Vijay, who cancels their marriage ritual the night before.

Rani, who is depressed, takes an extraordinary decision to go on her own honeymoon. Alone, frightened, and all alone for the first time in her entire life, Rani talks to people who become a spark in her journey to self-discovery. The film has a strong message that is both motivating and ethical. Without a doubt, it deserves praise from people all across the world and deserves a nomination for the Oscars.

Ankhon Dekhi is a delightful story laced with rich metaphysical tones that transports you to a middle-class neighborhood in New Delhi and exposes you to Rajesh Bauji ( Portrayal by Sanjay Mishra), an ordinary person in his late 50s. Following a small incident concerning his daughter and the guy she is seeing, Bauji swears to believe just what he observes with his own eyes and nothing more.

This simple choice sets off a chain reaction that leads to him quitting his work and ceasing to practice Religion, among other issues. The tale delivers a thought-provoking debate about melancholy and the different forms it can take through Bauji’s encounters and speeches.

Previous article
10 Best Movies More Famous For Their Scenic Setting Than The Storyline
Next article
Most Famous Actors in Bollywood? It’s Not Khans
Flickonclick Team

There is a quote by Swedish film-maker Ingmar Bergman: 'No form of art goes beyond ordinary consciousness as...
Entertainment

Renowned Indian singer and songwriter Prateek Kuhad is a famous name among the youngsters this year. Prateek Kuhad...