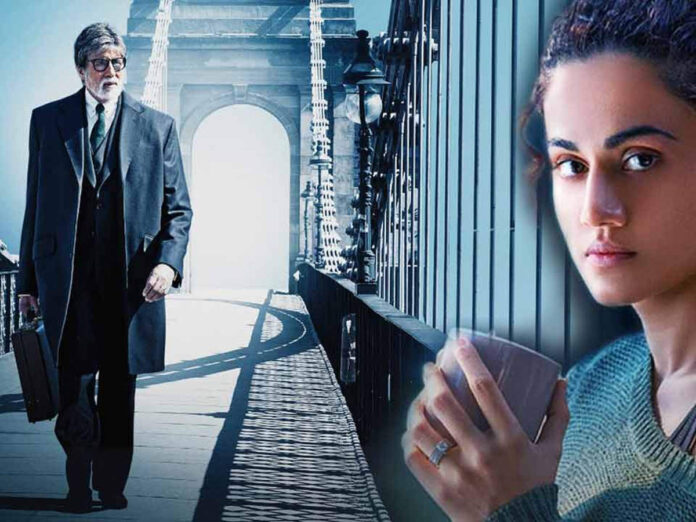 Finding one of the great Investigation movies can be more difficult than it appears, in part because the genre lacks a clear definition. Its bounds are fluid, which means that you might claim that a wide range of movies is all thrillers of some form or another. It’s not the same as an adventure or psychological thriller, which has fairly defined norms and guidelines that they normally follow.

It’s no secret that Investigation movies are among Cinema’s most captivating. Maybe it’s how they combine the excitement with more serious issues like shady politicians, racism, and crime control fraud. Perhaps it’s the thrill of seeing how professional criminals carry out their ideas. In any case, they all make for compelling stories, which is why we compiled a list of 10 of the best Investigation movies you can watch right now.

One of the best Investigation movies in Hindi is Kahaani. It is a one-woman performance about a pregnant woman (Vidya Balan portrayal as Vidya Bagchi) who travels from London to Kolkata during the festive period to search for her husband.

As she starts her search, she encounters several mysterious pieces of evidence and personalities who may or may not be connected to the case of her lost husband.

The narrative will keep you fascinated throughout with many gasps and surprises. She is helped by a cop named Rana (Parambrata Chattopadhyay), who plays a highly fascinating character and leaves a lasting impression on the film.

A Wednesday is a thought-provoking, fast-paced thriller film about events that happen on a regular Wednesday in Mumbai. This Hindi film emphasizes the magnitude of injustice that the ordinary man confronts. It is eye-opening, and the film’s tension is sustained throughout.

The plot starts when a guy (Portrayed by Naseeruddin Shah) emerges on a building’s rooftop and summons Rathod, the Mumbai Commissioner (Portrayed by Anupam Kher).

He tells him that he has planted five explosives throughout the city, all of which are set to detonate concurrently in four hours except if the Commissioner caves into his wishes and releases 4 terrorists.

Naina Sethi (Portrayed by Tapsee Pannu), a young entrepreneur, puts herself in a tough position when she is suspected of murdering her boyfriend Arjun (Tony Luke). It is one of the best Investigation movies, full of unexpected twists that will have you gasping at every step.

When Naina’s lawyer, Jimmy (Portrayed by Manav Kaul), informs her that he will send Badal Gupta (Portrayed by Amitabh Bachchan), one of the top lawyers who has never lost an instance in the last 4 decades.

Badal Gupta is not persuaded by the narrative Naina Sethi tells and finds several flaws in it. The tale unfolds, and the various colours of the individuals are represented at various points during the film.

Jolly LLB is comedy in the finest sense of the term. Subhash Kapoor, the writer-director, presents his narrative with conviction, brilliantly constructing a theatre of the bizarre.

In pursuit of his dream, he relocates from Meerut to Delhi and becomes involved in a high-profile hit-and-run lawsuit in which he is pitted against one of the nation’s most powerful lawyers, Rajpal (Boman Irani).

Jolly, on the other hand, refuses to be frightened. Instead, he discovers his inner hero and demonstrates that justice can be found even in the Kafkaesque Indian courts. It is one of the best Investigation movies that are worth streaming on weekend.

Talaash, starring Aamir Khan and Rani Mukerji, will not disappoint. Not to mention Kareena Kapoor’s outstanding performance, which is even another reason to see this film.

The film begins with the assassination of popular cinema star Armaan Kapoor (portrayed by Vivaan Bhatena), and Surjan Singh Shekhawat (performed by Aamir Khan), a cop, is assigned to investigate this high-profile crime. The case unfolds in a red-light district, where he goes in search of answers.

He meets Rosie (Portrayed by Kareena Kapoor Khan), one of the employees who adds intrigue and suspense to the picture. The film is simply about how to cope with the loss of loved ones. It will keep you hooked until the very end.

A double homicide with only eyewitnesses, both of whom are prime suspects! Already sparked your interest in Bollywood investigation films? There are two suspects, two versions of events, and only one truth.

The accused, Vikram (Portrayed by Siddharth Malhotra) and Maya (Portrayed by Sonakshi Sinha), have contradictory accounts of what happened that night, but there is only one reality and one murderer Dev (Portrayed by Akshaye Khanna).

The cop entrusted to this double homicide investigation is torn between the two stories, but he will not rest until the perpetrator is apprehended. A short film that is worth seeing. Add this to your list of weekend binge-watches because it is one of Bollywood’s best Investigation movies.

A crew of four con men posing as CBI and Income Tax officers used to attack the homes of famous lawmakers and businesspeople with little regard for the sentiments of others but themselves.

This film takes a dramatic turn when they entice a police officer to assist them in raiding a politician’s home.

With an all-star cast that includes Akshay Kumar, Anupam Kher, Jimmy Shergill, Manoj Bajpayee, and Divya Agrawal in the major roles. This Hindi thriller movie is available to stream on Jio Cinema, Voot, and Netflix.

The kings of investigation movies The Burmawala twins (Abbas-Mustan) have made some of Bollywood’s greatest Hindi Thriller Pictures. This is one race you must not skip.

The plot centres around two boys, Ranvir (Portrayed by Saif-Ali Khan) and Rajiv (Portrayed by Akshaye Khanna), who are racing legends. Rajiv (the younger of the two) is an addict who is envious of his elder brother.

He is laid-back and jealous of his brother, and he is engaged in planning his death to collect $100 million from his coverage, but there is a homicide, and things become sticky. The film features multiple twists and turns that will keep you hooked from the outset.

The plot of Baby centers around a clandestine counter-intelligence squad designed to combat different terrorist organizations. The chapter follows you to India, Nepal, Turkey, and the Middle East, among other places.

To preserve the country, a provisional team is formed. The team encounters significant hurdles and takes several risks. With so much tension and adrenaline, it needs to be on the list of must-see Bollywood investigation movies.

Raat Baaki Hai is an engrossing story of love, treachery, and vengeance. Karthik is the major suspect in his fiancée’s murder, and he flees to Vasuki’s opulent home.

Kartik and Vasuki, the ex-lovers, take a trip back in time by remembering and expressing their darkest fantasies and the anguish of poetic justice.

Karthik is caught between his feelings for Vasuki and his desire for vengeance, and he must make a decision before it’s too far.

Vadh box office collection day 1 is estimated to be around Rs 15 Lakhs. The movie is earning...