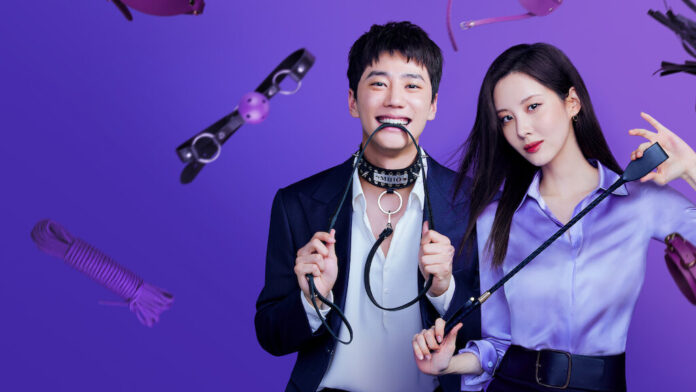 Are you bored of Hollywood and Bollywood sensual thrillers and want to watch something different and unique then look no further than this list of best Korean hot movie? Like Korean dramas, hot Korean movies also have engaging plots and storylines that keep you hooked. Here The hottest Korean movies will keep you on the edge of your seats, and we can definitely guarantee that. This list will let you discover the hot Korean movie on Netflix and other OTT platforms. So without further adieu, let’s dive right in.

This hot Korean movie is equivalent to the Hollywood film Fifty Shades of Grey in its approach. The film follows a man and a woman who enters into a relationship and use various things to excite their intimate relationship, but soon it turns into an obsession that makes them think about the sanctity of their relationship. You can watch this Korean hot movie on Netflix.

This is another Korean hot movie that you can watch on Netflix. The film follows a teenage girl who tries to keep her best friend, who is smitten by the boys of her age, in control. However, in this scenario, she falls in love with a guy, ultimately leading to losing control of her feelings. It’s one of the best hot romantic Korean movies to watch.

This romantic Korean movie is easily one of the hottest Korean films to watch on Netflix nowadays. The film follows a couple who try to navigate their long-distance relationship without falling apart. It’s a sweet story that will keep you fascinated and engaged. The film makes us root for the main characters.

This is a story that involves the concept of faith and love. How a romantic relationship can survive years of loneliness is depicted in this Korean film now streaming on Netflix. It’s a Korean hot movie that follows a student and reticent who first meet in the 1990s but fate pulls them apart. They continue to meet each other at several points in time, but fate is not on their side.

A 29-year-old girl suffers heartache when she goes through a bad breakup. She decides that all these love and romantic relationships are not her things. However, she ends up joining a dating app where she finds someone who completely changes are feelings and emotions. It’s one of the best Korean hot movie to watch on Amazon Prime Video right now.

One of the best all-time Korean hot movie, My Sassy Girl, follows a student who falls in love with a young woman who takes advantage of him and humiliates him at every point in life. Don’t miss out on this Korean movie to watch right now.

The growing popularity of Korean Romantic movies has spawned an entirely new market in India. Because of the...
News

OTT platforms are home to a sea of various contents of different genres. You must have been spending...