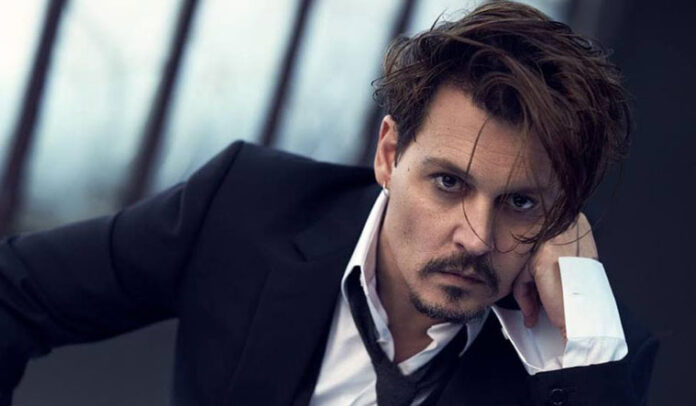 One of the most well-known character performers in the world is Johnny Depp. Movies starring Johnny Depp have a very unique and original appearance, despite the fact that they have never received an Academy Award. He has received many honours, including a Golden Globe, and has had three Oscar nominations.

The most notable roles that Johnny Depp has portrayed in his movies include Willy Wonka, Edward Scissorhands, and Captain Jack Sparrow from the Pirates of the Caribbean series. Having worked in television and movies for a long time, he has a comprehensive resume. Below are the 25 best Johnny Depp Movies According to IMDb.

The graphic novel From Hell served as the source of inspiration for the film, which centred on the horrific Jack the Ripper murders. Inspector Frederick Abberline of the Whitechapel Police races against time to catch the Ripper and save Mary Kelly, the prostitute he has fallen in love with, while uncovering a more evil Freemason plan.

Fantasy romance actor Johnny Depp portrays a mechanical humanoid with scissors for hands in his film work. The adorable creature is taken in by a suburban family, works as a barber, and starts to feel attracted to Kim, the family’s teenage daughter. A number of awards were given to Edward Scissorhands, who was very stylish and inventive and undoubtedly entered movie history.

3. Pirates Of The Caribbean: The Curse Of The Black Pearl

Pirates of the Caribbean: The Curse of the Black Pearl, a fantasy swashbuckler film, served as the basis for the entire Pirates of the Caribbean franchise. Will Turner, a mad pirate, and a blacksmith band together to save the woman of his life after she was kidnapped by the pirate’s former allies in this story?

You just notice your friends have become zombies, though, and then the fun really begins. The plot of The Pirates of the Caribbean: The Curse of the Black Pearl can be confusing at times because there is so much going on, but the movie is still a blast and wildly entertaining from start to finish.

When it was out, Pirates of the Caribbean: Dead Man’s Chest, the second movie in the Pirates franchise, broke many box office records, including the record for the first weekend in the US. The legendary Captain Jack Sparrow is still the main character in this tale, and in order to keep himself from becoming tethered to Davy Jones’ soul, he has to move quickly to get his heart back.

The same as before, Pirates of the Caribbean: Dead Man’s Chest is here for the audience’s pure entertainment, filled as it is with thrills, comedy, narrative twists, and everything else that makes it a wonderful (if not the best) swashbuckler movie.

5. Pirates Of The Caribbean: At World’s End

At World’s End is the third, but surely not the last, instalment of the Pirates of the Caribbean series. On the other hand, more is better, as they say! Now it’s up to Elizabeth Swann, Will Turner, and Captain Barbossa to set sail off the edge of the map in search of Jack Sparrow and unite in front of a crucial fight. Despite not having a particularly creative plot, the third book in the series is still a lot of fun, and sometimes that’s all you need! It is one of the best Johnny Depp Movies.

The musical slasher film Sweeney Todd: The Demon Barber of Fleet Street introduces us to this pairing for the first time. It is a retelling of the chilling Victorian story about the barber Sweeney Todd who commits murder on a regular basis.

This adaptation of the well-known horror story received high marks from critics for both design and performance. The overall quality of Sweeney Todd: The Demon Barber of Fleet Street is excellent.

What’s Eating Gilbert Grape is a coming-of-age drama that was adapted from Peter Hedges’s 1991 novel of the same name. The film’s main character is 25-year-old Gilbert, a grocery store employee who also takes care of his obese mother and his younger, cognitively-challenged brother, both of whom are convincingly represented by young Leonardo.

What’s Eating Gilbert Grape occasionally comes over as sentimental, but it doesn’t take away from the sense that it is a true story that has been elevated to new heights by the cast’s amazing performances. It is one of the best Johnny Depp Movies.

The timeless tale “The Legend of Sleepy Hollow” by Washington Irving served as the inspiration for Tim Burton’s 1999 film “The Legend of Sleepy Hollow.” Ichabod Crane is sent to Sleepy Hollow to investigate the horrifying murders of three persons, who, in his opinion, were brought on by the legendary “Headless Horseman.” The picture, which features a stellar cast, successfully combines romance, fantasy, and horror while staying loyal to Irving’s dream world.

9. Pirates Of The Caribbean: Dead Men Tell No Tales

Frequently referred to as Salazar’s Revenge or Dead Men Tell No Tales, the fifth instalment of the Pirates swashbuckler film series is a sequel. Currently chasing the notorious Captain Jack Sparrow is an old enemy, Captain Salazar, and his ghostly crew.

They want to kill every pirate on the high seas in addition to their ultimate goal of killing Jack. Even though the film earned unfavourable reviews, Dead Men Tell No Tales: Pirates of the Caribbean is nevertheless a lot of fun. It is surely one of the best Johnny Depp Movies.

As Victor and Victoria prepare to wed, Victor makes a mistake during the rehearsals and feels distraught, running off into the woods. He practised his vows in front of the tree and mistakenly wed Emily, a Corpse Bride. Emily is taking Victoria’s new suitor to the Land of the Dead because she now has a new suitor. Definitely one of the best Johnny Depp movies.

Alice in Wonderland is a dark fantasy period piece that is a live-action continuation of Walt Disney’s original animated film of the same name from 1951. When Alice returns to the magical country of her youth at the age of 19, the Red Queen’s reign of terror will be overthrown.

So, get ready for a really sombre story here! In addition, Tim Burton is involved. This dark fantasy may be your best choice if you’re seeking anything like that, also including Johnny Depp movies. The Alice In Wonderland movie from 2010 is a stunning visual feast.

Here is a biographical crime film about American cocaine trafficker George Jung. The premise of this story is based on actual occurrences involving George Jung, Pablo Escobar, Carlos Lehder Rivas, and the Medellin Cartel. As a result, you can be sure that it will be engrossing and enjoyable.

Any wild cocaine smuggling story is always enjoyable to watch because of Johnny Depp movies and his outstanding performance as George, despite the fact that many people think it to be a been-there-done-that type of movie. Easily one of the best Johnny Depp Movies.

13. Charlie And The Chocolate Factory

Five golden tickets for a private tour of Willy Wonka’s amazing chocolate factory were concealed in unrelated chocolate bars by the eccentric candy manufacturer. A poor child named Charlie wins the fifth ticket in the middle of a rush, and he and his grandfather embark on this once-in-a-lifetime adventure that will change their lives forever.

The life of an accomplished author is shown in this Johnny Depp film, which is based on a Stephen King book. After a bitter betrayal, author Mort Rainey flees to his lakeside cabin.

Rainey attempts to refute John Shooter’s allegations of plagiarism after the stalker shows up. Rainey is compelled to look into the mystery because of the bizarre occurrences that are happening all around him.

In the psychological romantic comedy Benny & Joon, a young woman with mental illness falls in love with an eccentric man who is modelled after the legendary silent film comedian Buster Keaton.

Based on the real-life experiences of FBI agent Joe Pistone, who went undercover as New York mobster Donnie Brasco to monitor criminal activities there and made friends with gangster Lefty Ruggiero, this Johnny Depp film tells the story of Pistone’s covert mission. He develops feelings for his friend Lefty, the mob begins to accuse him of being a gang spy, and his marriage breaks down as a result of his constant absence.

Rango, a chameleon that people keep as pets and who likes to act out stories, winds up in the Old West town of Dirt, where he poses as a hero to become sheriff and is given the job of investigating the persistent drought. He quickly realises that he received more than he bargained for when he meets the evil gunslinger Rattlesnake Jake.

It gives a fantastical account of author J.M. Barrie and the events in his life that inspired him to write “Peter Pan,” which is probably his best-known work. A widow named Sylvia Llewelyn Davies and her four sons, Peter, George, Jack, and Michael, become friends with Barrie. A strong platonic bond forms between the two. For “Peter Pan,” he used them as inspiration.

The biographical crime thriller follows FBI agent Melvin Purvis’ pursuit of bank robbers John Dillinger, Homer Van Metre, and Baby Face Nelson and is based on actual events. The movie shows how the oppressed people of the nation looked up to Dillinger and the FBI’s efforts to catch the criminals.

The biographical crime thriller starring Johnny Depp follows FBI agent Melvin Purvis’ pursuit of bank robbers John Dillinger, Homer Van Meter, and Baby Face Nelson and is based on actual events. In addition to showing how Dillinger was admired by the nation’s disadvantaged citizens, the movie also shows the FBI’s attempts to capture the crooks.

After killing a guy, accountant William Blake is on the run when he meets Nobody, a weird Native American who helps him get ready for his spiritual journey.

When looking for the final two copies of a demon book, a rare book dealer becomes involved in a scheme with paranormal elements.

A young patient who poses as Don Juan, the world’s greatest lover, must be treated by a psychiatrist.

Visiting Arizona, a young man from New York discovers that he is free to love and dream.

25. Fear and Loathing in Las Vegas

Travelling to Las Vegas for a series of hallucinogenic adventures are an eccentric journalist and his psychotic attorney.

Vaani Kapoor is a famous Indian Actress and model, was born on 23rd August 1988 in Delhi, India....