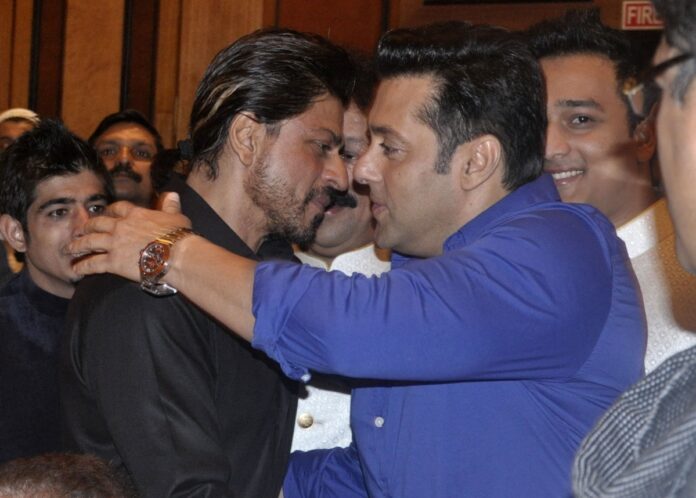 How monotonous would lives be without competitive rivalry? This holds true for Bollywood as well! The stars formerly enjoyed a monopoly, but they soon discovered that similarly well-known and gifted individuals also headed their path. Bollywood’s bitter rivalry narratives are more interesting than the films actually, from sharing onscreen space to getting recorded in newspapers regarding catfights. So let’s take a look at a few of the Bollywood rivalries the film world has ever witnessed. We’ll begin our post with the strong rivalry between SRK and Sallu Bhai in the 2000s, which all Bollywood fans still like bringing up sometimes. The pair collaborated on a few films, but following their argument, they ceased communication. Along both ends, there were a plethora of misinterpretations. Despite spending most of their days as close friends, the performers have experienced equal ups and downs in their lives. One significant incident that has continually drawn attention is a fight that quickly became extremely brutal on the Chalte Chalte sets. However, after exchanging numerous barbs at one another, the two made up at Farah Khan Kunder’s marriage ceremony. 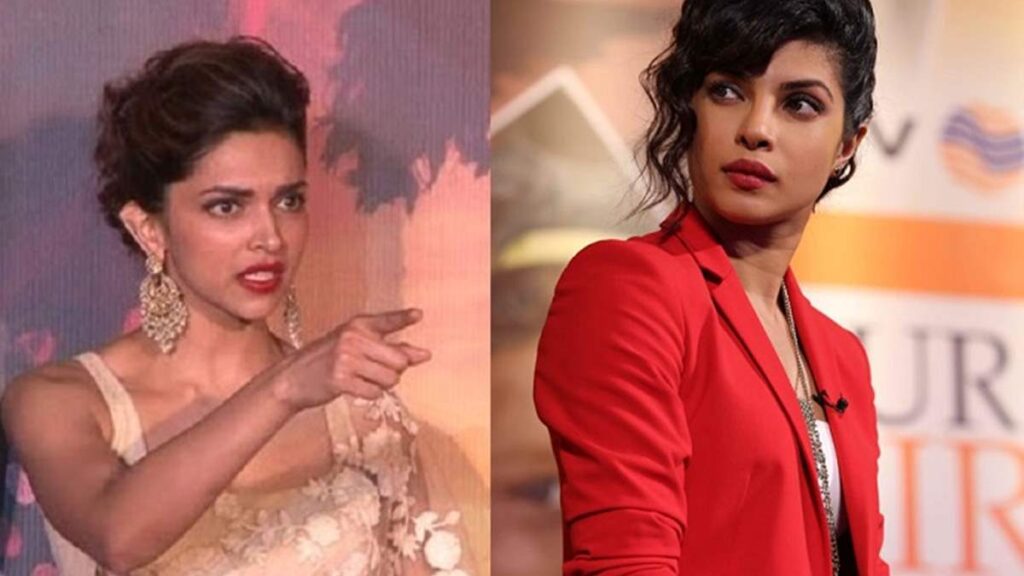 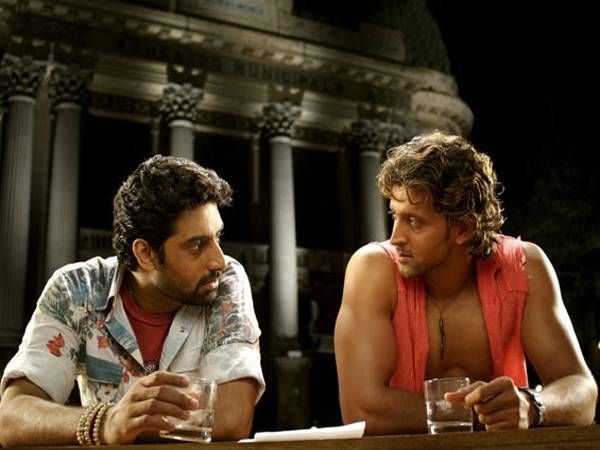 Indian renowned celebrities Hrithik and Abhishek Bachchan were among the good buddies in Bollywood. The performers were on good terms, so when they abruptly stopped talking, all were taken by surprise. No one knew why they stopped conversing. Provided that Roshan and Aishwarya shared a few romantic scenes in the film “Dhoom 2,” there was a slight suspicion that Rai was to blame for their feud’s beginning. 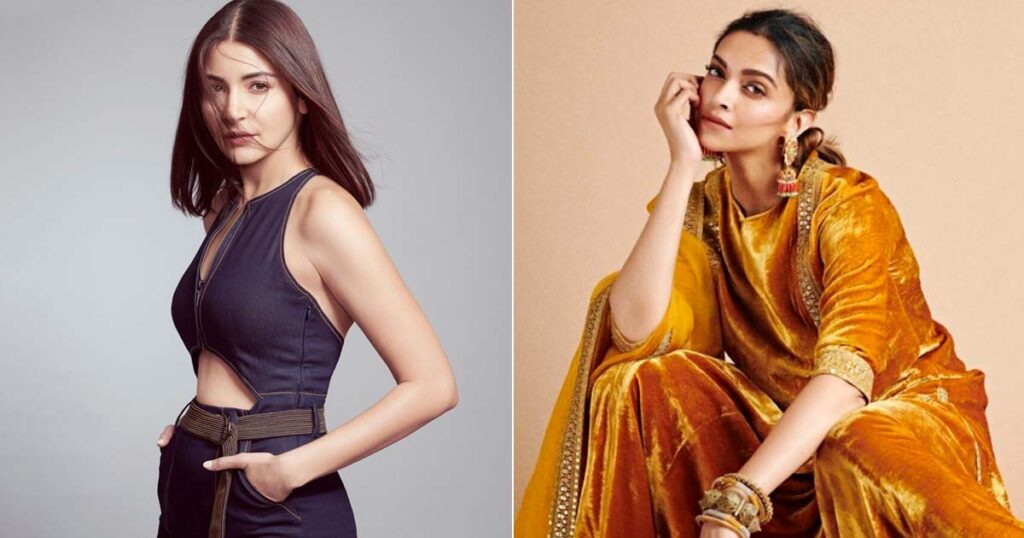 Deepika Padukone and Anushka Sharma are among the hottest actresses in Bollywood. As Gully Boy actor “Ranveer Singh” was Anushka’s ex-boyfriend, there was animosity between both the two actresses when Deepika began dating him. However, Deepika and Anushka have been tweeting to encourage one another and enjoy congratulating on social networking sites publically in their accomplishment. So it appears that their rivalry may have only been a  Bollywood rumor. 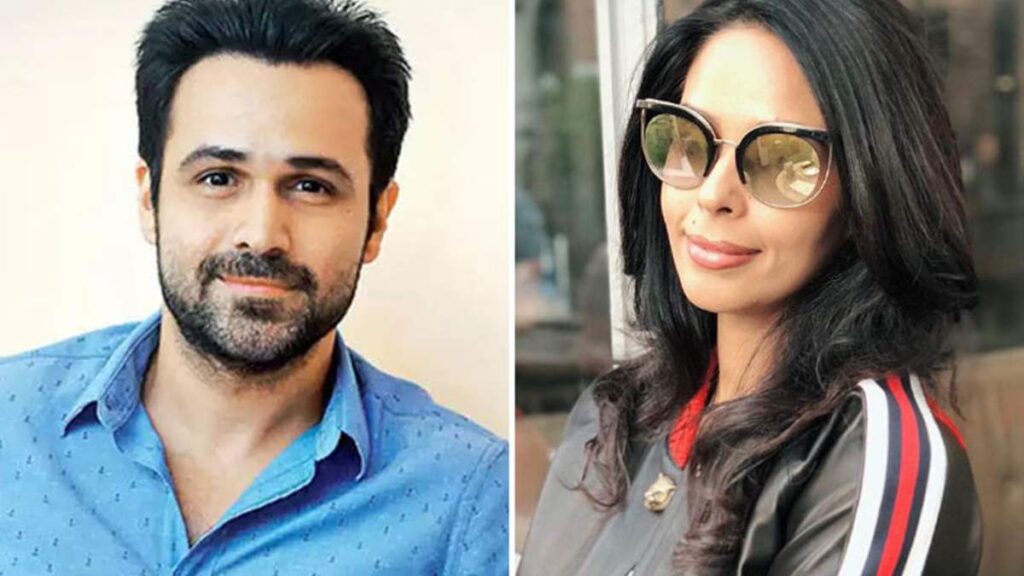 Indian actors Emraan Hashmi and Mallika Sherawat appeared on the same screen in “Murder.” Onscreen, they displayed incredible chemistry, and the film was a blockbuster. However, they got into a fight when Mallika claimed that she was responsible for their movie’s success. Emraan was incensed by this remark. He remained in the Murder film series, but the actress was replaced for the next parts which added fire to this Bollywood rivalry. 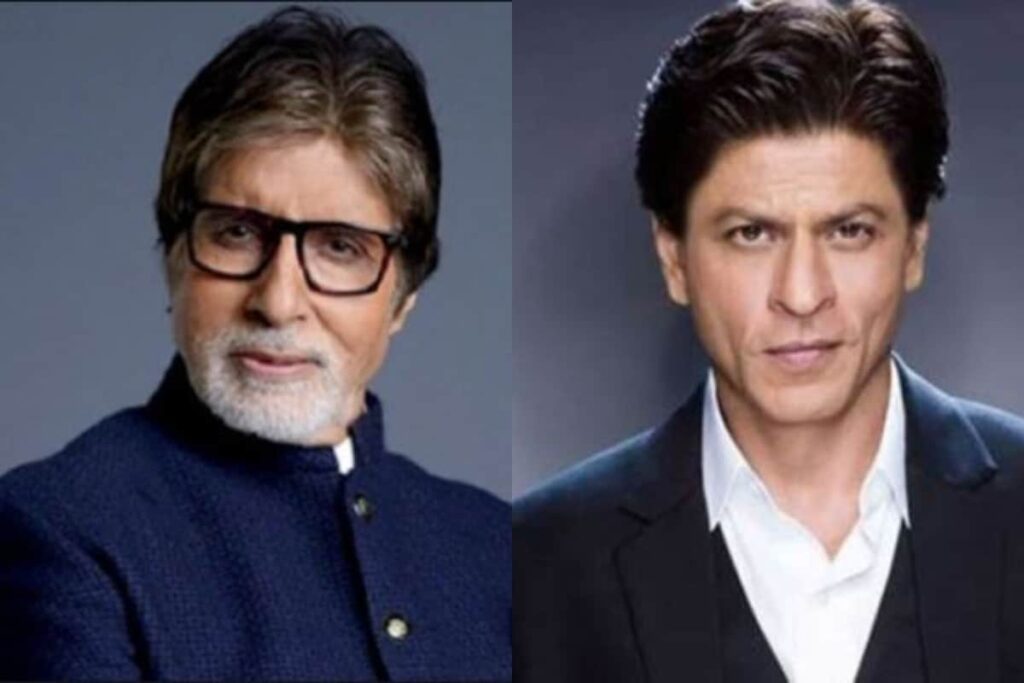 The animosity between SRK and Big B, the Baap of all conflicts and disputes, needs zero description. Khan wanted to take Amitabh’s place despite being satisfied as the Baadshah of Hindi films. Shah Rukh decided to proceed directly following Mr. Bachchan’s pathway. He used his marketing for Nav Ratna Tel and the remake of Don, Kaun Banega Crorepati to match the Shahenshah for third place. Shah Rukh anticipated that by accepting the hosting gig for Kya Aap Paanchi Paas Se Tez Hai, his commercial standing would improve. However, SRK’s attempts to emulate Big B’s glamour in all of his shows failed terribly, and the duo engaged in the most contentious Bollywood rivalry. 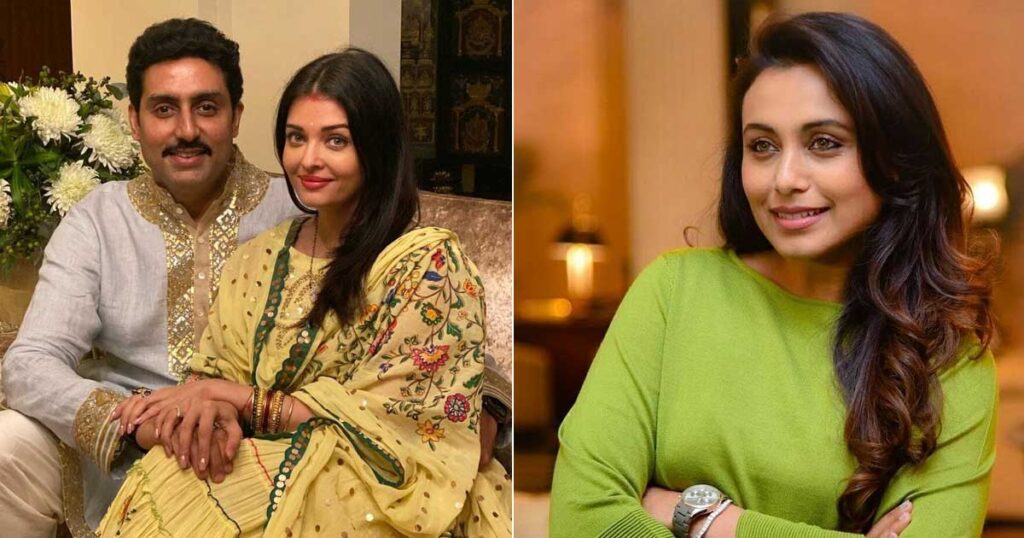 Before this Bollywood rivalry, Aishwarya and Rani were very friendly. Even though it was long believed that Abhishek Bachchan was seeing Rani, that was not the reason. But Salman Khan’s douchebaggery is the cause they are no longer buddies. Aishwarya was set to star in Chalte Chalte as Srk’s wife. Salman entered the sets when they were filming and started a drama. Aishwarya was swapped out for Rani by SRK to prevent any additional controversy. You cannot fault Aishwarya for not wanting to get involved more in this friendship because neither SRK nor Rani, who was among Aishwarya’s best mates in the industry, informed her about it. 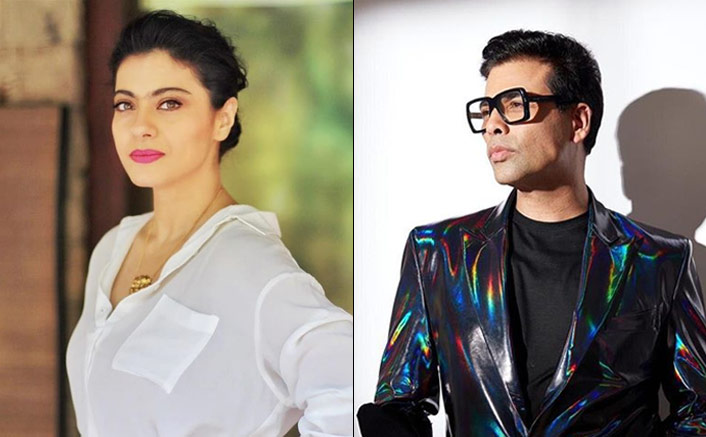 Bollywood celebrities Kajol and Karan Johar were both good friends. Moreover, they both shared a sibling-like relationship and were friendly to each other. When it got professional, things began to change. Conflict arose since their films were scheduled for a premiere at the same time. Initially, it was mostly between Ajay Devgan and Karan, but things became complicated and Kajol was involved, and they’re still at odds. 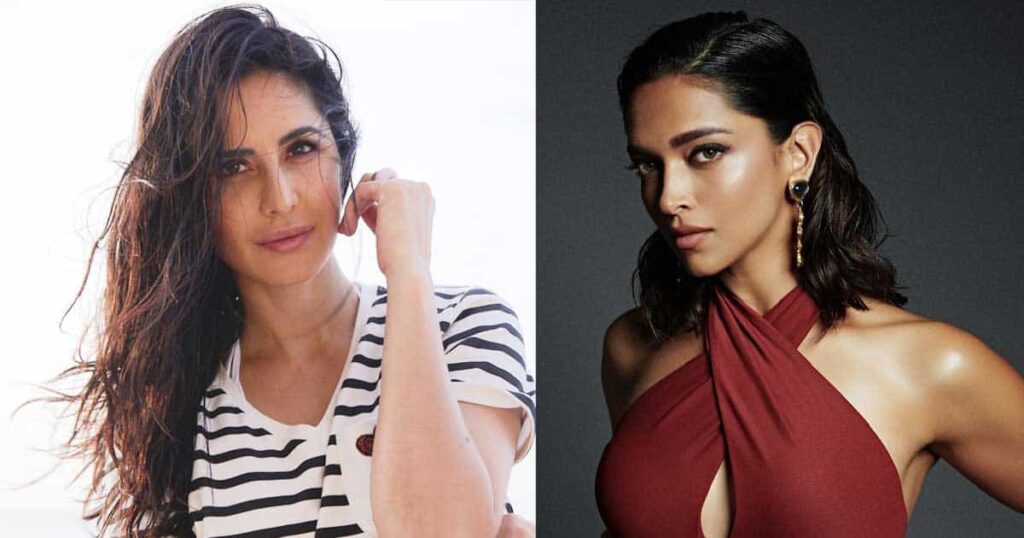 Deepika and Katrina Kaif are both considered Bollywood queens. Another cause of this animosity is breakups and ex-partners. After Katrina began dating Ranbir Kapoor, the stars shunned one another at gatherings and are not on good terms. The two gorgeous women should forget this rivalry and get along because they would make fantastic co-stars in Bollywood movies. 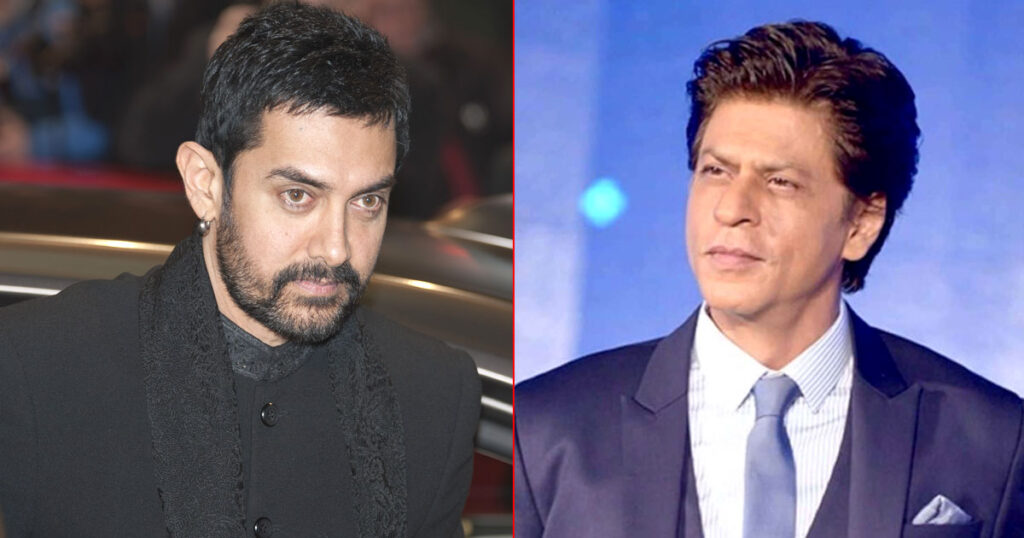 It’s challenging for two superstars to avoid butting heads in a business where power conflicts are routine. Despite being friendly, Aamir Khan and Shah Rukh were never close. It seems that this dates back to 1995 when both performers, Aamir and SRK, were up for Filmfare for their roles in Rangeela and Dilwale Dulhaniya Le Jayenge, respectively. Many claim that because SRK won the trophy, Aamir hasn’t attended any awards ceremonies after that because he’s jealous of SRK’s achievement and they have a fierce rivalry.

Read More: 8 dark secrets of Bollywood that we bet you don’t know

Double XL is an upcoming Hindi satirical comedy featuring Huma Qureshi and Sonakshi Sinha. A trailer for the...
Entertainment

Thai Massage is a satirical comedy film that's produced by T-Series and Reliance Entertainment. The movie is directed...