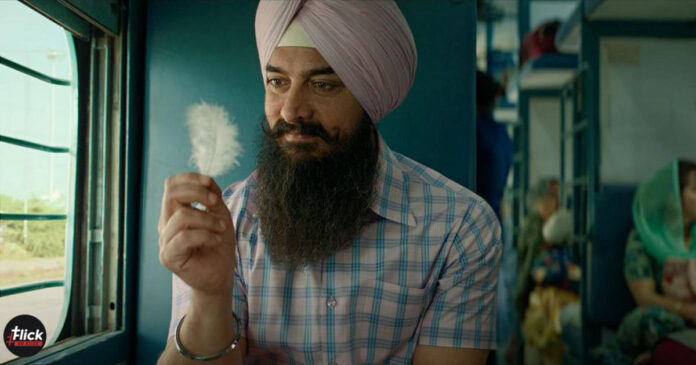 Laal Singh Chaddha starring Aamir Khan, Kareena Kapoor Khan, Naga Chaitanya and Mona Singh released its trailer during the strategic timeout of the IPL 2022 final. The unique idea to launch the trailer in a sporting event spawned from the brain of Mr Perfectionist Aamir Khan. Laal Singh Chaddha became the first film to officially launch its trailer on a grand scale through the cricketing event, IPL.

The trailer of the film starts by showcasing Aamir’s character as a disabled boy in his childhood. Mona Singh is shown to be the mother of Laal Singh in the trailer. While Kareena Kapoor portrays the love interest for Aamir in the film. Naga Chaitanya will be seen as an army troop and colleague of Aamir Khan. The film promises to be an endearing journey of a straightforward and simple man who deals with his problems with a smile on his face.

Aamir Khan in the titular character is expected to add layers of deepness to the story. Laal Singh Chaddha will be a movie which will explore various historical events alongside the personal life of the main character. The trailer is filled with exciting turns and events and has left the fans guessing about how the movie will turn out to be.

The film is based on the 1994 Hollywood flick Forrest Gump starring Tom Hanks and Julia Roberts in lead roles. Forrest Gump was a huge success which swept away many Oscar awards in 1994, including the award for Best Film and Best Actor. The movie was itself based on a novel by Winston Groom. It has become a cult classic over time and established Tom Hanks as one of the best actors in Hollywood. Aamir Khan and his team have huge shoes to fill in with their movie.