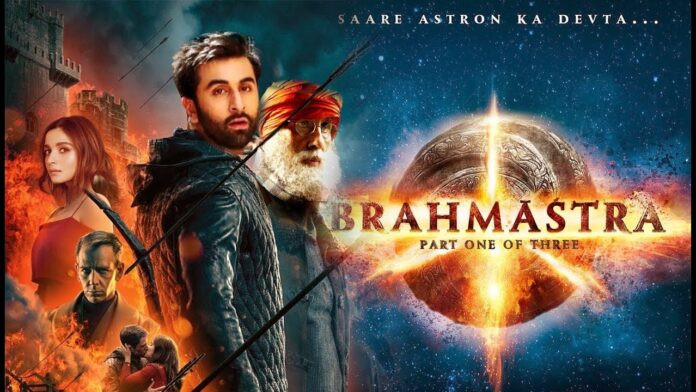 Brahmastra, directed by Ayan Mukerji, is one of the 2022 most awaited movies. which stars Ranbir Kapoor and Alia Bhatt. For the past nine years, the cinematographer has been involved with this endeavor. And his project love will be released on September 9, 2022. The audience learned about the immense scale and budget of this action spectacular ahead of its debut. The film’s budget places Brahmastra among the most costly Bollywood blockbusters in recent times.

Brahmastra is the narrative of the historic astras’ survival and preservation in modern India. The film’s plot revolves around Shiva, the hero named after Lord Shiva and portrayed by Ranbir Kapoor, who defends Brahmastra from terrible forces. According to the plot and other tale features, Brahmastra appears to be a deeply ingrained story. Furthermore, the film elevates Indian culture and introduces it to a broader audience.

Brahmastra proves to be a high-budget movie:

For those who are ignorant, Brahmastra has been staged on a grand scale. Alia Bhatt and Ranbir Kapoor’s drama is said to be produced for Rs 400 to Rs 450 crore and is supported by Karan Johar’s Dharma Studios, Starlight Films, and Prime Focus in conjunction with Star Studios. Having said that, the budget covers everything from actor salaries to advertising and promotion expenses.

Ayan earlier stated that the idea for the movies came to him while he was actively shooting on Yeh Jawani Hai Deewani. The film’s production began nearly five years ago. The film’s primary actors, Ranbir Kapoor and Alia Bhatt met during the production and married earlier this year following a relationship for five years. In June, Alia revealed her pregnancy. Mouni Roy, Nagarjuna Akkineni, and Amitabh Bachchan also appear in Brahmastra. Shah Rukh Khan’s involvement was already rumored, but Mouni affirmed in a recent interview with Bollywood Hungama that SRK has a special participation in the movie. According to the leaked images, SRK plays ‘Vanarastra’ in the flick. It was previously believed that the Pathaan actor would play a researcher in the movie. From artists being intimidated by their movies to today’s social media Boycott Trends, Bollywood has encountered several challenging situations. While the films have survived hurdles such as low box office sales and negative reviews, it has become more difficult for movies to make it to the big screen.

Recent releases, such as Raksha Bandhan and Laal Singh Chaddha, have endured a terrible fate. Whether it’s due to the boycott trend or the storyline, Bollywood has struggled to wow the public.

Brahmastra is officially due to hit theatres on September 9th, after 9 years of delays and filming. However, the picture has been dogged by criticism since months before its debut, with the boycott group continuing to target it for a variety of reasons.

It is expected to be one of the most costly Hindi cinema to date, with a cast that includes Alia Bhatt, Ranbir Kapoor, Amitabh Bachchan, and Nagarjuna in major roles. It’s not a remake of a previous film, nor has it been too much advertised, with performers doing several interviews and showing in your reel stream at random.

The public’s fascination with boycotting movies has progressed to the point where they will not avoid a film because of offensive content. Instead, they sift through the actors’ prior tweets, appearances, and remarks to find a reason to disseminate hate about movies. We hope the hard work and efforts of the cast and directors don’t become the prey of the Bollywood boycott trend.

Kiara Advani is one of the top actress going around in bollywood right now. Along with her  mind...
Lifestyle

An Action Hero Review: Ayushmann Khurrana is unfortunately not a delight to watch in this Insignificant action thriller...