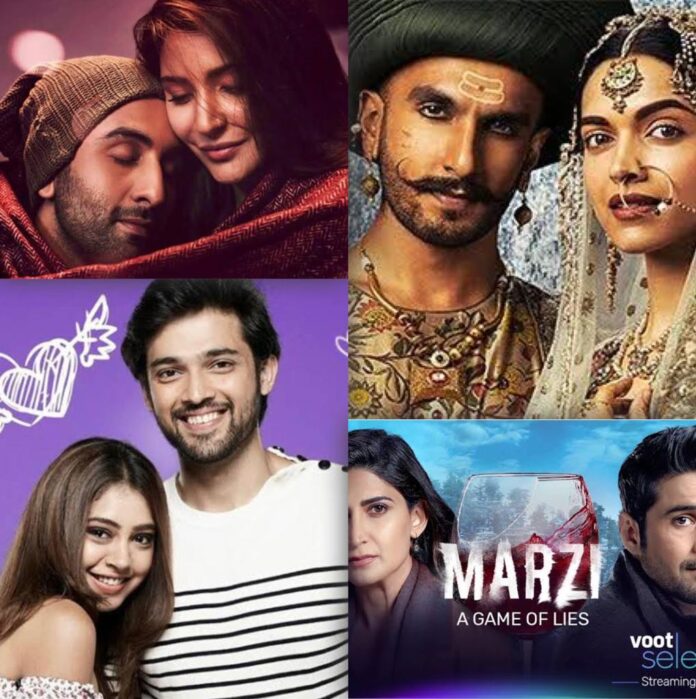 With so many OTT platforms on the internet, choosing what to binge-watch may be quite difficult. It is frustrating to waste your time on boring movies and web series. On a variety of OTT platforms, there is a tonne of entertaining content that hooks viewers with its captivating plot, clever screenplay, and strong acting. we’ve previously suggested the best movies and web series available to stream on Amazon Prime Video, Netflix, and ZEE5. Now Browse through the following web series and movies on Voot Select. The narrative centers on Sameera and Anurag. After a painful breakup, Sameera finally decides to go on a date after so much consideration. Although her evening with Anurag, initially appears to have gone well, she awakens the next morning to discover she has been sexually abused and feels certain that Anurag is guilty. Anurag, on the other side, asserts his innocence and vehemently denies ever doing anything wrong. Who is speaking the truth, and also who is the real culprit? You will be pushed to ask this query during every episode of this riveting thriller-suspense series on Voot.

This courtroom drama centers on a bright, conscientious advocate who adheres to the rules and fights to hold the guilty accountable. She eventually discovers that the system of justice, and especially her law company, is far from idealistic; here, the wealthy and powerful are often let off the hook despite having committed serious crimes. The remainder of the story is about how she fights bravely in this predominantly male society both outside and within the courthouse while torn between her obligation to the legal firm and her morals to follow the correct path.

The most famous music group from the S.P.A.C.E. Academy, Fab5, and two new girls are the subject of one of India’s most watched television shows, which follows their fights to overcome Fab5’s challenges. This top-rated Voot web series has three seasons so far, and a fourth is soon to be released. With this sweet love-drama series, Ayaz Ahmed, Charlie Chauhan, Neeti Taylor, Parth Samthaan, and many other performers have raised our expectations for college and adolescent lifestyle.

The plot centers on the lives of Rahul and Radha, who are happily married and struggling to process their unwanted pregnancy. In the episodes, the early stages of mental breakdown and the hardships of staying true to societal expectations are vividly shown. They are a typical metropolitan working couple juggling life while dealing with unsatisfactory jobs, large EMIs, an unpleasant environment, and more. Rahul has no desire for kids and is sick of marriage, work, and all the other things that they frequently worry about.

The plot revolves around delving into all the facets of desire, love, and lust. It is based on bedroom fantasies that people wouldn’t normally talk about. While traveling, the male protagonist Tahir meets Leela and Kiara, best friends, and later becomes friends with both. The trio enjoys their time together while they learn more about life than they’d have otherwise. It highlights all of the scenarios that individuals imagine in their lives and is one of the best Voot web series.

In a London pub, Ayan (Ranbir Kapoor) and Alizeh Khan (Anushka Sharma) first interact. They have a few heartfelt conversations before switching to a happier tone and forming an emotional connection. Ayan, the musician, never finds true love since Alizeh doesn’t feel the same way. He meets a variety of people along the way who help him understand the strength of forbidden love. This is one of the best movies on Voot and is a perfect blend of friendship, heartbreak, and one-sided love.

Based on an actual story, India’s most dreaded law enforcement agency, the CBI, conducted massive raids in the middle of the 1980s. A crew of four thieves used to rob powerful businesspeople and renowned politicians by impersonating the CBI or the income tax authority officials and conducting raids. They used to steal their valuables and illicit money during these fictitious raids. The trio chooses to attack a jewelry store in Mumbai after deceiving numerous people. Wasim Khan, a CBI official, is this time keeping a close eye on everything they’re doing. Special 26 is must watch movie available on Voot.

The legendary love story of Peshwar Bajirao and Mastani, which was produced by Sanjay Leela Bhansali, was appreciated and praised by many. In the story, the courageous Peshwa Bajirao, who is married to Kashibai, has feelings for Mastani, a warrior princess who is in dire need of help. They fight against the conservative family’s objections to making their love succeed. The character was beautifully portrayed by Ranveer Singh and Deepika Padukone in this epic blockbuster movie, available to watch on Voot.

With this film, Kangana Ranaut saw her acting career blossom. Rani Mehra, a lovely woman from Delhi, is the protagonist of the movie Queen. She is born in a caring and encouraging Indian household but she lives her life following the customs of society. After her marriage is broken she ultimately finds herself in a position where she must make the most amazing choice of her life. She chooses to travel alone on her honeymoon! The path a girl takes to get over her past and ultimately discovers herself is what comes next.

The storyline of Airlift centers on Indian businessman Ranjit Katiyal, who lives a contented and prosperous life in Kuwait with his family. But when Iraq invades Kuwait, he decides to put his life in danger to save his helpless countrymen. One of the most popular movies ever, the movie gained the 200 crore club.  Regardless of how many times you watch the movie that is available on Voot, it will never get old. Akshay Kumar and Nimrat Kaur were too outstanding in their roles in this blockbuster.

Hindi thrillers movies are still one of the most beloved categories, with millions of fans all over the...
Entertainment

As the world of entertainment changes, so do the trends in movies. What was popular in the past...