Laal Singh Chaddha Review: Tom Hanks’s Forrest Gump reimagined as Aamir Khan’s Laal Singh Chaddha is what you would call an identical twin that at times may feel too similar. The movie does add a bit of Indian tadka with golgappa changing the iconic box of chocolates, Indian historical events replacing American affairs, and social issues in the Indian diaspora running parallel to the original Hollywood film. However, all of these changes are quite subtle and do not bring the desired uniqueness that Aamir fans might be craving. At times you may feel like you are watching the Hindi dubbed version of Forrest Gump, which some viewers may not find amusing. The film, which took so many years to make and had a ton of hype associated with it, was expected to be a firecracker, but unfortunately, may feel a little underwhelming to you.  The narrative seems to have been toned down on certain events by the filmmakers, which may make the viewers feel that the film has been constrained.

Easing out the significant Indian historical events by mentioning them in passing remarks to suit the style and tone of Forrest Gump does not fit right for the Indian context. Fans who were waiting for something special could walk out of the theatres feeling a little jaded. Aamir Khan, dubbed the Mr Perfectionist of the Indian cinema, has shown too much perfection to adopt the mannerism of Tom Hanks’s Forrest Gump, which we believe would have worked if it was not for the Indian audiences.

The Advait Chandan directorial could have been a lot better by adding a bit of originality and allowing Aamir to retain his original charm. Instead of being a plain copy, something should have been added to make it more Indianised. Laal Singh Chaddha suffers from the worm of perfection, which ultimately proves to be its fatal flaw. However, Sonu Nigam‘s voice provides a soothing relief in the film. 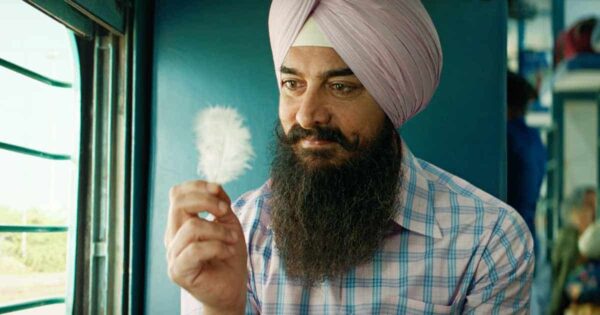 In terms of performance, everyone has done a commendable job. Aamir Khan is loveable as Laal Singh Chaddha, but the audience who have already seen Forrest Gump would have wanted more of Aamir-Esque charm to the character. Kareena Kapoor Khan and Naga Chaitanya have flawlessly made the roles of Jenny and Bubba their own. Their originality is the key to their stellar performances. Mona Singh is excellent as a doting mother, while Manav Vij is also exceptional as Mohammad Paaji.

Shah Rukh Khan also makes a cameo appearance in the film. There is not much significance to his role, but he owns the scene in which he appears. There is something special about him whenever he is in seen special roles in a film. All in all, Laal Singh Chaddha is a one-time watch film.

Michael Movie Review: The same old concept of crime, thrill and drama has been explored in this movie...
Entertainment

Kareena Kapoor Khan is a hot and sexy Bollywood actress who is the sister of the Indian actress...
Entertainment

Whenever we hear of Bollywood, the names of Khans and Kapoors are bound to pop up. However, their...