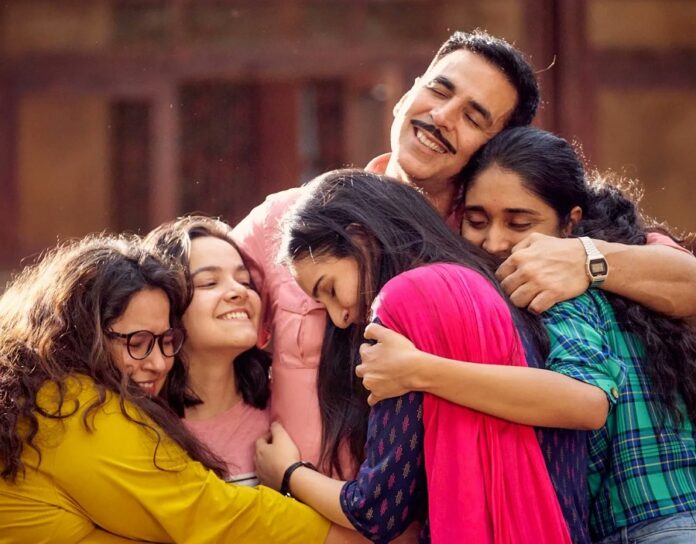 Raksha Bandhan Review: Akshay Kumar’s film starts off as a comedic experience that transforms into a social commentary on the vice of dowry in Indian society. The movie is both a comforting and tear-jerker adventure. Aanand L Rai’s directorial has managed to touch the lively sibling bond and showcase a grave issue rooted in middle-class India that is a known evil yet continues to thrive.

Raksha Bandhan Story: The movie focuses on a golgappa seller Lala Kedarnath who is tasked with the responsibility of caring for four sisters. He is the eldest sibling who has taken the duty to fulfil the dreams and hopes of his beloved sisters. Lala promised his mother that he would marry off all four of his sister to respectable households. Therefore, he goes to extreme lengths to get things done. Will he be able to fulfil the promise, or will something impede his efforts? The answer to this question forms the rest of the plot for the film. 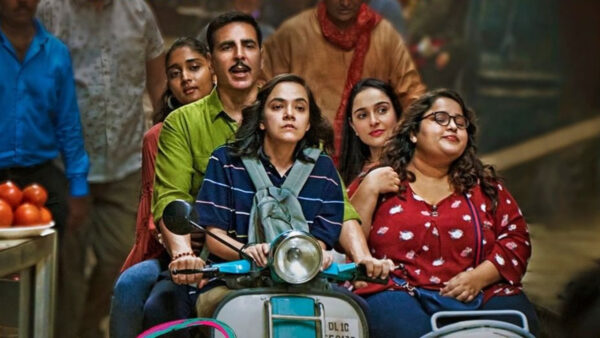 
Raksha Bandhan starts off as a light-hearted comedy in which you get to see entertaining laugh-out-loud moments that are sure to bring the memories of good old happy times with your siblings. The movie seems to be a joy ride before the interval. However, the light narrative takes a grave tone in the second half. A film which started off as a pure comedic gem turns somewhat into a preachy social drama that many viewers may not have expected from the looks of the trailer.


The film is set in the locales of Chandni Chowk in New Delhi. Lala Kedarnath, played by Akshay, is golgappa seller who is famous among pregnant women due to a belief that eating the golgappas made by him can make women deliver boys. A typical age-old issue in India that’s told through a lens of comedy. Not that we mind. In fact, we would have appreciated it more if the movie continued to thrive on the humour while putting out the issues. However, the film takes a serious tone and falls a bit short of its potential. 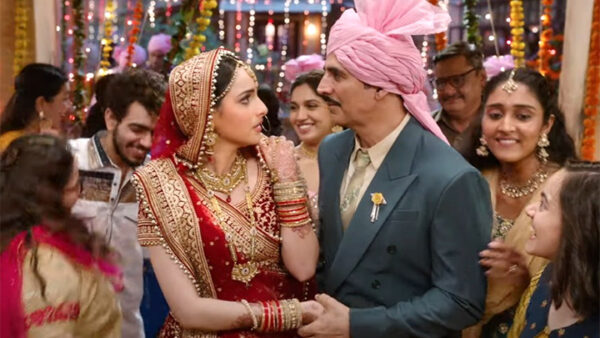 Nevertheless, be ready to bring out your tissues as it gets really emotional in the second half. Those who love emotional dramas with a hint of social message would definitely adore the events after the interval. Although people who went into the theatres with their siblings to watch a comedy flick might be disappointed in the second half.


All the actors, including the newcomers Sadia Khateeb, Deepika Khanna, Smrithi Srikanth and Sahejmeen Kaur, are a treat to watch. The four sisters have a feel-good camaraderie that makes the viewers feel the warmth. Akshay Kumar is brilliant with his comic timing and flawless in the emotional scenes. Bhumi Pednekar, who plays Sapna, the love interest of Lala Kedarnath, has done justice to her part. She has shined despite not having much say in the plot.


The film could have done a bit better with the music as all the songs are easily forgettable and do not heighten the emotions in scenes which could have performed better with hard-hitting lyrics being sung in the background. The writing could have been a bit crisper to make the film sharper and not seem like a stretched social commentary. The humour is on point whenever it is used, and the story that middle-class India will relate to makes it at least a one-time watch.