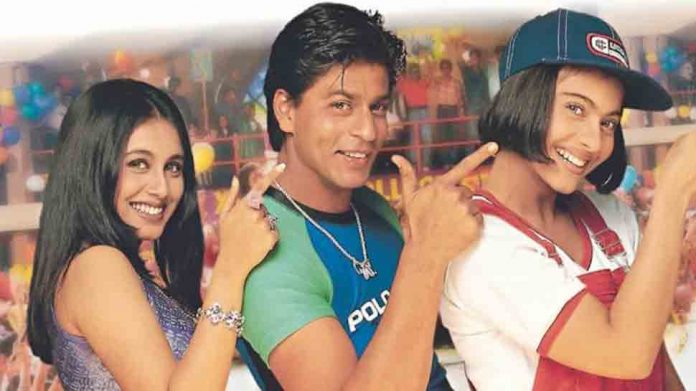 Did you know that your favorite actors have played a role in one of the most iconic films when they were teenagers? You missed them, didn’t you?


You might get surprised after knowing that Fatima Sana Shaik played the role of Kamal Hasan’s daughter in the 1997 hit Chachi 420. We guess this information blew your mind as you may have never noticed this carefully. 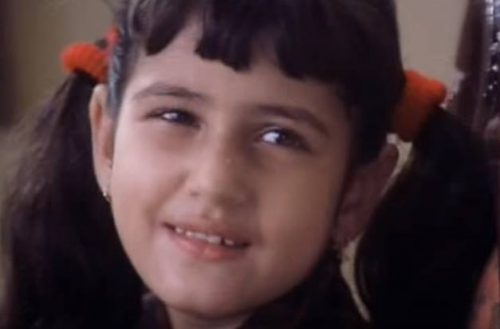 There are many actors who starred in iconic films when they were kids. But do not worry as we have mentioned their name, roles, and movies in the list down below which will make you love them even more after seeing their little version on screen.

This is a story of a man named Devendra Kumar who is living his domestic life peacefully but soon his happy life turns upside down as he comes to know that he has an illegitimate child from his past affair and now that child is his responsibility. When Devendra’s wife learns about the child, she is totally devastated inside-out. The movie is starring Nasiruddin Shah, Shabana Azmi, and Urmila Matondkar, who is still considered one of the glamorous actresses of the Bollywood industry. Urmila played the role of a nine-year-old daughter of Shah and Azmi. Though this was not the first time that she played a role in a movie, in fact, she made her debut in a Marathi film named Zaakol when she was six-years-old.List of web series and movies releasing on OTT Platforms on January 2021

Who doesn’t love this iconic film? Children of that generation still remember some of its songs like – Kitna Pyaara Tujhe, Pardesi Pardesi Jana Nahi, Tere Ishq Mein Naachenge which went viral and many cassettes sold out at the time of their initial release. But most people didn’t notice that apart from Karishma Kapoor and Amir Khan, the movie also starred Kunal Khemu who played the role of an 11-year-old Rajnikant, mainly the sidekick of Amir Khan in the movie. His innocent and joyful acting was appreciated by the audience.

This film is considered one of the most successful iconic films of both Shahrukh Khan and Kajol, which made their chemistry stronger than ever before. Sana Saeed – the cute Anjali, who decides to bring together her widowed father and his childhood true love (who is also named Anjali) after reading a note which her mother wrote before she died. Sana has also appeared in some television shows before appearing in Karan Johar’s 2012 film – Student of the Year, as Tanya.

ALSO READ: Five Bollywood Movies That Will Make You Feel Proud as Indians

Kristen Stewart went famous when she starred in the Twilight series as she got noticed because of her promising role of a twelve-year-old diabetic daughter in the Panic Room. This is a story of a mother and a daughter who hides in the panic room of their new home, in order to keep themselves safe from burglars. David Fincher’s thriller movie gave a boost to Kristen at a younger age and brought a lot of fame to a teenager.Best Rom Coms to Watch on NETFLIX During this Winter Season

All-time action hero Tom Cruise is accompanied by Dakota Fanning who plays the role of a daughter, and she is protected from the alien invaders who try to destroy the planet earth with their giant and advanced machines. Dakota has been starring in many movies as a child including her cameo in Friends. She is one of the few actresses who has been a part of the filming industry since their teenage life.

This movie has been considered one of the best of all times as it brought a new era of visualization in the filming world. We bet everyone must have watched ‘Koi Mil Gaya’ at least once, as Koi Mil Gaya was truly inspired by this Hollywood masterpiece. This is a story of a boy named Elliott, who becomes friends with an alien who is left behind on planet earth by his fellow aliens. The movie also stars a seven-year-old Drew Barrymore who is especially known as one of Charlie’s Angles, one of the best movie series which highlighted women empowerment.


ALSO READ: 7 Blockbusters To Enjoy This Weekend On Your Favorite OTT Platform

2022 has been a period of challenges and successes for the Bollywood film industry, with several movies starring...
Lifestyle

When it comes to enjoyment, going to see a fantastic movie with delicious popcorn is a clear choice....
News

Before its broadcast, Aamir Khan's movie Laal Singh Chaddha grabbed attention in the headlines. Even before its premiere,...