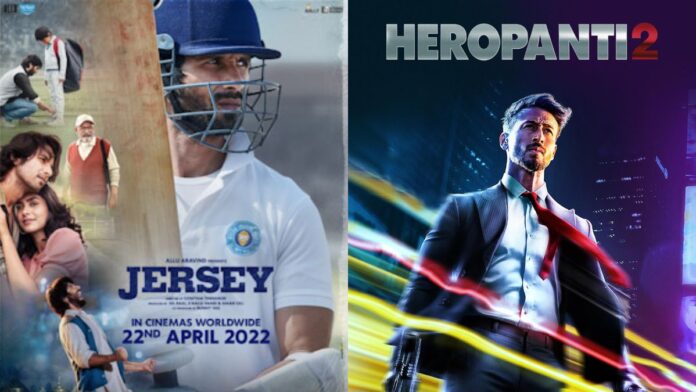 It’s not like the movies lacked big names or spectacles. Large-scale thrillers have struggled to make money at the box office, like Ranbir Kapoor’s Shamshera, which cost 1.5 billion Indian rupees ($18.7 million). The historical action film has so far brought in 630 million rupees, per the most recent information from Bollywood Hungama. So Let’s check out some of the biggest flop Bollywood movies in 2022.

This is a horrible outcome for a movie that took more than three years to shoot and fourteen to create, on par with Aamir’s most recent movie, Thugs of Hindostan. However, while that movie’s box office performance had a record-breaking opening, Laal Singh Chaddha was immediately rejected by the crowd.

Akshay Kumar portrays well-known historical figures in films that are practically guaranteed to be commercial successes. But regrettably, neither viewers nor critics were impressed by this high-budget historical drama based on the life of Rajput monarch Prithviraj Chauhan.

In the romantic drama film starring Pooja Hegde as the lead, Prabhas, one of the most well-known actors in the South Indian film industry, appeared in the movie. Due to mixed reviews and a sizable fan base in the Hindi-speaking region, the movie did poorly at the box office.

A comedy-drama film with social consciousness was based on the wishes of a Gujarati sarpanch family for a boy child from their son. Along with Shalini Pandey and Boman Irani, Ranveer Singh is in the lead. The public had high expectations for Ranveer Singh because of his track record of producing blockbuster films, but many were disappointed with the film’s concept.

Shabaash Mithu starring Taapsee Pannu, which cost 30 crores to produce, is based on the life and accomplishments of Mithali Raj, a legendary retired cricket player. However, after receiving thousands of pieces of media and advertisements, the movie only managed to bring in 40 lakhs on opening day and 2 crores for the entire week. Hence it failed miserably.

After the first instalment of action hero in Bollywood movies 2022, Vidyut Jammwal’s Khuda Haafiz, which received positive reviews after its post-Covid-19 release and direct OTT release on Disney+ Hotstar, was released, the producers were confident that the sequel would be a success. However, they released the second chapter in theatres, where it was a financial failure.

Sajid Nadiadwala’s Part 2 of Heropanti was produced with a huge budget of 85CR and a cast that included Tiger Shroff, Tara Sutaria, and Nawaz Uddin Siddiqui because the first film was so well received by the audience.

Due to the second part’s lack of continuity with the first, the film, which was released on 29 April 2022 in time for Eid, did not find favour with the audience. With the exception of the protagonists and the name, the cast and the plot were entirely different from the previous instalment, which is what caused the film to be a failure.

A Telugu film by the same name, jersey, served as the inspiration for Shahid Kapoor‘s sports drama. While the Shahid movie debuted on April 22, 2022, the Telugu film was launched in 2019. The crowd loved the movie more than the Jersey movie. Hence it was launched after KGF and only played in theatres for 7 days.

As of 7 May 2022, the film grossed ₹22.65 crores in India and ₹4.47 crores overseas, for a worldwide gross collection of ₹27.12 crores. Jersey performed poorly at the box office despite a positive reception from critics.

Previous articleNora Fatehi to Perform at Fifa World Cup 2022: Becomes the First Indian Celebrity to Get the Honour
Next articleSushmita Sen to Play the Transgender Activist Shreegauri Sawant in the Upcoming Biopic: Announces It With A Big Taali
Muskan Bansal

Abhishek Bachchan, who has been in the Indian cinema industry for almost 18 years, is still regarded as...
News

List of Indian Celebrities Who Have Tested Positive for COVID-19

An unexpected surge of the coronavirus pandemic has brought the entire world in a shamble as it has...
Entertainment