Ram Setu starring Akshay Kumar, Jacqueline Fernandez and Nushrratt Bharuccha in the lead roles, is all set to release on 25th October 2022. The teaser for the Ram Setu was released through the official YouTube channel of Prime Video India. 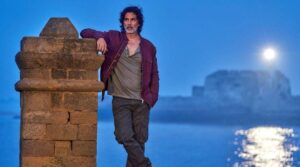 The teaser showed Akshay Kumar as an archaeologist who is on short time to save the Ram Setu. In fact, he has only three days to save the epic landmark before the sinister personalities take over it.

We see a robotic device in the teaser of Ram Setu, which we are sure is going to play a key role in this upcoming adventure saga. The teaser is filled with thrilling action sequences, and we see Akshay Kumar on the run with Jacqueline Fernandez and Satya Dev.

From land and water to air, the action is sprawling to almost all the sectors of Earth in this teaser that will surely blow you away. Ram Setu is one of Akshay Kumar’s most awaited films. This action-adventure film is completely different from the type of films he has been a part of in recent times.

We are sure to witness something spectacular in this adventure saga that will release on 25th October 2022 in the theatres. The film is directed by Abhishek Sharma. Aruna Bhatia and Vikram Malhotra are serving as the producers, and Aseem Mishra is handling the cinematography. The combo of Ajay-Atul provides the music for the film.

Here you can watch the Ram Setu Teaser:

Previous article
33 Hot and Bold Pics of Urfi Javed You Should Totally Checkout
Next article
Vikram Vedha 2022 Songs: The Action Thriller Packs A Punch In Its Music Tracks
Virat Verma