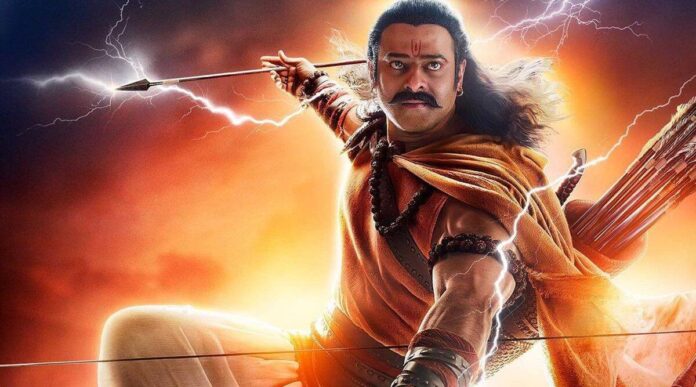 Adipurush, a Hindu mythological film, just released its teaser on 2nd October 2022. The movie has finalised a theatrical release date on 12th January 2023. It is directed by Om Raut, while Bhushan Kumar, Krishan Kumar, Om Raut, Prasad Sutar, and Rajesh Nair serve as the producers for the movie. The magnum opus is made on a huge budget of Rs 500 crores which makes it one of the most expensive Indian films ever. Did you know Prabhas has reportedly charged Rs 150 crores for the movie? Here we have covered the Adipurush Cast Salary in detail.

The film’s main actor Prabhas who is portraying Lord Rama or Raghava in the movie, has charged a massive amount of Rs 150 crores. Prabhas’s salary for Adipurush makes him one of the highest-paid Indian actors ever. Saif Ali Khan, who is essaying the role of Lankesh, which is based on the Ravana, has earned Rs 12 crores for his role.

Kriti Sanon, who is playing Prabhas’s love interest and the main female actress in the movie, is charging Rs 3 crores for her role. Sunny Singh is reportedly paid Rs 1.5 crores for his portrayal of Lakshmana in the film. Sonal Chauhan has been paid somewhere around Rs 50 lakhs.

Adipurush cast salary is just astronomical and definitely a surprise for Indian audiences. No Indian movie has been made on this massive scale till now. The trailer for the film is getting mixed reviews from the audiences, and we are highly awaiting the release of the film to know how it will fare at the box office.

Adipurush reimagines the story of Ramayana in a somewhat unique setting. The movie has great VFX, which has definitely hyped up Indian viewers. This film may present competition to Shah Rukh Khan’s Pathaan at the box office in January 2023.

Adipurush Postponed; Gets a New Release Date, Here’s When Prabhas Starrer is Releasing

Adipurush, an Indian mythological drama starring Prabhas, Saif Ali Khan, and Kriti Sanon, has been postponed after a...
Entertainment