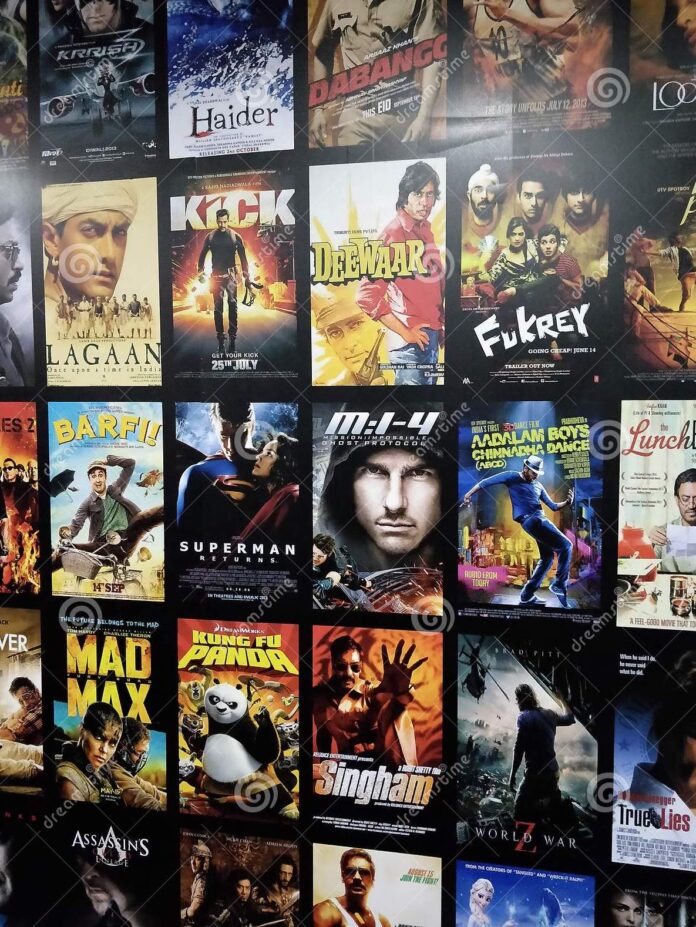 The lottery is a gambling game that relies on luck. It is usually characterized by emotions. But one thing you need to know is that winning the lottery can disrupt someone’s life dramatically. It can bring drama, joy, unprecedented risks, or threats.

Malamaal Weekly is an Indian movie released in 2006. It is about a winner of the Malamaal lottery from an impoverished village in India where people love playing the lottery. The plot is about a lottery winner named Anthony, who is known to be a drunk. After winning one crore rupees, Anthony dies under mysterious circumstances, leaving everyone from the impoverished village trying to claim the lottery money. However, before dying, Anthony had called the lottery commission, his sister, and several people he owed money to inform them he had won the lottery.

The movie was a remake of a Hollywood movie called Waking Ned and managed to earn around ₹42.7 crores against a budget of ₹ 7 crores.

This 2013 Hindi comedy film is available on Netflix, Disney+Hotstar, and Amazon Prime Video. It involves two backbenchers named, Hunny and Choocha, who have a dream of making it to the local college but lack the required grades.

However, the college guard named Pandit promises to get them with leaked class XII papers at a cost.

Through Pandit, the two backbenchers from a Delhi-based school meet Zafar, a former student struggling to make it through music. They also meet the fourth friend named Lali, who is pursuing a degree through correspondence and also dreams of getting into the same college as Choocha and Hunny.

These four friends get themselves into all sorts of problems trying to chase their dreams, including drug trafficking until they win the lottery and get out of trouble.

Fukrey Returns is a sequel to Fukrey and was released in December 2017. It is about four friends who went through all sorts of troubles to join college. After they are admitted to college, the four friends have to cope with their past, including evading Bholi Pinjaban, who is out of jail after 12 months and is trying to haunt them.

The four friends come up with a new plan to set up a lottery shop, which gets them into more trouble.

Luck is a movie about a gambling kingpin named Karim Musa, who considers himself the luckiest person. Karim was the only survivor after a mosque collapsed in Maharashtra when he was nine months old. At 14, he challenged his three friends to jump from a four-storied building and emerged the winner.

Karim meets Imran Khan, who also considers himself the luckiest man. They both decide to make money with people’s luck. The two come up with a game where they will ask lucky people to participate, and the luckiest person wins money while the unlucky ones may lose their lives.

Gambler is a 1971 Indian film about a lottery adventure in the real world. It involves a cop named Raja, who was abandoned by his biological mother at a young age. Raja grows up with a criminal don and card-sharp named Master, who employs Raja on a commission basis.

He later stops working for Master and develops more interest in lottery and gaming. When he starts to succeed and becomes wealthy, people accuse him of killing Master in cold blood. The rest of the movie is about Raja trying to free himself from the accusations.

Movies about the lottery bring nothing short of excitement and entertainment. Bollywood has been able to convey thrilling lottery events into the lives of movie enthusiasts in India, allowing them to live those fantasies by watching lottery-based movies. The above films are an excellent replica of what can happen after winning the lottery.

Salaam Venky box office collection day 1 is estimated to be around Rs 50 Lakhs. The movie is...