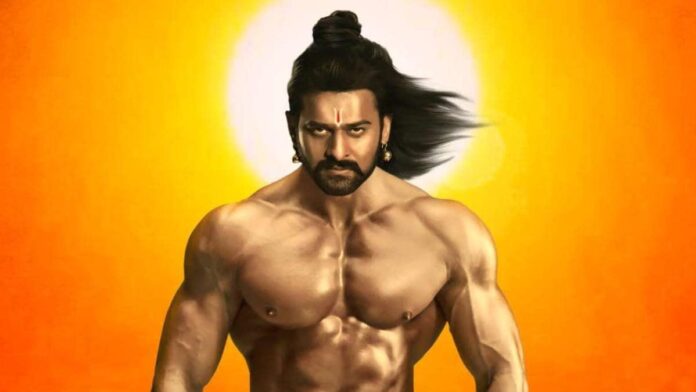 The most awaited film, Adipurush’s teaser has already sparked a lot of buzz. Saif Ali Khan plays Lankesh, Kriti Sanon plays Janaki, and Prabhas plays Raghava in the movie. Om Raut’s rendition of the Ramayana is titled Adipurush. a dramatization of the Hindu mythology Ramayana that was concurrently shot in Hindi and Telugu. It has an estimated budget of Rs. 500 crores, making it one of the most costly Indian movies ever made.

Regardless of religion, almost everyone in India is familiar with this story about evil versus good. It is also one of the most significant scriptures in the Hindu religion and narrates the tale of Lord Rama, who faces up against Ravana, the evil king of Lanka, to rescue his beloved Sita.

In carrying out his quest, Lord Rama is supported by his brother Lakshmana, their friend Hanuman, and a force of monkeys. On the Dussehra and Diwali celebrations, Hindus all around the world commemorate Lord Ram’s homecoming to Ayodhya after defeating evil and saving Sita. It is one of the best films representing our history. Check out the trailer now.

Movies starring Ranbir Kapoor center on Shiva, a DJ who learns about his strange connection to firepower and his capacity to release the Brahmastra, a mythical weapon thought to have the power to wipe out the multiverse and all living things. On the other side, Junoon, the monarch of dark powers, has also set out on a quest to obtain the Brahmastra. The plot centers on Shiva thwarting and combating Junoon’s tactics and learning about Brahmastra. It’s one of the greatest movies about Hindu mythology, similar to Adipurush.

The film’s plot centers on the commitments, weddings, and special occasions of three siblings, with the events being equivalent to those in the contemporary Ramayan: one family, three siblings, love and anger, regard and neglect,  the expulsion of the son, lots of drama, mother’s repentance, son returning home, happy conclusion. Another one of the Finest Bollywood Family Films is Hum Sath Sath Hain.

The entire Baahubali series served as a synopsis of both the Mahabharat as well as the Ramayana. Similar to Kaorav and Pandava, there was a struggle between the two brothers in the first episode of the series. Additionally, Mahendra Bahubali was depicted quitting his position of nobility in the second installment due to his mother, just like Rama sacrificed in the Ramayana. Additionally, it is one of the most successful blockbuster movies and is similar to Adipurush.

Mahabharta is the subject of the 2010 dramatic movie Raajneeti. The Mahabharta is reenacted in this movie in a version of Kalyug where bureaucrats and politicians have assumed the roles of the monarchs. Samar Pratap, portrayed by Ranbir Kapoor, plays Arjuna in this movie, and Brij Gopal, played by Nana Patekar, plays Krishna or Bhishma. After returning from the United States, Samar tackles the murky realm of politics and battles it out with his relatives for authority.

One of the best historical movies, similar to Adipurush, is this Mani Ratnam production. Bollywood perfect couple Aishwarya Rai Bachchan and Abhishek Kapoor play the leading roles in Raavan. In a modernized setting, the movie is an adaptation of the legendary Ramayana story. However, the ending will come with an unexpected twist. This movie ought to remain on your list of potential viewings.

A 2003 fantasy action comedy movie from India, Jajantaram Mamantaram stars Aditya Chopra.  A young guy arrives at a place where small people live and is asked to protect them from their attackers. He is taken to a mystical island, where he aids the tiny residents in tackling the gigantic Jhamunda. In the end, good triumphs over evil in this story, no matter what else transpires.

Previous articleTeen Patti Rules: How Do You Play This Interesting Card Game
Next articleRRR or KGF Chapter 2 Which movie is better?
Udit Arora

The library of Disney+Hotstar is likely to expand more as new movies and shows are being added that...