Disha Vakani is a famous actress who shot to fame with her portrayal of Daya Ben, the wife of Jethalal Gada, in the hit sitcom of Sony, Taarak Mehta Ka Ooltah Chashmah. She is currently on a hiatus from the show, and fans are eagerly waiting for her to make a return. In fact, She has not appeared in any of the episodes of the comedy show in the last 5 years. The producers have cited repeatedly that Disha Vakani has not quit the show and will join the cast at a future date. Disha’s run as the popular Daya Ben is highly surrounded by mystery. However, if you are a fan of her who has already gone through all the episodes of TMKOC featuring Disha, then you can switch to the Bollywood films she has featured in her long career.

Before starring as the female lead in Taarak Mehta Ka Ooltah Chashmah, many people might not know that Disha had debuted as the main lead in a Bollywood flick. Her career began in 1997 with the mystery thriller Kamsin: The Untouched. Later, she appeared in supporting roles in Bollywood films but could get the success she deserved on the big screen. She then turned to television and featured in hit shows like Khichdi, Hero Bhakti Hi Shakti Hai and Aahat before landing the notable role of Daya Ben in Taarak Mehta Ka Ooltah Chashmah.

Disha Vakani essayed the role of a girl named Pinky in this thriller that was a box-office failure. The film received an underwhelming response, and the predictable plot of the film was highly criticised. Disha’s first film follows a group of young college friends who unexpectedly start to die one by one when the group goes for an outing.

Phool Aur Aag, released in 1999, was a film headlined by Bollywood superstars Mithun Chakraborty and Jackie Shroff. The film is a remake of a Tamil movie and follows a noble zamindar who the villagers misunderstand. Vakani did not make a significant appearance in the movie, and apparently, her character was not even given a name in the film. Similar to her first feature film, Phool Aur Aag was also a disaster at the box office.

One of the greatest movies ever made in Indian cinema, Devdas starred Shah Rukh Khan, Aishwarya Rai and Madhuri Dixit in primary roles. The film was directed by Sanjay Leela Bhansali and went on to become an international success. Disha Vakani appeared as Sakhi in this blockbuster film.

Mangal Pandey: The Uprising was released in 2005 when Disha Vakani had already started working as Daya Ben in Taarak Mehta Ka Ooltah Chashmah. She starred alongside Aamir Khan and Rani Mukerji in this historical drama which the critics hailed. The film also marked the return of Aamir Khan to the big screen after almost four years.

Disha Vakani played one of the major supporting roles in this low-budget dramedy released in 2006. She essayed the role of Salma Disa in the flick. The movie follows a guy who hatches a plan to marry a rich girl to secure a fortune without working hard. It was a failure at the box office.

Jodhaa Akbar, based on the love story of Mughal emperor Akbar and his wife Jodhaa, was a monstrous blockbuster that broke many records at the box office. The film was highly praised for its casting, action sequences and the ability to evoke different emotions. Disha played the role of Madhavi, who assisted the queen Jodhaa with her daily routine.

C Kkompany was a comedy film that starred Tusshar Kapoor, Rajpal Yadav and Anupam Kher in prominent roles. It failed at the box office, but critics praised the film for its clever use of comedy. Disha Vakani was seen in a special appearance in the movie. She played Asha Trivedi.

Love Story 2050 was a Bollywood film that suffered from its overuse of experimentation. The film starred Priyanka Chopra and Harman Baweja in lead roles. It was a commercial and critical failure. Disha appeared as a maid in the movie. It was released in 2008. Love Story 2050 is the last movie in which Disha made an appearance.

Also Read: Do you Know TMKOC Actor Dilip Joshi aka Jethalal acted in these 8 Bollywood Movies! 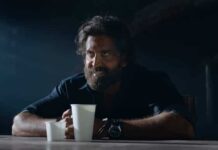 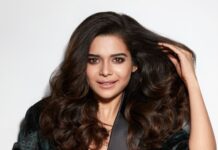