Brahmastra Part One: Shiva, the much-awaited first film of the Brahmastra trilogy created by Ayan Mukerji finally released in the theatres on 9th September 2022. The film is exactly what it promises through the teaser and trailer. Brahmastra is a never before seen cinematic masterpiece that opens up endless possibilities for Bollywood to expand its range in filmmaking.

Ayan Mukerji’s dream project has one of the finest VFX with a crisp screenplay and stunning songs that immerses viewers for the entire length of the movie. There is never a dull moment in this beautiful visual spectacle. Brahmastra has set the platform for Ayan Mukerji’s Astraverse, which is the Indian version of a superhero franchise. 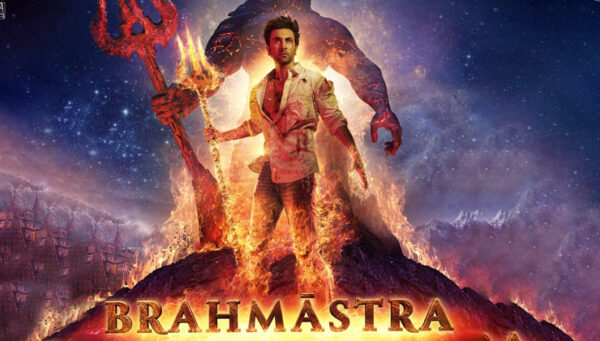 The expectations were too high for this film, and brilliant acts by artists have made it a movie worth spending your money on. Ranbir Kapoor has delivered his career best, while Alia Bhatt is turning gold whatever she touches nowadays. The chemistry between the newlywed couple is just mesmerising to watch. Amitabh Bachchan is, as usual, at his best with his solid voice and fantastic acting.

Ayan Mukerji had a great challenge in front of him when he decided to include so many stars in this big-budget superhero movie that is already a behemoth at the box office with its advance booking. The veteran actor Nagarjuna has a significant role which has made his return to Bollywood an exciting affair. Mouni Roy shines despite her character having shades of cliche. Shah Rukh Khan’s cameo is fantabulous, and we are definitely rooting for his own film in the Astraverse.

The movie starts off with a simple plot in which a girl falls in love with a guy. However, the twists arrive when the guy discovers he has unnatural powers, which ultimately sends him on a mission to fight off the nefarious forces alongside the society of protectors of Brahmastra. This secret society which guards weapons made from Godley and natural powers, lives among the people in disguise. Mukerji had chosen the festival of light Diwali as the setting for this film to retain the original Indian charm of this film which is heavily influenced by western superhero flicks.

The beautiful songs composed by Pritam Chakraborty in the movie are just too soothing and calming in the midst of all the action, superpowers and unexpected twists and turns. Brahmastra is a character-driven movie that wants you to look forward to the upcoming stories that will supposedly blow your mind. We loved Ayan Mukerji’s dream project and advice you not to miss out on this masterpiece.

Faraaz Movie Review: Faraaz is not meant for the weak-hearted. The film is a brutal retelling of a...
Entertainment

Chhalaang is a movie that is based on the life of a sports teacher and his itch to...