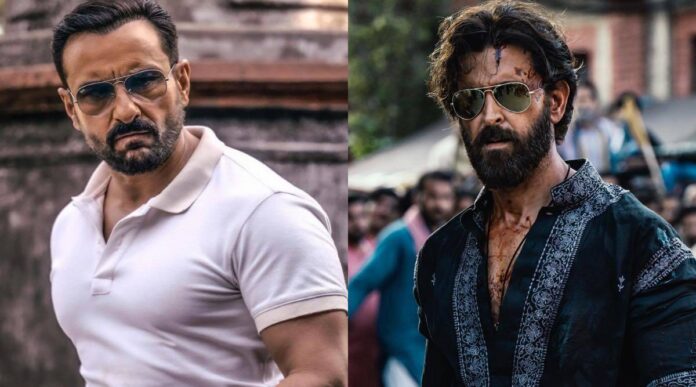 Vikram Vedha starring Hrithik Roshan, Saif Ali Khan and Radhika Apte, is going to release in the theatres on 30th September 2022. The trailer of Vikram Vedha was dropped on 8th September 2022 on YouTube. For those who don’t know, Vikram Vedha is a remake of the Tamil film of the same name starring Vijay Sethupathi and R Madhavan.

Hrithik Roshan is reprising the role played by Vijay Sethupathi, while Saif Ali Khan will reprise the role essayed by R Madhavan. The movie has already generated a lot of hype and interest with its trailer. Fans are eager to watch this Bollywood flick on the big screens. Vikram Vedha can ultimately be the movie that stands up against the Boycott Bollywood trends to become a huge success at the box office.

Here’s why we are counting on Vikram Vedha to end the Bollywood slump:

Hrithik Roshan and Saif Ali Khan, two of Bollywood’s biggest superstars, are coming together on the screen after eighteen years. Before Vikram Vedha, they were seen sharing screens in Na Tum Jaano Na Hum, which was a huge hit in 2002. Both Hrithik and Saif are considered to be actors who get deeply involved in their roles, and we wish for a breathtaking performance from them. 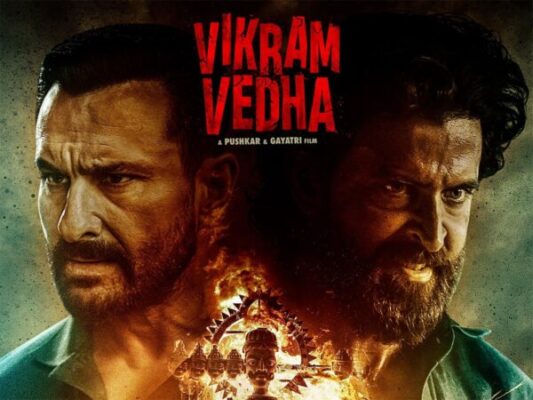 Those who have seen the Vikram Vedha trailer would know what we are referring to here. Even though the trailer gives you a good idea about the film, you will still be baffled by the true motives of Hrithik’s character in the movie. Why is Vedha waging war against inspector Vikram? What’s Vedha’s end goal? Is Vikram really what he seems to be? These are some of the questions that we need answers to as soon as possible.

Vikram Vedha is a movie that we can count for great action sequences. If you have seen the Tamil version of the film, then you would know that the movie is going to be packed with brilliant action scenes. Hrithik Roshan and Saif Ali Khan are expected to be involved in a heated battle in this movie that we believe will end the Bollywood slump.

The background for Vikram Vedha, which is releasing on 30th September 2022, sounds fantastic. The beats included in the trailer just heighten the tension, mystery and suspense in the film. Vishal-Shekhar and Sam C. S are handling the music responsibilities, and we can confirm that the film has an absolute banger of a soundtrack.

Pushkar-Gayathri, the duo who directed the high-octane Tamil Vikram Vedha (2017), is also writing and directing the Bollywood version starring Hrithik Roshan and Saif Ali Khan. One can expect the Vikram Vedha remake to retain the original charm as well as add a few new interesting, and exciting details to the narrative.

Bollywood’s Greek god Hrithik Roshan is one of the most handsome men on the planet Earth. However, Vikram Vedha Hrithik has undergone a drastic change to fit the narrative of the movie. He looks raw and fearsome. His look has gone viral on social media, and the fans of this superstar are definitely gonna flock to the theatres in huge numbers just to admire Hrithik’s look for about two hours. 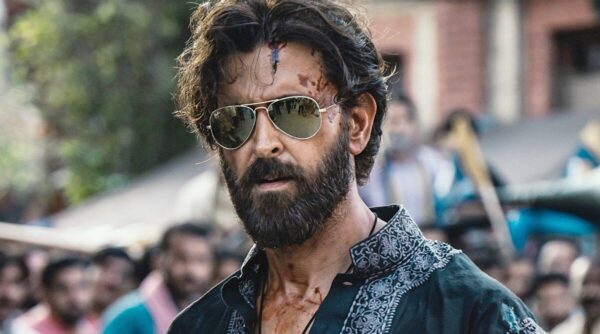 The biggest problem with the recent Bollywood movies is their dull screenplay. The story for a lot of Bollywood flicks nowadays seems to get stuck at one point. Brahmastra, the much-awaited film, is suffering due to the same mistakes. However, Vikram Vedha appears to have a crisp screenplay, and since Pushkar & Gayathri are directing it, we are sure they are going to waste no time on unnecessary things.

Radhika Apte gets a special mention from us. She is one of the finest actresses in Bollywood right now. Whatever movie and web series she acts in turns to gold. Radhika is known to pick films and shows which have storylines that people wanna watch. We are sure that she has wonderfully slayed her part in Vikram Vedha movie as well.

The camera work in Vikram Vedha is completely mind-blowing. If you have watched the trailer, you will know how skillfully P.S. Vinod has done his work. Some of the scenes like Vikram and Vedha’s altercation in the police station and their face-off in the rain are just a delight to watch. It is another great reason that we believe will help Vikram Vedha in ending the slump for Bollywood movies at the box office.

What’s Bollywood fans have been missing is a thrill ride that can make them experience different emotions in just about two hours. Vikram Vedha releasing on 30th September 2022, is promising to be a never before seen thriller created by Bollywood. Thriller is by far the most popular genre nowadays, and we hope this movie will work at the box office.

Previous article
Watch: The ROFL TVF Indian Dressing Room Vlog to Laugh Out Loud
Next article
Yashoda teaser: A captivating tale of a pregnant lady struggling for her life and survival
Virat Verma

Over time, social media has evolved into one of the most accessible means of contact for Bollywood celebrities....
Talent

Rajkummar Rao and Patralekhaa cannot get enough of their wedding photos. On the other side, we haven’t gotten...
Entertainment

Kuttey is going to release in the theatres on 13th January 2022. The posters of the movie and...
Entertainment

Adipurush Postponed; Gets a New Release Date, Here’s When Prabhas Starrer is Releasing

Adipurush, an Indian mythological drama starring Prabhas, Saif Ali Khan, and Kriti Sanon, has been postponed after a...
Entertainment