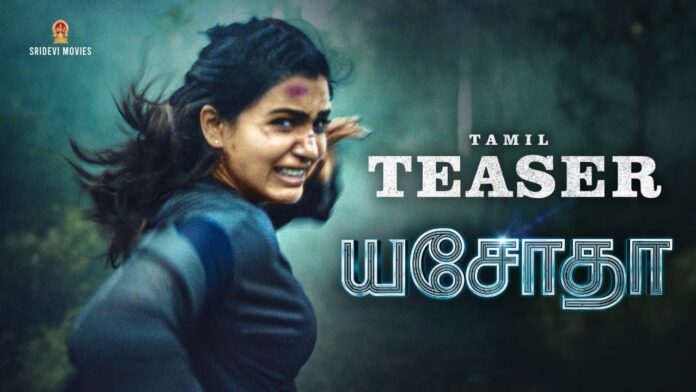 The teaser for the eagerly acclaimed Tamil movie Yashoda, featuring Samantha Ruth Prabhu, was recently released. Samantha is portrayed in the promo video as a tough female fighter who is fighting for her life. Although the planned global film was shot in Tamil, it will be remade in Telugu, Kannada, Malayalam, and Bollywood. The teaser was released on Twitter by bold actress Samantha, who added, “Strength, willpower, and adrenaline”

Yashoda, portrayed by Samantha Ruth Prabhu, is notified she is pregnant in the teaser. The physician then counsels her to take the best possible care of herself. As the doctor goes over the rules and regulations of pregnancy during the first month, a sequence of photos of her running for her life appears on the screen. This teaser concludes with a suspenseful tone as well.

The audience now understands that Samantha is in a psychological thriller, but they are left with numerous questions, such as why she is escaping, why she is not safe, who is chasing her, and why is a pregnant woman going through such difficulties. That is precisely what a director desires. Yashoda’s creators have succeeded in leaving an imprint on the brains of their viewers.

#SamanthaRuthPrabhu raises excitement amongst fans with the teaser of her next, netizens take to social media! #Yashoda https://t.co/VdblbPypSw

People on social media were also thrilled by the Yashoda Teaser, which was launched earlier in Hindi and Telugu. A Twitter user tweeted the trailer and expressed his excitement for the film’s debut. Another person shared her delight at seeing Samantha on the big display again. 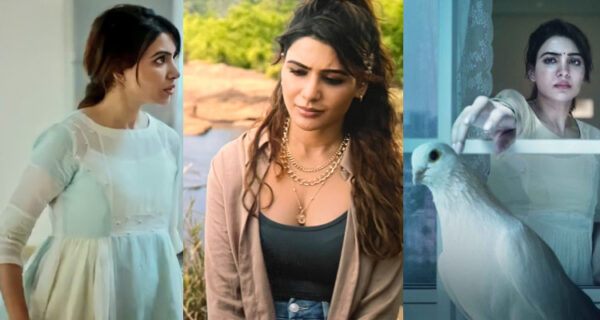 Hari and Harish made the film, which was produced by Sivalenka Krishna Prasad. Yashoda is sponsored by Sridevi Movies and will be released this year. In addition to Samantha Ruth Prabhu, the movie stars Varalaxmi Sarathkumar, Shatru, Rao Ramesh, Madhurima, Sampath Raj, Murali Sharma, and Unni Mukundan.

Samantha, who is currently enjoying the popularity of her recent movie Kaathu Vaakula Rendu Kaadhal, is excited about the production of her upcoming magnum opus Shakuntalam.

Samantha stated at the film’s premiere in 2020 that this will be her ideal endeavor and dream part. She is also collaborating with Gunasekhar for the very first time. Samantha will also mark her Hollywood premiere in Arrangements of Love, created by Downton Abbey creator Philip John.

Previous article
Vikram Vedha: 10 Reasons Why It Will End The Bollywood Slump
Next article
8 Most Shocking Secrets about Mallika Sherawat You Should Know
Flickonclick Team

Disney+ Hostar launched a number of new shows and movies in April 2022, including Moonlight, Death on the...
Talent

Weekends are no more for just sleeping in. The two days of the week are your chance to...