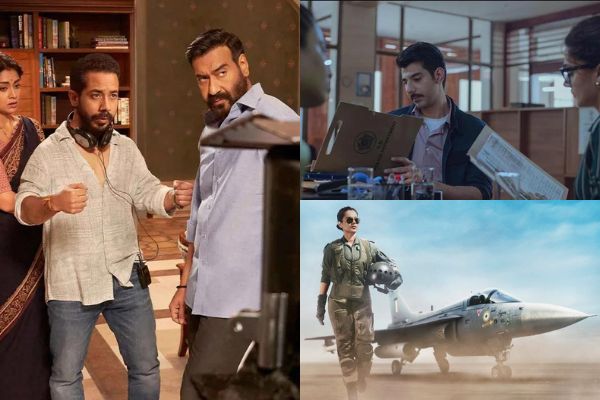 After almost two years of silence in the cinemas, the Bollywood film industry has started to roar again with smashing hits like Bhool Bhulaiyaa 2, Runway 34, Jersey and more. Fans are flocking in large numbers to witness their favourite stars on the screen. However, the audience has become smart and showed the filmmakers that they want a good storyline and engaging characters to compel them to visit the theatres. Big budget films like Samrat Prithviraj and Dhaakad have been utter flops despite the buzz and hype around them. Meanwhile, Hit: The First Case and The Kashmir Files turned out to be successful at the box office due to their powerful narrative and captivating plot.

Bollywood needs to up its game with the upcoming movies to not lose its place to Tollywood as the biggest source of entertainment for Indian folks. RRR, KGF 2 and Vikram have shown that Indian viewers want good content on their screens irrespective of the film industry it comes from. With many superstars like Akshay Kumar, Ajay Devgn, Ranbir Kapoor, Alia Bhatt and Aamir Khan eyeing movie releases in the second half of 2022, the audiences can definitely expect to be delightfully surprised by the upcoming Bollywood films.

Here is the List of Upcoming Bollywood Movies in 2022:

This upcoming Aamir Khan movie is expected to break all the box office records for an Indian film. Aamir Khan films always tend to do magic at the box office, and the hopes of the Hindi film industry will be on this flick to showcase the brilliance of Bollywood. Laal Singh Chaddha is inspired by the hit Hollywood movie Forrest Gump which won an Academy Award for Best Picture at Oscar in 1992. It is the extraordinary journey of an ordinary man. Aamir Khan has huge shoes to fill in as the replacement of Tom Hanks in the Hindi version of this film.

Also Read: 8 Bollywood Movies with the Worst Climaxes and No Narrative

Akshay Kumar suffered a devastating blow when his much-hyped film Samrat Prithviraj failed miserably at the box office. However, everyone knows that Khiladi Kumar will pop up on their screen with another flick in just a few months. With Raksha Bandhan, Akshay Kumar is making his return in style on the big screen. The film will be locked into a box office battle with Laal Singh Chaddha. Raksha Bandhan will tell the story of a guy who has four sisters. He tries his best to gather money for the marriage of all four of them. The trailer for the film was heartwarming and won many hearts with its simplicity and genuineness.

The sensational actor Vijay Devraknonda is marking his much-awaited Bollywood debut with the action-packed Liger. It is one of the most awaited upcoming Bollywood movies in 2022. It has been known that Vijay has taken extensive MMA training to prepare for his role in this film. The stakes have already been raised too high for the movie to perform well at the box office. With all the buzz and hype, it just needs a good story to soar at the box office. The film will be the journey of a kid raised in the streets of Mumbai. How the kid becomes a champion kickboxer and MMA fighter forms the core of this story. It also stars Ananya Pandey and Ronit Roy.

Taapsee Pannu recently proved her acting prowess with the biopic of Mithali Raj. The actress has been hailed for her realistic portrayal of the former Indian women cricketer. Pannu will make her return to the big screen with the film Dobaaraa which is based on the Spanish film Mirage. Anurag Kahsyap will direct the movie. It will follow a woman who gets the ability to time travel and also the capability of influencing her present timeline. Will she use her powers for her personal gains, or will she put them to use for a societal cause? It will also star Rahul Bhatt, Saswata Chatterjee and Pavail Gulati in pivotal roles. Kangana Ranaut is a lady superstar who likes to do movies that she spearheads. She has found success so far, but her latest film Dhakkad was not well received by the critics and the audience. However, that does not stop her from preparing for her upcoming Bollywood movie Tejas, which is promised to be an adventure ride for the viewers. The movie will star her as a lady pilot in the Indian Air Force. Other details about the plot are still tight-lipped by the production house. It will be directed by Sarvesh Mewara. Varun Mitra, Anshul Chauhan and Veenah Naair will also play prominent roles in the film alongside Kangana. 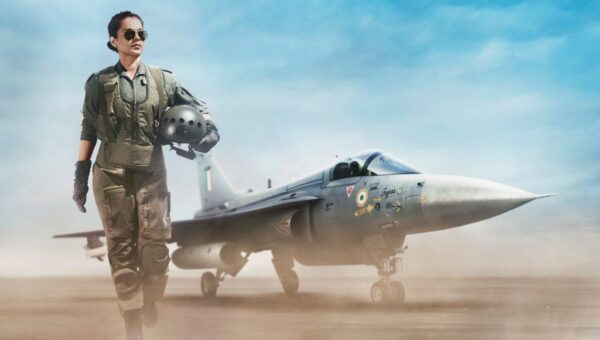 An upcoming Bollywood film that is already trending on social media despite the release of the film being more than three months away. Phone Bhoot stars Katrina Kaif, Siddhant Chaturvedi and Ishaan Khatter in lead roles. It is produced by Farhan Akhtar and Ritesh Sidhwani. According to the sources, the movie will star the three main characters as ghost hunters. More details about the plot of the film are awaited.

Also Read: Upcoming South Indian Movies that can Break the Records of KGF and RRR

This upcoming Ajay Devgn movie is trending almost every other day on Twitter. The film has already created unmatched hype and buzz. Ajay Devgn is expected to return with another banger after Runway 34. Thank God also stars Sidharth Malhotra and Rakul Preet Singh in lead roles. Indra Kumar will direct it. The upcoming comedy movie will leave a surprising message for the fans, as claimed by Sidharth Malhotra.

The most hyped and the most awaited movie of 2022 is Brahmastra Part One: Shiva, which stars Ranbir Kapoor, Alia Bhatt, Amitabh Bachchan, Akkineni Nagarjuna and Mouni Roy. Shah Rukh Khan will also make a cameo in this film. Brahmastra is a planned trilogy, and the first part will set up the stage for upcoming releases. Ayan Mukerji, the film director, has been working on this film for quite a few years, and the trailer has made people compare this film to the Marvel and DC superhero movies. Will one of the most awaited upcoming Bollywood movies justify the hype and excitement? It remains to be seen.

Drishyam is one of the most loved mystery thrillers ever produced by Bollywood. The film has become a cult classic over the years. The second part of the loved film will feature the same star cast from the previous film. Ajay Devgn and Shriya Saran will reprise their roles. Tabu will also return as the police officer, while Akshaye Khanna is a new addition to the film’s cast. Abhishek Pathak will direct it. The South Cinema trend is currently sweeping the film industry. In such a setting, Indian film is also...