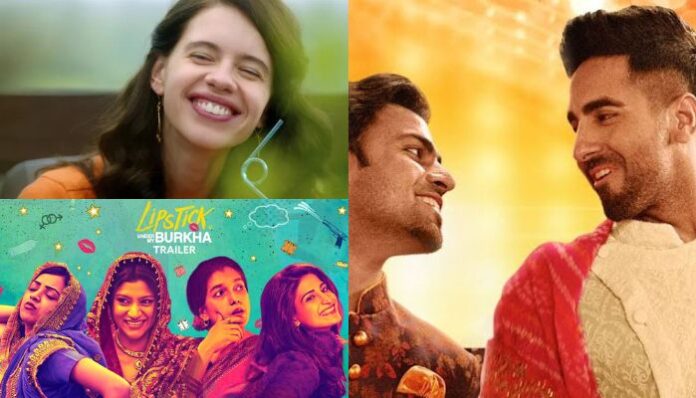 Bollywood works well with a wide array of genres but still takes a step back and hesitates when it comes to movies that deal with sexual backgrounds. With sex and all things associated with it are considered to be a big taboo in India, there are a few directors who are taking the chance to work with these taboos by highlighting them in their strong storylines and breaking the social norms by giving us movies that are good food for thought. 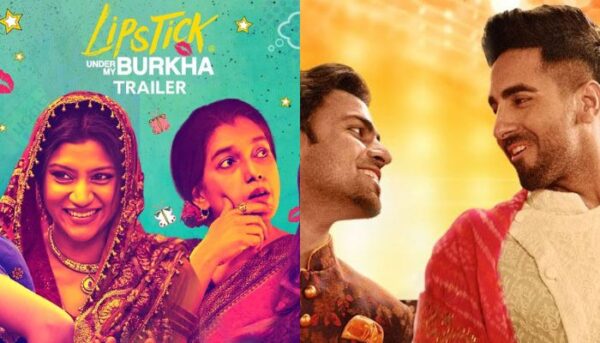 Here’s a list of 10 Bollywood Movies that Breaks the Sexual Taboos:

This 2015 film directed by Shonali Bose triggered the topic of differently-abled people being perceived as sexual beings too. With Kalki Koechlin in the lead role with cerebral palsy, the movie deals with her, exploring the sexuality she possesses, fighting for her basic right to be considered even if she’s different and the acceptance of it all. The movie beautifully expressed her journey and the fight she gave for her mere existence and possession of basic rights.

Set in the arid land of Rajasthan, this 2015 drama film by Leena Yadav brings out the story of three women who are battling the dishonors of society and are being put down for various reasons. With the story of Rani (Tannishtha Chatterjee) who is a young widow and is taking care of her ailing mother-in-law, Lajjo (Radhika Apte) who is unable to conceive and is blamed for her infertility time and again, and Bijli (Surveen Chawla) who is a street dancer and part-time prostitute, Parched brings out the tales of these three women finding their own ways to get the feeling of sexual liberation they face due to their circumstances.

This movie stars the king who owns the movies that break social stigmas. With none other than Ayushmann Khurrana in the lead role along with Bhumi Pednekar, this movie talks about the humiliation and guilt that one faces due to erectile dysfunction and the consequences one faces in life due to it. The movie is a remake of the Tamil movie Kalyana Samayal Saadham and is directed by Anand L. Rai where he is successfully portraying a subject that is rarely discussed in Bollywood.

This comedy-drama film of 2022 by Jai Basantu Singh breaks a taboo that is new to Bollywood. With a storyline of a woman facing challenges while selling condoms in a small village of MP, the movie brings out Nushrat Bharucha in a fresh light of a role that she had never played. Women buying and selling condoms is considered to be an age-old challenge in our society and this movie tries to break that very stereotype with its narrative.

With Ayushmann Khurrana making his debut in Bollywood and the arena of movies that work with addressing social taboos, he delivers a brilliant performance in this rom-com directed by Shoojit Sircar. The movie talks about the normalcy of sperm donation and delivers the message with absolute ease along with hints of laughter. The movie throws light on the budding relationship of Ayushmann Khurrana and Yami Gautam and the way these two make room for the fact of him being a sperm donor.

This 2022  biographical crime drama by Bhansali, starring the prolific Alia Bhatt in the lead role, brings out prostitution and its impact on sex workers in bright light. The way a simple fun-loving girl who was dragged into forced prostitution, accepts her reality and makes a mark for herself and her fellow workers is portrayed with sheer brilliance in the movie. It shows how these workers have to let go of something as basic as love because of their background and the lens of disgust with which they’re viewed by society when they try to hold the ground for themselves.

This movie talks about the alternatives to natural pregnancy and how they are still not considered openly and actively in our society. This comedy-drama by Raj Mehta tickles our funny bones and delivers a strong message to openly accept the option of In Vitro Fertilisation (IVF). With a story where the exchange of sperm samples of two couples leads to a burst of laughter and an emotional riot at the same time, the movie did exceptionally well with it being one of the biggest blockbusters of 2019.

This 2020 romantic comedy by Hitesh Kewalya stars Ayushmann Khurrana alongside Jitendra Kumar highlighting their queer identities and their gay relationship. The movie is a roller-coaster of efforts taken by these two to be accepted whole-heartedly by their family. The challenges faced by people in our society to come out of the closet and be fearlessly expressive of who they are is one of the biggest social stigmas that the movie attempts to show and portray with hints of laughter and sensitivity.

This 2005 rom-com starring Saif Ali Khan and Preity Zinta openly worked around showcasing the idea of live-in-relationships and pre-marital pregnancy. Live-ins are still considered a big no in our society and are still something that people do secretly. This movie did a brilliant job of showing a woman who decides to stand up for herself after she gets pregnant with her boyfriend’s child who wishes to abandon her for the same reason.