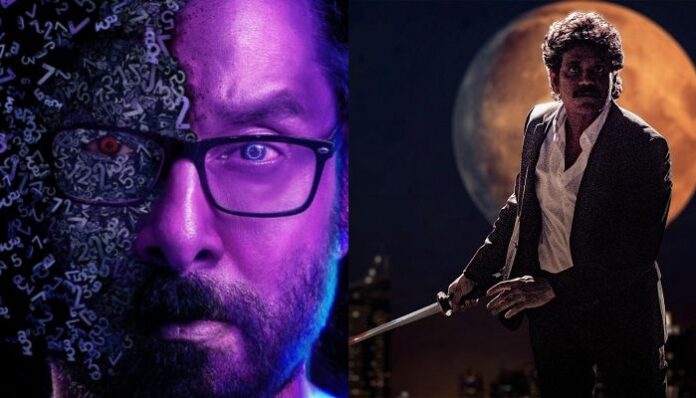 Blockbusters like KGF Chapter 2 and RRR have asserted that Indian viewers are no longer pursuing star-studded films. The theatre-going audience now demands movies that can deliver impactful and engaging storylines. South Indian movies are delivering to the expectations of viewers. Directors like SS Rajamouli and Prashanth Neel have constructed screenplays that have captivated audiences. Their films KGF 2 and RRR wreaked havoc at the box office. However, more delightful films are coming our way in 2022 that can shatter the all-time box office records. Filmmakers like R. Ajay Gnanamuthu and the veteran Mani Ratnam are gearing up for the most awaited South Indian releases that can actually turn out to be trendsetters. Here in this blog, we have covered those upcoming South Indian movies that can really shake up the box office. The four film industries comprising Tamil (Kollywood), Telugu (Tollywood), Kannada (Sandalwood) and Malayalam (Mollywood), are bringing a few grand-scale films that we need to absolutely watch on theatres. 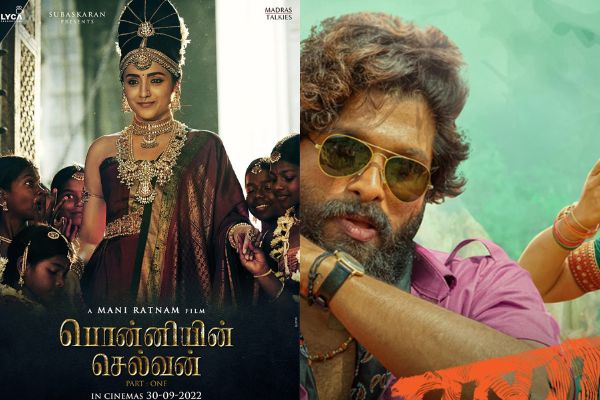 Here are the Upcoming South Indian Movies that may shatter the box office records:

This upcoming Tamil movie has all the ingredients to be a blockbuster. The movie has an ensemble cast that features Vikram, Aishwarya Rai Bachchan, Trisha, Karthi, Aishwarya Lekshmi, Sobhita Dhulipala, Prabhu, Prakash Raj, Jayaram and more. The Oscar winner, A.R Rahman, has been tasked with handling the music of the film. Veteran director Mani Ratnam has termed it his dream project, which is already destined to get a sequel.

It is based on a historical novel written by Kalki Krishnamurthy in Tamil. The movie will explore the loves of Cholas, Pallavas and other powerful factions in the Southern part of India between 300 – 1300 CE. One of the most awaited upcoming South Indian movies that has all the buzz and hype to make it one of the most successful films ever in the Indian cinema.

Hit: The First Case was an engaging thriller that left viewers with unanswered questions. The movie has already inspired a remake which was also directed by the original filmmaker for the film, Sailesh Kolanu. This upcoming Tollywood movie is promising to be a thriller that will keep you glued to your screens until the credits start to roll at the end of the film. It stars Adivi Sesh, Meenakshi Chaudhary and Bhanu Chander in lead roles.

The movie is a standalone film that works on its own and does not directly continue the storyline from the prequel. You must be baffled that without providing answers to some questions, why is Sailesh Kolanu moving on? Well, this is where the thrill lies. The director will somehow mix up the elements from Hit: The First Case, but it will not affect the overall narrative of the new film. One of the most awaited upcoming South Indian movies that will bring the thrill and chill.

Another upcoming Kollywood film that has created a lot of buzz and hype with its ensemble cast, which includes Vikram, the KGF fame Srinidhi Shetty, the former Indian cricketer Irfan Pathan, Miya George, Roshan Mathew and other famous stars in leading roles. Similar to Ponniyin Selvan, the music for this film is also composed by the legendary musician A.R. Rahman. It will be directed by R. Ajay Gnanamuthu.

The film will simultaneously release in three languages- Hindi, Tamil and Telugu. Cobra has an interesting and unique plot in which a mathematical genius played by Vikram adopts an alias called Cobra to commit crimes using his mathematical skills. Cobra is one of those upcoming South Indian movies that brings a breath of fresh air into the film industry.

The upcoming Tollywood movie, The Ghost-Killing Machine, became the talk of the town when its scintillating teaser was recently released via YouTube. Akkineni Nagarjuna, who will be starring as one of the leads in the upcoming big-budget Bollywood movie Brahmastra plays the main role in The Ghost- Killing Machine. Praveen Sattaru will direct this movie.

The teaser for the film revealed that Nagarjuna is a killing machine with katanas in his both hands. The action-thriller quickly became one of the most awaited upcoming South Indian movies with its marvellous trailer. Gul Panag, Anikha Surendran, Manish Chaudhari, Ravi Varma, and Shrikanth Iyyangar will also star in prominent roles in the film.

Pushpa: The Rise starring Allu Arjun and Rashmika Mandanna, was a smashing hit in both North and South India. The film became a trendsetter, with Allu Arjun’s action and mannerisms being copied by a ton of influencers on social media. On top of that, the Oo Antava featuring Samantha Ruth Prabhu went viral like a wildfire. The sequel to this film is coming to the theatres in December 2022.

The movie will further continue the storyline, which focuses on the business of illegal red sandalwood. Pushpa and Bhanwar Singh will bring an end to their rivalry once and for all with this flick. Sukumar will direct the movie, while Rashmika Mandanna and Fahadh Faasil will also play leading roles. The movie may release in about ten languages simultaneously in India.

GodFather starring Chiranjeevi, has crossed Rs 50 Crores at the box office in just 2 days. The Day...