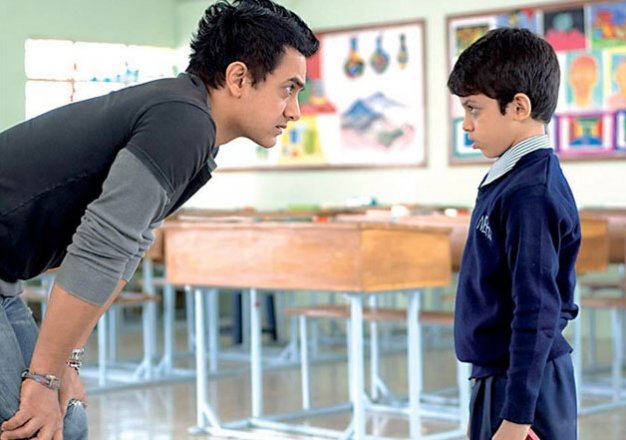 Bollywood produces the most number of films in the world every year but only a handful of them can be considered suitable for kids under 13. Since nowadays most movies involve violence and drama that we as a society would want young kids to stay from until they reach a certain age where they can evaluate everything on its merit. However, that does not mean that the kids do not have good content to stream. In the past 20 years or so, many Bollywood flicks which bring both joy and inspiration to kids have been released. Here we have listed a few of them.

Hrithik Roshan, Preity Zinta and Rekha star in the Bollywood film that has now been turned into a superhero franchise. We all know kids love superheroes, powers, comedy and magic. This film offers it all. An autistic man forms a bond with an alien left behind on Earth which changes his entire life for good.

Where to Stream: ZEE5

Aamir Khan features in this inspirational movie as a teacher who motivates his students to follow their dreams and passions. The film follows the life of a student who is leaning towards the art of painting and drawing but his family wants him to focus on mathematics and other worldly subjects. Not just for kids a Bollywood movie that deserves to be watched by everyone irrespective of age group.

All kids dream of becoming a sensation and a superstar that everyone could look up to but only a few manage to be successful. This movie traces the journey of a girl who dreams of being a popular singer but faces opposition from her family. She then starts posting her songs anonymously on the internet. Aamir Khan also features in this film.

It’s a Bollywood movie infused with drama, comedy and inspiration, I Am Kalam is a fascinating film that will keep any kid hooked for its entirety. It follows a kid who changes his name to Kalam after being inspired by the journey of the former Indian president APJ Abdul Kalam. He then hopes to meet the man who shaped the Indian scientific revolution.

A coming-of-age drama that’s made more beautiful by the stellar performances of the cast. Udaan is about a student who is fired expelled from his school and forced to work for his father’s victory. Even though the kid wants to write and bring his imagination to life. We loved this movie and are sure that every kid would also find it fascinating and motivating.

Shreyas Talpade and the Bollywood veteran Naseeruddin Shah star in this fictional sports drama that I loved watching as a child on DD National. This film has a beautiful story that can inspire any young kid who wants to chase his dreams. Iqbal a deaf and mute boy convinces a rugged and retired coach to teach him the art of bowling so that one day he can play for India.

Where to Stream: ZEE5

A kid’s comedy movie that became hugely popular upon its release for its concept, Stanley Ka Dabba is a must-watch. The film is about a boy named Stanley who does not bring his lunch to school. He is then ordered by a teacher to bring lunch to school or face severe consequences.

Where to Stream: Hotstar

It’s a film that made most of us hear the slogan chillar party chanted in unison by the kids playing outside. The film follows a few kids who befriend an orphan and a stray dog. They try to save the dog when a ruthless politician issues an order to get rid of all stray dogs in the city.

An orphaned kid living in an orphanage finds a magic bat which helps him hit long boundaries with ease. He is then spotted by the coach of the Indian cricket team who recruits him directly into the Indian side setup. The kid debuts for India against Pakistan and plays an astonishing inning which surprises everyone. It’s one of the best Bollywood movies for kids under 13.

Foto, a young 11-year boy has struggled to form a bond with children of his age. He likes to live in his own world of imagination. However, things get stranger for him when a film crew arrives in his town. Those kids who feel that they are not able to connect with others should definitely give it a watch.

For centuries, Hindi cinema has served as a mirror, reflecting the periods and events that the country has...