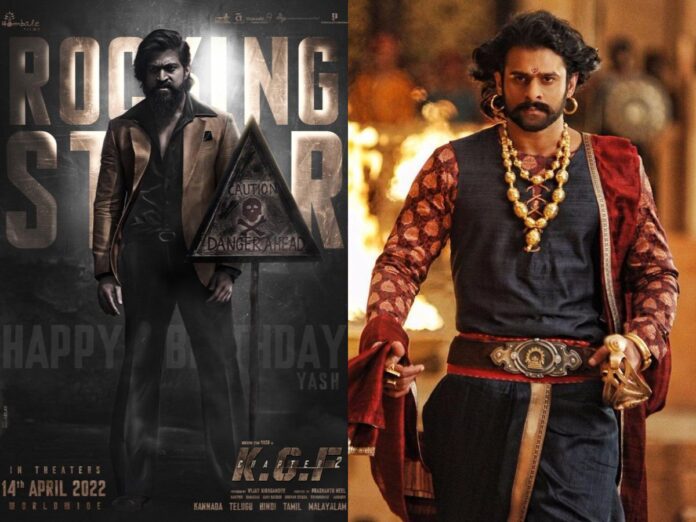 South Indian movies are making an impact with both their storylines and the grandeur of their films. North Indians are always searching for the best Hindi dubbed South Indian movies on OTT platforms to watch some good and original content. One thing about South movies is that most of them have original storylines, unlike the popular Bollywood films which are just remakes. Here we have found the best Hindi dubbed South movies that you can watch right now on OTT platforms.

The epic movie directed by SS Rajamouli has become the talk of the town since its release. It’s the most successful South Indian Hindi dubbed movie available to stream on Netflix. The movie features an ensemble cast which includes Ram Charan, Jr NTR, Alia Bhatt, Trisha Krishnan and Ajay Devgn. It follows the life of two revolutionaries in British India.

Another epic Indian movie directed by SS Rajamouli Bahubali 2 is the highest-grossing South Indian movie ever. It is the sequel to Bahubali which raised everyone’s expectations with the question of why Katappa killed Bahubali. When it was released in the theatres it was the most anticipated film ever. You can watch this South movie in Hindi dubbed version on Netflix.

The highest-grossing movie at the Indian box office in 2022 is KGF Chapter 2 which traces the adventures of Rocky Bhai and his feud with a new threat. The film is loved by the masses and has made a superstar out of the Kannada actor Yash. It’s one of the best Hindi dubbed South Indian movies to watch on Amazon Prime Video.

This is a recently released Tamil language thriller on Disney+ Hotstar. The Tamil film is now also available in its Hindi dubbed version on the OTT platform. It follows a forensic expert who discovers a big conspiracy behind the death of a pregnant mother and the series of murders following that. The unexpected twist in this film is worth waiting for.

Allu Arjun and Rashmika Mandanna feature in this film which inspired many trends on social media. The film is about red sandalwood smuggling. A labourer rises in the world of smuggling and clashes with enemies and police in his quest to rule the world of red sandalwood. You can watch the Hindi dubbed version of this South Indian movie on Amazon Prime Video.

Released in 2022 this is another Kannada movie that left its impact on the people with its emotional and heart-touching storyline. A terminally ill dog and a rugged man form a special bond of friendship in this beautiful film. It’s easily one of the best Hindi dubbed South Indian movies to watch with your family on Amazon Prime Video.

A movie that came out of nowhere to take everyone’s breath away with stellar performances, Major is one of those films that very few realised was a great Telugu film until it was released on Netflix. It follows the life of an Indian army Major who gave saved the lives of many civilians by giving away his own life in the 26/11 attacks. A must-watch among the best Hindi dubbed South Indian movies.

Mahesh Babu starred in this thriller that received mixed reviews from critics upon its release. The film is centred on a big banking conspiracy. A young man who had lent a significant amount to his lover wants to recover the money from her politician father. However, during his quest, he stumbles upon a big scandal. This South movie is available in Hindi dubbed version on Amazon Prime Video.

Thalapathy Vijay and Pooja Hegde feature in this action thriller that was released in the theatres in 2022. The film features Vijay as a RAW agent dealing with trauma. He is tasked with saving the lives of many people in a mall when the terrorists take over the building. Netflix has acquired the rights to the Hindi dubbed version of this South Indian movie.

Last but not least on the list of best Hindi dubbed South Indian movies is Master which features Thalaptahy Vijay in the lead. The movie follows an alcoholic professor who enrols at a juvenile facility as a teacher and gets embroiled in the business of saving the kids from a criminal who uses them as scapegoats for his crimes. You can watch it on ZEE5.

RRR, the epic period action drama from the director of the Bahubali series, SS Rajamouli, has shattered loads...