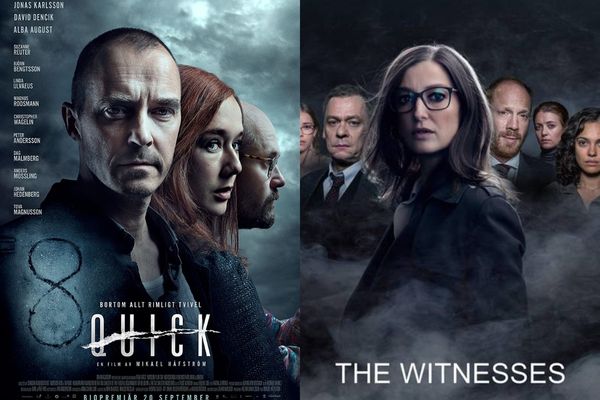 BookMyShow, a premium platform for booking tickets for movies and live events, expanded its functions during the pandemic by introducing a new feature that allows the BookMyShow Stream users to select the best movies and shows according to their tastes and preference and watch them by renting or either purchasing the films for a lifetime. Many Bollywood, Hollywood and Tollywood movies and premium shows are available on the platform, and the library just keeps extending daily. We have selected the 10 best films and series that you can watch on the BookMyShow Stream right now.

Here are the 10 best movies and shows on the BookMyShow Stream to watch right now:

BookMyShow stream just included Forrest Gump, the movie which is the inspiration for the newly released Laal Singh Chaddha. It’s a beautiful film released in 1994 which went on to win many Oscars and become a classic over time. The movie stars Tom Hanks, Robin Wright, Sally Field and Gary Sinise in pivotal roles. It is considered a masterpiece and definitely is among one of the best movies and shows to watch on the BookMyShow Stream in 2022. The film tells the story of an earnest but mentally challenged boy named Forrest who inspires others around him. 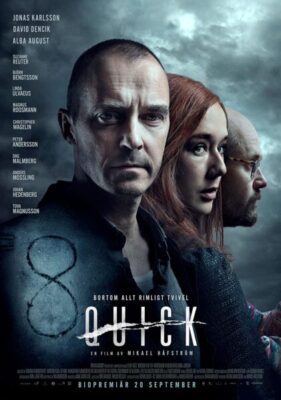 Quick is a Swedish film that will captivate you with its enthralling plot that just keeps on getting more interesting and exciting as the film carries on. The film is based on the real Swedish scandal that shook the world. It shows how a journalist works hard to save a man who is sentenced to 30 years imprisonment on the charges of 30 murders. The interesting story shows how one man went against everything and everyone to get to the truth that was sealed away in the corner. It’s an excellent movie to watch on the BookMyShow Stream in 2022.

The Sister is a thriller TV series that will give you chills when you watch it. The British psychological thriller shows how the life of a devoted man is turned upside down when a ghost from his past turns on his doorstep and delivers a piece of shocking news that makes him question everything. This surprising chain of events leads to disastrous consequences that you won’t see coming. It is also among the best movies and shows that you should watch on the BookMyShow Stream in 2022. 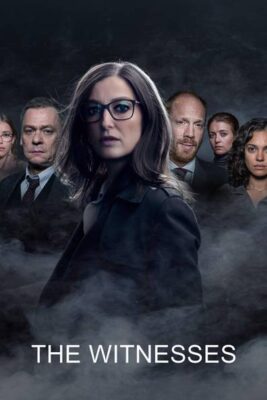 The Witnesses is a thriller developed and produced by the streaming platform BookMyShow stream. It’s made on an interesting concept that makes it worthwhile watching. The show tells the story of a girl who is kidnapped. Her saviours only have a few hours to get to her before she disappears for eternity. However, they must piece together the information from unreliable witnesses in order to determine the kidnapping’s motive and everything else.

The Sunlit Night is a romantic drama that will soothe your soul. It’s a film you should watch when you are feeling low. The movie gives a feel-good vibe that will add colour to your day. Released in 2019, it stars Gillian Anderson, Alex Sharp, Zach Galifianakis and Jenny Slate in pivotal roles. The movie is definitely among the best movies and shows on the BookMyStream. It shows how an aspiring painter meets eccentric locals and a New Yorker while working on a barn in Norway.

Daniel is a Danish movie released in 2019. It follows the titular character Daniel in his epic quest for survival. The movie depicts the story of a young photographer who is taken hostage by ISIS in Syria. He is forced to obey ISIS for 398 days. What goes on with him and his family during this time of friendship forms the core of this film which is among the best movies and shows to watch on BookMyStream in 2022.

BookMyShow stream a wide variety of movies and shows available on the platform. Heroic Losers is a Spanish movie released in 2019. It’s a comical adventure that will surely make you laugh. In this movie, a few neighbours from a community band together in order to get back their money from a corrupt lawyer and bank manager during the banking crisis in Argentina. It should be on your radar as it’s a nice film to evoke a few laughs.

Gatecrash is a psychological mystery thriller that will make you question the reliability of the narrative when you are watching the captivating film. It shows how a couple who is involved in a hit-and-run case finds that all the evidence suggests that there was no accident. The movie will serve as a guilty pleasure for those who just love suspense and mystery.

9- The Girl With A Bracelet

The Girl With A Bracelet is rightly among the best movies and shows to watch on BookMyStream in 2022. It’s a captivating and enthralling film that benefits from the solid performances of the cast. The movie is about a teenager who is accused of murdering her best friends. She goes on trial, and the movie becomes a legal drama that’s filled with tension.

10- The Heist of the Century

The Heist of the Century is a Spanish language film released in 2020. The movie is a thriller comedy that shows how a group of criminals successfully loot a bank by using toy weapons. They leave no trace behind during the theft and find themselves enjoying all the money before the wife of one of the thieves goes after them after she finds out that her husband has been cheating on her. A pretty unique concept that definitely deserves a watch.

The Telugu film industry is one of the most popular regional film industries in India. There is a...