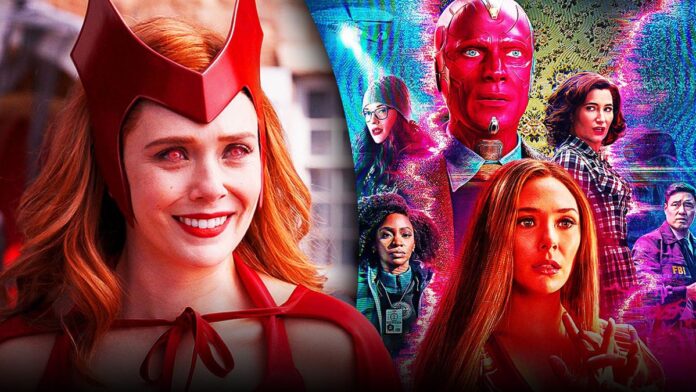 Superheroes have traditionally been a popular theme in numerous types of fiction. Their larger-than-life narratives excite us, offer us optimism, and, in some circumstances, provide a viewpoint on difficulties in our own situations that we frequently overlook. If you want to watch a fantastic Superhero Web Series on Netflix, Amazon prime, and other OTT platforms. you have a bewildering array of choices to pick from.

Superhero categories appeal to both children and adults. The concept of having superpowers and fighting bad dudes has always been appealing. Productions in the comic world are large-scale and time-consuming. The outstanding visual effects, well-choreographed action sequences, fantastical realms, and powerful protagonists cause a rush of excitement to rush through our blood.

Jupiter’s Legacy, one of the latest Netflix Superhero web series, is a touching family story with superheroes thrown in for good measure. The series, based on the Image Comic book series by Mark Millar and Frank Quitely, examines the tensions between two eras of superheroes and raises moral and societal issues. Although the series has several plot difficulties and was cancelled after only one season, it nevertheless manages to raise some intriguing topics. There’s also a lot of great superhero combat to keep the audience entertained.

The Boys is an adult action thriller superhero web series made by Eric Kripke for the OTT channel, inspired by a popular DC Comics web series of the same name. It approaches superheroes in a unique way. These great heroes are frequently admired for their charitable acts, but what occurs when they abuse their abilities? A vigilante organization rises up versus the superheroes in order to reveal their wickedness. Karl Urban (formerly seen only in Thor Ragnarok), Antony Starr, Jack Quaid, Tomer Kapon, Karen Fukuhara, and Eriarty appear in the key roles.

In 1989, 43 kids were delivered at the chance to moms who were not pregnant. Sir Reginald Hargreeves, a wealthy, has the means to acquire seven of these odd youngsters. These kids have magical abilities. He educates them as superheroes and prepares them to protect the world from the big doom. The Umbrella Academy, inspired by Gerard Way’s Comedy book series, is one of the best superhero web series available to stream on Netflix. The series’ primary actors are  Tom Hopper, Elliot Page, Kate Walsh, Robert Sheehan, David Castaeda, Adian Gallaghe,  and Emmy Raver-Lampman.

Ragnarok is one of the best Norwegian superhero web series available to stream on Netflix. It is a retelling of Norse legend. As a harbinger of the end of the world, a village begins to face natural disasters. As the difficulty grows, a teenage boy is confronted with the reality of becoming Thor, the god of thunder. He embarks on his adventure to combat the evil powers intent on annihilating the Earth. The two-season, 12-episode program has a 45-minute average run duration.

The wonderful part about WandaVision is that it has a novelty other than just being a superhero. Wanda (Portrayed by Elizabeth Olsen) and Vision (Portrayed by Paul Bettany) are trying to live a very regular life in a New Jersey suburb, shacking up, dressed in period attire, and devising more wacky ways to conceal their mutant powers from their neighbors. The series moves through the decades, spoofing everything from Dick Van Dyke Show to Modern Family, but as it progresses, it becomes abundantly evident that things are not as they appear within the constraints of this TV universe.

It is one of the best shows available to stream on Netflix and ranks 6th in our list of best superhero web series. Lucifer series is Inspired by the Dc Universe character, this avatar of Lucifer Morningstar (Portrayed by Tom Ellis) grows tired of being the demon and flees hell in disobedience of God. He then decides to transform into a human and start a nightclub in Los Angeles. When Lucifer becomes involved in a murder, the LAPD invites him to participate in the case alongside investigator Chloe Decker (Portrayed by Lauren German). He also faces the fallout from his decision to ignore his responsibilities and battle different angelic and evil forces on Earth.

The program is titled after the fictionalized version in the DC universe where the captain America crusader, Batman, resides. The episode depicts the early days of GCPD Investigator Jim Gordon and the lives of teenage Bruce Wayne after his folks are murdered. Bruce and his butler Alfred are on a never-ending search for vengeance as he battles to cope. Gotham also tells the origin histories of Batman’s most heinous adversaries.

This show is an edgier take on DC Comics’ Young Titans. It revolves around a group of youthful superheroes who get together to combat darkness. Dick Grayson, Batman’s previous sidekick, and the original Robin bring a group of untrained people under his roof to teach them how to use their skills. Kory Anders Portrayal as Starfire, Rachel Roth starring as Raven, Garfield Logan playing as Beast Boy, Jason Todd portrays the new Robin, and Connor Kent acting as Superboy joins the group. They face off against numerous well-known DC criminals, including the lethal killer Deathstroke.

Supernatural, created by Warner Brothers and scripted by Eric Kripke, is one of the most popular Best Superhero Web series available on Amazon Prime. It centers around two younger brothers who have superhuman skills and combat supernatural things such as monsters and devils. This action-packed television series’ captivating tale is full of gripping surprises and turns. The television show has 15 seasons and a total run duration of 40 minutes.

Watchmen is a special superhero web series based on the 1986 DC Novels of the same title. This superhero drama, developed by Damon Lindelof and available on the OTT service Disney+ Hotstar, is set in a futuristic universe where prejudice has fuelled murder in society. The state police are the target of the 7th Cavalry, a white nationalist militia. The show was critically acclaimed and received 11 Primetime Emmy Nominations.

Previous article33 Hot and Bold Pics of Sunny Leone That Show Her Ravishing Avatar
Next articleExcited about the FIFA World Cup 2022! Here is a catch for purchasing match tickets
Udit Arora

Want to conquer the summer vibe this April by binge-watching some good drama? The various OTT platforms, on...
Entertainment

Nothing is more satisfying than resonating with the characters in a movie or a series, feeling what they...
Entertainment

Disney+ Hotstar is one of India's leading OTT providers. The service offers a wide range of material, featuring...