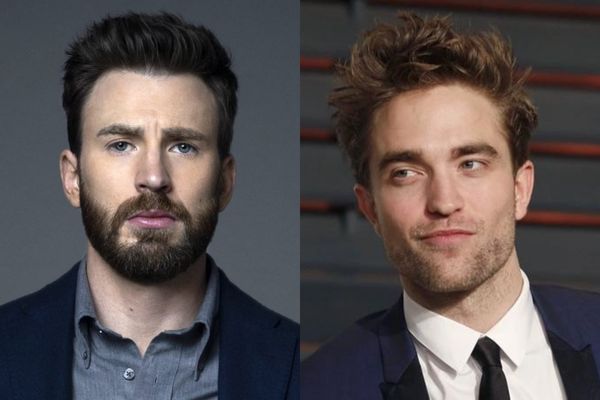 The English actor who recently portrayed Batman is one of the most desirable celebrities in the world. Robert Pattinson’s face has been reported as the most perfect face for a man. The charming actor is a popular ladies’ man. He dated Kristen Stewart and has worked in the Twilight franchise as the leading actor. Robert Pattinson is the most handsome man in the world in 2022.

Kim Taehyung, popularly referred to as V, has managed to feature again in this list of the most handsome in the world after already being a part of this in 2021. The South Korean singer and songwriter who is part of the famous boyband BTS has become a sensation all over the world with his great looks. He is very popular among the ladies and surely one of the most desirable men in the world as well.

The Indian actor is often called a Greek god because of his good looks. Hrithik Roshan always features in the list of the sexiest men in the world and also in the list of most handsome man in the world as well. His good lucks, perfect body and great hair make him a sensation. Now that he is single again, he has become even more desirable.

Brad Pitt, the Hollywood actor, is ageing like a fine wine. He continues to be among the most handsome men in the world with his fine body and face, which many women would love their spouses to have. He was married to the beautiful Hollywood actress Angelina Jolie and Jennifer Aniston in the past. However, he is now single again, which makes him an eligible bachelor.

Fondly referred to as Captain America, Chris Evans has immortalised his name in Hollywood with a mind-blowing and unforgettable performance as the superhero we all loved and adored. In fact, many of us want him to make a comeback as Marvel’s Captain America. Chris Evans is surely one of the most handsome man in the world in 2022.

The former English football player is married to the famous singer and television personality Victoria Beckham. He is just perfect from all the edges. Despite being a soccer player, he achieved the stardom of a highly respected celebrity. His on-field charisma when he was active, and most definitely his good looks, made him one of the earliest soccer superstars the world has seen.

The man who just loves doing dangerous stunts by himself despite having a face that women around the world don’t want to get scarred at any point in his life. Tom Cruise has crossed the age of fifty but still looks fresh as a daisy with his skin ageing backwards. He is surely one of the most handsome man in the world in 2022.

The Iraqi model, actor and photographer have left many celebrities behind to be recognised among the most handsome man in the world. He continually features in the list year after year while the celebs around him keep changing. Omar’s Iraqi look and killer eyes give him that extra bit of distinctiveness from the other men in the world.

The American actor looks exactly the same as he used to look over twenty years ago. Many celebrities have shown their bafflement at Paul Rudd’s ageing, which seems to have no effect on his face and body as a whole. The actor has worked in many comedies over the years and now also plays the role of the superhero Antman in Marvel movies.

Another American actor who features on the list of most handsome man in the world in 2022. Zac Efron got popular in High School Musical Films. He is one of the fittest young stars in the entertainment industry. Efron has achieved a lot at a very young age and is already considered a fine actor by his peers and people around the globe.

Hrithik Roshan has delighted Bollywood fans with his best movies for over two decades now. He debuted in...
News