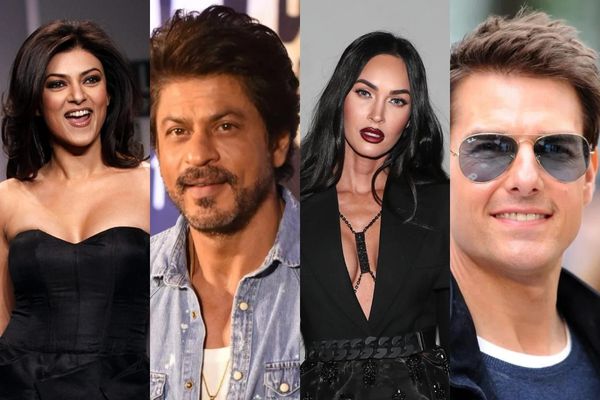 Bollywood and Hollywood celebrities always appear to be flawless characters walking among the likes of us with unusual and bizarre habits. However, these celebrities are also addicted to a few weird habits that may even make you cringe.

1- Megan Fox, the famous Hollywood actress, has an unusual gross habit of not flushing after using a washroom. She herself revealed this shocking habit of hers in an interview. 2- Alia Bhatt, the top actress in Bollywood right now, uses only men’s perfume. For some bizarre reason, she thinks that men’s perfume smells better than women’s.

3- Sunny Leone has a shocking habit of washing her feet regularly at the interval of 15 minutes. She takes a break every 15 minutes or so during the shoot to wash her feet.

Also Read: 8 Bollywood Actresses that are elder than their husbands

4- American singer Kesha had one of the most bizarre habits ever for a celebrity. She used to drink her own piss in order to get a better physique. We are stunned beyond belief on this one.


5- Oscar winner Sandra Bullock is one of the prettiest actresses in Hollywood. However, you will be shocked to hear that she uses haemorrhoid cream on her face to keep away the wrinkles.

6- Shah Rukh Khan, the world’s biggest movie star, has a weird habit of wearing footwear all day long. He once revealed that he takes off his shoes only once a day. 7- Aamir Khan, the perfectionist, is not a perfectionist when it comes to cleanliness. He hates taking a bath.

8- American singer Christian Agueilra has a peculiar and gross habit of not washing her hands after using the washroom. Even her friends are disgusted by this habit of hers.

9- Bollywood legend Amitabh Bachchan wears two wristwatches. This uncanny habit started when Abhishek Bachchan was out of India, and Big B used to keep track of his son’s time with the second watch on his wrist.


10- Former Miss Universe Sushmita Sen recently surprised everyone by announcing that she is dating Lalit Modi. However, you will be more shocked to hear that she likes to take a bath in the open at her terrace. 11- Bollywood actor Jeetendra who has taken a back seat from acting, has a super gross habit of eating Papaya while sitting on the pot.

Also Read: 8 Bollywood actresses who are no less than food bloggers

12- Cameron Diaz’s OCD for cleanliness is almost at a freakish level. She opens the restaurant doors with her elbows.

13- Bollywood’ Nawab Saif Ali Khan likes to spend time in his bathroom as he has a library and telephone extension installed there.


14- Hollywood actor Johnny Depp who recently won his lawsuit against Amber Heard, has a weird habit of not changing his clothes for over a week.

15- Now, this one will make your eyes pop. Demi Moore, the beautiful Hollywood actress, uses bloodsucking leeches to detox her body. Just thinking about it makes us shiver.


16- Hollywood actor Tom Cruise who never seems to get older, weirdly uses nightingale droppings as part of his facial concoction to keep his skin from ageing. Well, in his case, it seems to be working, so we don’t mind. 17- Brad Pitt, the actor who was married to gorgeous Angelina Jolie, has revealed that he does not use soap. He claims there are toxins in it.

18- Pamela Anderson is weirdly afraid of her own reflection. The actress has an unusual habit of not seeing herself in the mirror. How she still manages to look flawless is just something we can’t fathom.


19- Jeniffer Aniston is big on superstitions. She has weird ways of making good luck follow her on a flight. She enters the aeroplane with her right foot and touches the sides of the plane as she boards.

Also Read: Bollywood Celebrities Who Fell in Love at First Sight on the Sets

20- Shahid Kapoor is addicted to coffee. The actor has a strange habit of drinking at least ten cups of coffee per day. We hope this does not cause adverse effects on his body in future.