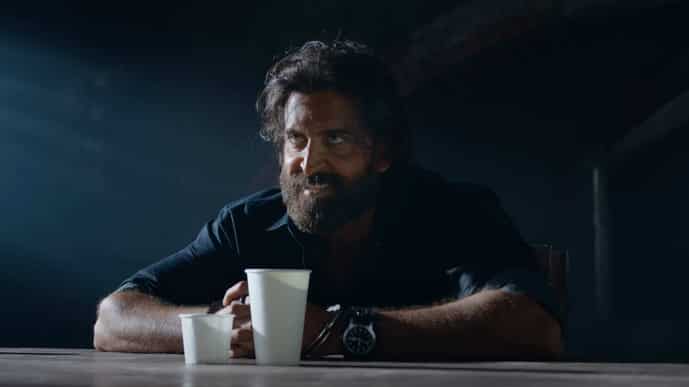 Vikram Vedha Box Office Collection Day 2 is estimated to be around Rs 12.75 crores according to the early trends. The trade experts are claiming that the film will continue to display decent growth until the holiday of Dusshera. Vikram Vedha showed 25% more occupancy in the theatres on the 2nd day.

Vikram Vedha box office collection day 1 was just about Rs 11 crores which was way lower than anyone had expected. Despite positive word of mouth and two big superstars in the lead, the action-thriller has performed underwhelmingly at the box office till now.

The film, directed by Pushkar-Gayatri, is locked in a clash with Mani Ratnam’s epic Ponniyin Selvan which is actually doing good numbers at the box office. Reportedly Mani Ratnam’s Ponniyin Selvan is a big hit overseas, and the film has already minted more than Rs 50 crores on the first day itself.

Mani Ratnam’s PS 1 is doing great in the Southern parts of India, which had implications on the Vikram Vedha box office collection day 2. Will the magnum opus created by Ratnam take over the Indian audience, or will the Vikram Vedha featuring Hrithik Roshan and Saif Ali Khan gain momentum in the upcoming days? The answer to this question could very well be hidden in the box office collection on Sunday for both the films.

Vikram Vedha has now done a total business of about Rs 23.75 crores at the box office, which is much less than what we expected. The action-thriller is a cat-and-mouse game between a criminal and a cop filled with many twists and turns. It is a remake of the Tamil movie of the same name. Pushkar-Gayatri also directed the Tamil version.

Previous articleWho is the Most Handsome Man in the World in 2022? Find Out
Next article10 Best Marathi Web Series to Watch on OTT Platforms in 2022
Virat Verma

Mister Mummy box office collection day 1 is estimated to be around Rs 30 Lakhs. The movie is...
Entertainment

Bollywood has long been fascinated with rewriting history. Several historical period films have been released in large numbers...