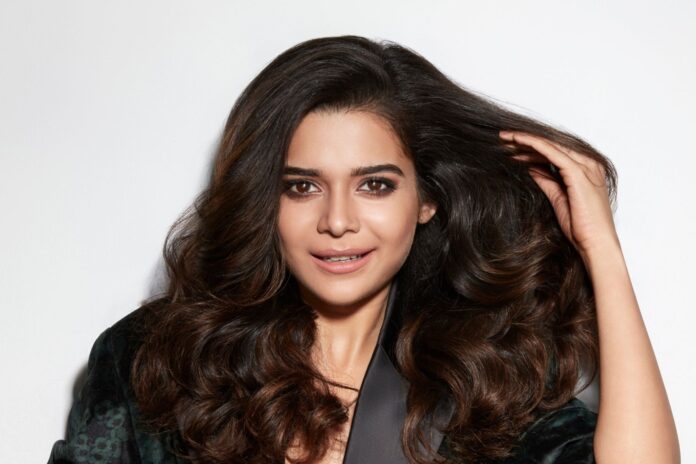 Mithila Palkar is an Indian actress who is known for web series and movies like Little Things, Girl in the City, Karwaan and Muramba. She has also worked as a playback singer. Her video in which she created the cup song in the Marathi language went viral on the web. Here we have covered everything about Mithila Palkar’s age, height, movies, web series, tv shows, songs, net worth and upcoming films and projects.

Q2. Why is Mithila Palkar famous?

The Indian actress is famous for working in the web series Little Things and Girl in the City.

Q3. What is the weight of Mithila Palkar?

Q4. What is the age of Mithila Palkar?

Mithila Palkar is aged 29 years as of now.

Q5. Are Dhruv and Mithila together?

No, Mithila is not dating Dhruv.

Q6. Did Dhruv and Mithila ever date?

No, she did not date Dhruv. They are just good friends.

Q7. Does Mithila smoke and drink?

No, the Little Things Actress does not smoke. However, she occasionally drinks.

Q8. Where does Mithila lives and with whom?

Mithila has lived with her maternal grandmother since her school days in Mumbai.

Q9. Has Mithila worked in theatre?

Yes, Mithila actively participates in theatre. She is currently working on a theatrical drama Dekh Behen.

Q10. What is Mithila Palkar’s net worth?

Her net worth is not yet known.

Yes, the Little Things actress is highly popular on the social media platform Instagram. She has more than 3.6 million followers.

Q12. Is Mithila a YouTuber?

Yes, Mithila Palkar is a YouTuber. She has also worked as an actress in funny YouTube videos and series created by Filtercopy. She got this opportunity through Dhruv Sehgal, who introduced her to the team of Filtercopy.

Q13. Does Mithila know how to dance?

Yes, the Indian actress is actually a trained Kathak dancer.

No, she has not. Her talent is natural, and she has brought it out with her hard work. She has sung the Marathi version of the cup song.

Q15. When did Mithila Palkar make her Bollywood debut?

Mithila made her Bollywood debut in 2015 with the film Katti Batti. She played the role of Koyla Kabra in the movie.

Mithila loved Anna Kendrick’s cup song and made a Marathi version of the same in 2016. She titled the song “Hi Chaal Turu Turu” and uploaded it on her YouTube channel. This video went viral and made people recognise her singing talent.

Yes, Mithila has sung a song for the Marathi movie Muramba. She sang the title track with Jasraj Jayant Joshi in 2017. She also played the lead actress in the film by essaying the role of Indu.

Q18. When did Mithila give her first TEDx Talk?

The Little Things actress gave her first TEDx Talk in June 2017 in NIT Silchar, Assam. She talked about the need to follow your passions and dreams in life.

Yes, the Little Things actress is an animal lover and advocates for the better treatment of animals.

Previous article10 Most Overrated Bollywood Movies You Should Just Skip
Next articleWho is the Most Handsome Man in the World in 2022? Find Out
Virat Verma

Marrying a man who is significantly older than you can violate several social standards, causing society to blame...
Entertainment